​Solving the problem of holiness 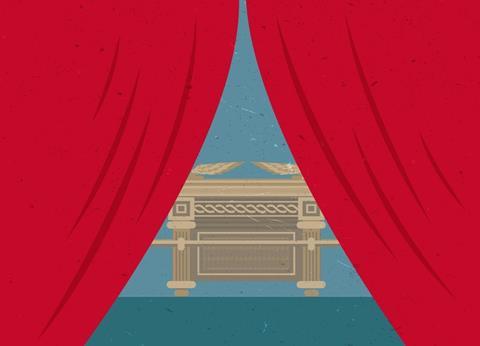 It’s great having a daughter who’s an archaeologist. When we visited Chester House estate recently, she pointed at a faint, double-lined square on a grainy geophysical survey map and said: “Look – an ancient British temple was here. The double line is because temples were built with a wall surrounding them. We’re not certain, but we think it’s because ordinary worshipers were only allowed into the courtyard. Only priests could enter the temple itself.”

Ancient people had a strong sense of the difference between the profane and the holy, regarding their gods as set apart – separate – from them. We no longer have the language to adequately describe it, but their concept of ‘holy’ was ‘different’, ‘untouchable’, ‘numinous’, ‘frightening’, ‘sacred’. So instead of going inside the temple where the gods lived, they prayed at small shrines in the exterior walls. When Christianity arrived, however, these Britons experienced something revolutionary: the priests welcomed them inside!

This revolution from closed temples to open churches is similar to what happened in the time of the Old Testament to the New. Solomon’s temple had a courtyard with walls to keep non Israelites out. Israelites could go into the courtyard to worship, but only priests were allowed inside the temple. Moses’ tabernacle had the same layout, though the barriers were made of animal skins. This layout emphasised that God was separate from his people – they couldn’t simply enter his presence. Ancient temples had the same basic layout long before God revealed it to Moses, so the concept of holiness, which separated people from their deity, wasn’t something special in God’s message to the Israelites.

When the top of Mount Sinai glowed and thundered with God’s presence, no one was allowed to approach even its base (Exodus 19:12) – not that they wanted to! (20:18). The Israelites, like worshipers of other deities, knew from earliest times that God was holy and his presence dangerous (Genesis 32:30). In stepping forward to inspect the burning bush, Moses is celebrated not for his curiosity, but for his bravery – and that he lived to tell what happened! When he went to meet God on Mount Sinai, the Israelites didn’t really expect him to survive: “As for this fellow Moses who brought us up out of Egypt, we don’t know what has happened to him” (Exodus 32:1).

But God showed the Israelites that they could cope with his searing holiness by giving them a way to deal with their sins: they could repent with offerings that foretold the ultimate sacrifice that would be made by Jesus. In the meantime, their sins weren’t entirely removed. The word ‘atonement’ in Hebrew comes from the verb ‘to cover’, not ‘to remove’ or‘to cleanse’. But it was enough to let them get close to God.

Everything changed in the New Testament because of Jesus’ death. As David had foretold, our sins were removed “as far as the east is from the west” (Psalm 103:12) – to the farside of the universe, as we’d say today. As Paul put it, the charge sheet against us was pinned to Jesus’ cross (Colossians 2:14).

How does removal of sin help us survive the holiness of God’s presence? I know I’m forgiven, but I also know I’m not perfect. Isaiah knew the answer: we need to be protected with a “breastplate” made of “righteousness” (Isaiah 59:17; Ephesians 6:14). In the Old Testament, the Holy Spirit came ‘on’ a prophet like Isaiah now and then, but God said the new covenant would be different: “My Spirit, who is on you, will not depart from you” (Isaiah 59:21). Just before he died, Jesus announced that this revolution had now come: “the Spirit…lives with you and will be in you” (John 14:17). The breastplate of Jesus’ righteousness gives us protection – even to the extent that we can cope with the holiness of God’s Spirit living in us.

GOD WANTS US TO BE CLOSE TO HIM

God had anothersurprise forthe Israelites. In the temple of any other deity, they’d expect to find the god himself – a super-sized statue overlaid with gold to inspire awe. Israelite priests, however, saw gold furniture – a table, lamp and incense burner – but no god. God didn’t live in one place, but everywhere.

The early Christians thought that God’s holiness meant he wanted to be separate, so they guarded the altar from the congregation. When I visited St Laurence’s Church in Bradfordon-Avon, an ancient Saxon church dating from AD700, I found the altar behind a thick wall with a narrow doorway. You can only see it clearly if you stand in the centre aisle nearthe front. Overtime, churches gradually reduced these barriers, and now most churches merely have a prayer rail.

Jesus’ sacrifice means we are no longer kept away from God’s presence. Instead of living in a ‘temple’ – a place to protect us from him – he lives in his ‘Church’. This word derives from the Greek for‘house’ (kuriakon), as if the Church is a home he invites us into, not a castle to keep us out. In the New Testament, the Church is called an ecclesia (‘assembly’) – ie ‘a body of people’. God’s temple is now built of ordinary believers, because that’s where his Holy Spirit resides (1 Corinthians 3:16).

The Bible doesn’t teach us that God wants to be separate because of his holiness. It says the opposite: God wants us to be close to him. That’s been true from the time he walked in the garden with Adam and Eve and will be true in eternity.

As Zechariah foresaw when he exclaimed in wonder that one day even ordinary cooking pots will be “holy” (Zechariah 14:20), God has removed the barrier between holy and profane. His holiness can now safely spread to everyone and everything.

With God living in us, the revolution becomes real when believers walk out of a church building and bring the presence of God into every dark corner of the world.