Justice, mercy and grace: What these biblical words mean…and why it matters

Each of these words describe an important way that God relates to us. But the third one is the most special, says David Instone-Brewer 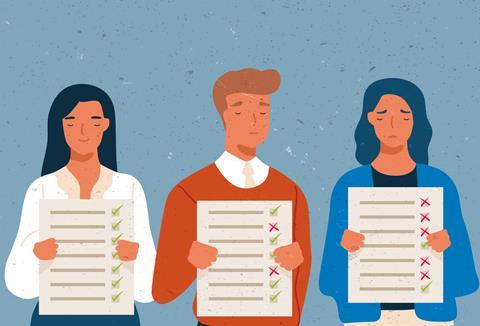 These three concepts, justice, mercy and grace, fill the Bible. We tend to let them merge together as generally ‘good’ ways in which God relates to us – but they are each very different in nature.

Imagine that you need a car. A friend lets you borrow theirs and then you scrape a panel by driving too close to a bollard. When you return the car, you offer to pay the cost of the repairs. What happens next? If your friend accepts the money, you have both acted with justice. If he waves your money away and tells you the scratch doesn’t matter, he is acting with mercy. And if he says: “I want you to keep the car as a gift” – that’s grace!

Grace is the free gift that you don’t deserve. Mercy is getting better than you deserve. And justice is getting exactly what you have earned and deserve to get.

In the Old Testament, we read a lot about justice because it was so wonderful for the Israelites to discover that God is fair. The gods of the nations around Israel were like those in Greek and Roman stories: they lied, tricked and connived with each other and with humans – when the gods could be bothered to notice them. Those nations expected their god to be on their side in battle, but only because he was defending his own territory.

But the Israelites learned that Jehovah was completely different: he cared for his people and acted with justice. This meant they could rely on him to be faithful to the covenant he made with them at Sinai. But it also meant that God expected them to keep their side of the promise – they had to follow his laws. Of course, they failed – massively. They forgot to keep festivals, neglected to pay tithes for the poor, and they turned away to worship idols.

IF ‘GRACE’ SOUNDS LIKE THEOLOGICAL JARGON, TRY SUBSTITUTING THE WORDS ‘GIFT’ OR ‘GENEROSITY’

If God had acted merely in terms of justice, he’d have thrown them out of the promised land and locked the gates, just as he did with Adam and Eve. Justice is wonderful when you are in the right, but if you step out of line, justice turns into judgement and punishment.

However, when Israel sinned, they discovered a different aspect of God’s character: his mercy. Instead of banishing them immediately, he forgave them and sent prophets such as Samuel to lead them. And when they kept sinning, he sent prophets such as Jeremiah to warn them. After forgiving them seven times 70 times (the number of Sabbath years they neglected – 2 Chronicles 36:21), God did exile them. But his mercy wasn’t exhausted, because he sent prophets such as Hosea to explain how they could return to him.

In the New Testament we find something completely new: grace. The Old Testament did have a word for grace (tuv), but it is usually translated “goodness” and only used about God in very significant passages: God’s personal revelation to Moses (Exodus 33:19), three psalms of salvation (25:7; 27:13; 31:19), Jeremiah’s introduction to the new covenant (31:12,14), and some visions of our future relationship with God (Hosea 3:5; Zechariah 9:17).

These predictions that God’s grace would enable a new relationship were not disappointed. The New Testament is bursting with this word – so much so that we don’t realise how special it is. We should really be printing it in gold leaf whenever it describes God – especially when it refers to the gift of Jesus and the gift of life that resulted from his death for us: “those who receive God’s abundant provision of grace and of the gift of righteousness reign in life through the one man, Jesus Christ!” (Romans 5:17).

If you find the word grace bypassing your mind because it sounds like theological jargon, try substituting the words gift or generosity (whichever fits the context best) and you’ll be close to the true meaning.

It appears that early believers very quickly became blasé about God’s grace and Paul warned we shouldn’t take it for granted by continuing to sin (Romans 6:1-2). And throughout the years, the Church seems almost to have forgotten about it at times.

In the third century, Augustine emphasised God’s mercy because, however hard we try, we will still be sinners. And in the eleventh century, Anselm described the crucifixion in terms of God’s justice, saying that his forgiveness was not simply a gift but that there was a cost to be paid that had to be matched by Jesus’ death. This re-established God’s justice as the prime focus of our relationship right through to Puritan times.

Nowadays, thankfully, we are re-emphasising God’s generous grace, while still celebrating his sacrificial mercy and recognising his holy justice. We cannot earn God’s grace; it is a gift offered to us out of his limitless generosity. And even if we still find this New Testament word strange, we don’t need a theology degree to accept it. All we need do is swallow our pride enough to say “Sorry” (repent of our sins) and “Yes, please” (receive salvation).

The old song is true: grace is amazing.