Is God calling me to become a vicar? 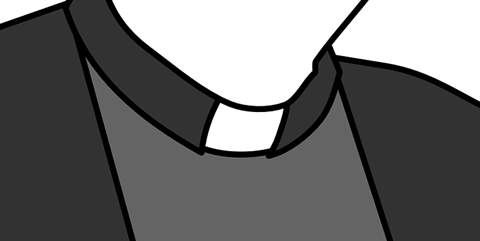 Q: I feel called to become an ordained minister in the Anglican Church, but I worry that being a single, full time father might disqualify me from following this path. What should I do?

I have had quite a lot to do with ordaining people and I’ve seen how God seems to work on different timescales.

To some people he seems to say, right from day one, “This is what you’re going to be and do.” In my case, it was as early as seven or eight years old. More normally, however, it seems to happen later in life: in your teens or even into your 50s or 60s.

There’s no one-size-fits-all. I think it’s a matter of serving in the place where you are growing within the life of the people of God. For some people, as they do this, they learn to pray with others about this form of ministry and it shapes them.

There might be some things that disqualify you from ordination if, in your past, there is any open and unhealed scandal. I’ve tragically had to deal with some people who have done things which made it more or less impossible for them ever to be credible. They couldn’t stand up in front of the congregation and lead them in worship because people would think, “Oh my goodness…what did they do?”

At the same time, we do believe in forgiveness and fresh starts. That is what the parable of the prodigal son is all about. This includes people who’ve made dire mistakes, and who, if everything they’d ever done was to be displayed in public, would hang their head in shame (as pretty much all of us would, if we are honest!).

But there are some specific things where it’s too much and their ministry may not be viable. This is because it has to be received by the people they are serving. If in the congregation, for good or ill, there are a lot of people saying, “Oh, but didn’t they do such-and-such,” it may then be a matter of the bishop saying, “Yes, he did, and he has repented and I know he is a reformed character.” This is absolutely fine in principle, but depends very much on the specifics.

When it comes to being a single parent, I know plenty of people in ministry in that situation. Some entered as single parents, some came in as married parents but their partner said “I’m off” after a year or two of ministry. Sometimes the churches then rejected them, which is cruel and, frankly, despicable, when the person is an authorised, trained, qualified person and it wasn’t their fault.

If you are feeling called in this way, there are local clergy and people in your diocese who can help to advise you on your personal circumstances, and I hope that they would be gentle, wise and clear.

There is discernment needed, and that discernment is a very delicate thing. It’s a matter of prayer, thinking it through and wrestling with it.

Hear more on the ‘Ask NT Wright anything’ podcast. Download it and submit your own question at AskNTWright.com