How to avoid being punched in the face 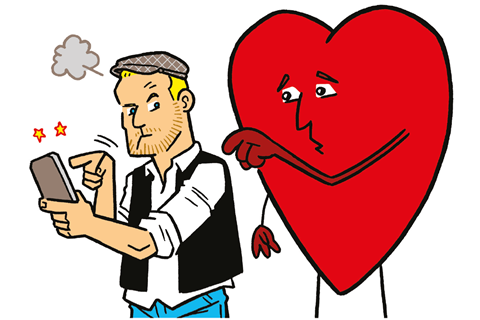 The legendary boxer Mike Tyson described the state of our online communications pretty succinctly: “Social media made y’all way too comfortable with disrespecting people and not getting punched in the face for it.”

Just last week I had a silly tiff with someone in the faith space that spiralled wildly out of control for a few hours. But we managed to wrestle through it and ended up in a place of total reconciliation, beginning a brand-new friendship. Drinks are now in the calendar!

I learned three things from this ‘feud’ that might help the next time you take the digital bait from ‘that relative’ or ‘that account’:

Point scoring is for people playing games. I don’t want to play around; I want to build the kingdom of God. So often I miss the forest on account of the trees, fixating on lawyering my way to victory in an argument, rather than taking a step back and focusing on my main objective, which is unity. Or at least kindness. People like me can tend to be overly ‘positional’ in conflict, defending our worldview at all costs, without an emphasis on the ‘personal’, defending the relationship at all costs.

Secondly, humanise before you criticise.

In the matrix of ones and zeros that is the internet, it can be all too easy to forget that on the receiving end of our amazing, razor-sharp comeback is someone just like you. Maybe they’re sitting in their pyjamas with unbrushed teeth and a gaggle of toddlers clawing at them. Maybe they’re stressed and the last thing they need is more conflict. Maybe yesterday they got a terrible phone call.

I made the mistake of assuming that an account with the name of an institution was a big, unfeeling corporate entity. Really it was just some guy, very much like me, whose Saturday I had ruined. Our breakthrough came when we finally decided that the keyboard wasn’t the right tool for this job of reconciliation and picked up the phone. If you have the opportunity to make a personal connection, I would urge you to get away from the computer as quickly as possible and on to the phone.

Thirdly, they will know us by our love (John 13:35)…not our perfection.

When I got to the gym on Monday morning after the dust had settled, one of my friends, who is not a Christian, came up to me and said: “I saw all that stuff that went down online over the weekend…” and my heart sank a bit. Then they went on to say: “I was so impressed that you both made the effort to get on the phone and work it out.”

At the end of the day, I don’t think the people of the world expect us to be free from conflict. But they do expect us to passionately pursue reconciliation. Love doesn’t require us to agree on everything, but it does require us to disagree well. (Especially with Mike Tyson.)