Does Jesus want me on his team? 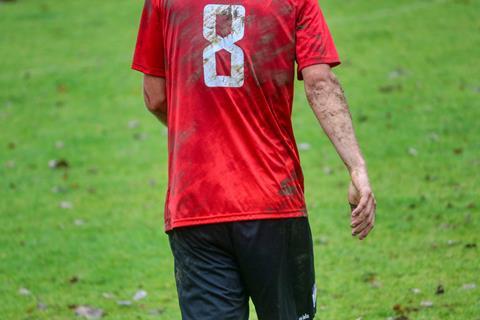 There were just ten seconds left in the game, a dreary nil-nil draw. Sensing that victory was still possible, the crowd tensed as my friend John carefully placed the football to take the corner.

The crowd hushed and I realised that I was unmarked, at least for the moment. The ball arched across the penalty area towards me, too low for a header. Throwing caution to the wind, I took a volley shot. The ball cannoned into the back of the net.

We’d won! The team surrounded me, all hugs and back-slapping, and then the deafening roar of the crowd woke me up. My victory in the beautiful game was just a beautiful dream.

My accomplishments as a football player were limited, as in none. The recent victory of England’s fabulous lionesses at the Euros brought much-needed moments of celebration and delight.

After decades of playing away, football finally came home. And it was a team of women, so often overlooked or ignored in the past, that secured the triumph. But the epic match also stirred a niggle of pain in me as I recalled my own lacklustre sporting career.

I was useless at cricket, because when people throw hard objects at me at speed, I scream and run away. Abandoning the wicket mid-bowl is not a good tactic. I’m rubbish at golf: just hitting the ball in any direction is an accomplishment.

I don’t have a swing, I have a spasm. And in one especially embarrassing school football match I was assigned the defensive position of right back. Within minutes of the game starting, I was up at the front trying to play like a centre forward.

The games teacher actually halted the match to remonstrate with me in an expletive-riddled tirade. Crimson-faced, my teammates sniggering, I shuffled back to where I belonged.

But the most excruciating time for me at school was when teams were being picked. Two irritatingly athletic captains surveyed the line-up of available players, all of whom were desperate to be selected early in the awful process.

The best performers were snapped up quickly, the ranks thinned out, and then there were just four…then three…two…and then just one left. That was me.

Wrinkling his nose with a look of disdain usually reserved for the last Christmas turkey in the shop, the forlorn captain shrugged his shoulders and said: “OK, I suppose we’ll take Lucas then.” My status as the unwanted, least talented soul in the class was confirmed.

Sometimes I feel a similar sense of shame when I am around fellow Christian leaders. 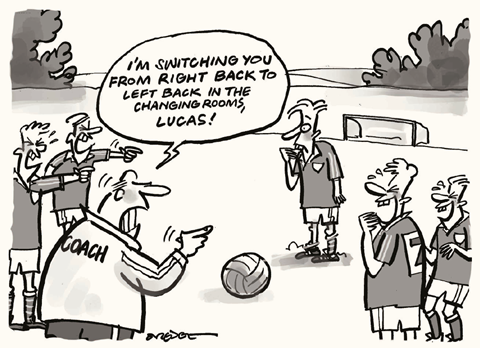 Surely they all pray more, believe more, hear the whispers of God more than me. When they speak of their excitement about being with Jesus forever, I worry about how it will be when I finally see him, face to face?

When I approach him, will his face break into a smile, his arms wide open in welcome? “Great to see you!” he cries. I run towards him, and suddenly his face falls. “Sorry,” he says. “I was talking to the person behind you…”

But we need not fear, because our Jesus is the master of inclusion. He lunched with people like taxman Zacchaeus, a social pariah who’d been red-carded. Loud-mouthed Peter and doubt-plagued Thomas were chosen.

On the Jesus team, the weak, the weary and the losers are invited by grace. We’re not sent off, but sent out, with a coach who doesn’t just offer us winning tactics, but promises to train us, shape us, empower us. With him, we win, because he already has.

Today, know this. In Christ, you are wanted.