‘My Christian son was abducted by a drug gang’

When Michael did not come home from school one day, little did his mum suspect that her son, a polite, well-behaved teen who attended church regularly, had been recruited by a county lines drugs gang. It was the start of an eight week nightmare with devastating consequences 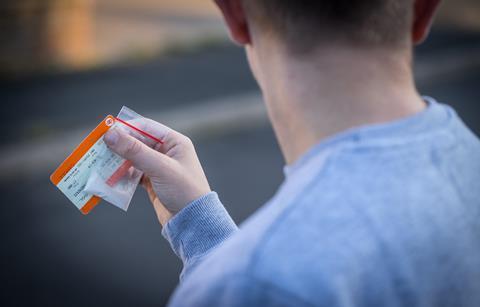 It was the start of a routine school day for Michael* - or so his Mum thought.

Her 13-year-old son set off on his walk to school that morning, as he always did. It was only when he failed to return home in the afternoon that she called the school, to be told that Michael had in fact been absent all day. Alarm bells started to ring. She called the police but they said that there was nothing they could do until Michael had been reported missing for 24 hours.

There are around 27,000 children caught up in county lines drugs gangs in England, some as young as eleven years old

Michael’s behaviour was totally out of character. A polite, well-behaved young teenager from a church-going family, and a model pupil at school, Michael would definitely not disappear without telling his Mum where he was going. He had never missed school before, nor had he ever failed to return home in the afternoon.

In desperation, Michael’s mum called her church pastor and they immediately posted his name and photo on social media, then printed out some posters to distribute to local shops and around the neighbourhood. They even stuck posters onto trees, as people do when their pets go missing. Church members set up an early morning prayer watch for Michael’s safe return and, having done everything they could possibly think of, the family waited.

Their wait went on for over eight weeks. The police made seemingly little progress in their search for the missing teenager. Michael’s mum received a number of crank calls to their home phone once word had got out. It was an agonising time for the family.

After two months, the police contacted her to say that they had located Michael. He was hundreds of miles away in a town in the north of England and had been found in a pitiful state – dirty, malnourished and scared – but he was alive.

Michael had been recruited by a drugs gang and sent to a town where the gang had used him as a runner, transporting Class A drugs – heroin and crack cocaine – to their list of ’clients’ in various locations.

The police rescued him and returned him safely home but Michael was so terrified of the gang bosses and what they might do to his family that he refused to tell the police anything. Months on from his terrifying ordeal and Michael remains a prisoner, not of the drugs gang but of the emotional, psychological and physical scars of his experience. He is too scared to leave his house and faces a long road to recovery.

Michael’s story is, unfortunately, not unusual. Children like Michael do not come from any particular community or socio-economic group – although the statistics tell a story about disadvantaged children being most at risk of grooming by criminal gangs involved in ‘county lines’ (the term used to describe the criminal networks who export Class A drugs from urban to rural areas). It’s a highly profitable business model based on dedicated mobile phone lines to make the deals, and the use of children and young people as runners to transport the drugs from one part of the country to another. It carries less risk for the dealers and gang bosses as children are harder to spot.

Any child is potentially at risk. In Michael’s case, the drug gang recruiters hung around the school in the afternoons, watching and waiting to see which teenagers usually came out of school alone. They often target youngsters who look vulnerable, but are equally on the look-out for young people who are more likely to escape the police’s attention, such as young people from middle class areas attending sought-after schools.

Media stories about county lines are everywhere these days, in national and local newspaper headlines throughout all regions of the UK. But there is some good news. The National Crime Agency, in partnership with the police and regional organised crime units, are part of a multi-agency county lines co-ordination centre, which has seen significant success in catching and convicting drugs gangs.

27,000 children - some younger than 11 years old - are caught up in county lines activity

In its ten-year drug strategy, published at the end of 2021, the government has committed to injecting £145m to strengthen its county lines programme, in recognition of the continued severity of the problem. As well as focusing on the perpetrators, the multi-agency approach aims to ensure that the young people caught up in criminal activity – children like Michael – are identified and safeguarded, recognising that they are, in fact, victims of modern slavery and child abuse.

Taking on the challenge

The challenge is enormous. County lines activity continues unabated, with the official number of children caught up in it estimated to be around 27,000 in England. Some are younger than eleven years old. There are thought to be at least 1,000 county lines operating across the country, running drugs from cities and urban areas into rural areas and small towns, including many on the coast. The pandemic and lockdowns have exacerbated the problem over the past two years, as gangs have targeted children and young people who are not in school but instead are hanging around on street corners with nothing to do.

Alongside bolstering the efforts of the crime fighting agencies, there is a huge need to raise awareness of the risks for young people – particularly in areas where it is known that county lines are operating.

Parents, schools, youth services and church leaders all have a role to play in understanding how a young person might be at risk of being groomed and recruited. There are plenty of good resources available, including what to look out for and where to go for help if you suspect a child might be at risk. Hope UK offers free online training on county lines and can run bespoke sessions for churches, schools and youth groups on this and other aspects of drug awareness.

Ignorance is not bliss – many families like Michael’s wish that they had been more aware of the potential harms their children face from county lines.

*name has been changed

Mary DellerMary Deller works for the Christian charity Hope UK. She is a trained voluntary drug educator and delivers sessions in her local community.