I spent my childhood in a cult and went to prison for dealing drugs. But now I have freedom in Christ

Raised in a cult, Kevin Cockburn was taught God was angry and distant. Later, while in prison for dealing drugs, he called on Jesus to save him. The peace and joy that filled him changed his life forever 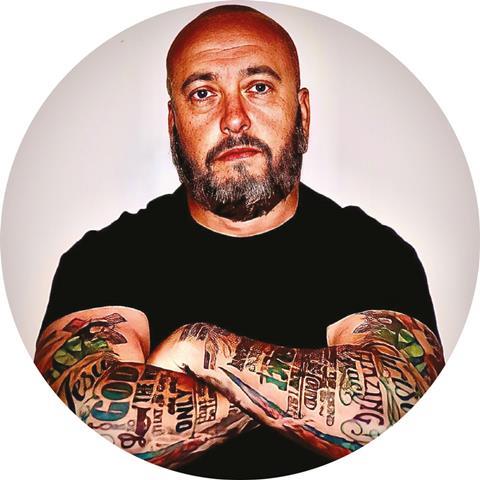 I was born into a Christian cult, which operated what they call the ‘Doctrine of Separation’. This meant, as a child, I couldn’t mix with other kids and do the things kids usually do. We didn’t have a television or radio. I couldn’t watch sports or have a pet. I had no ability to relate to any of the other kids at school, which started to impact me massively; I developed a big inferiority complex.

It started to become even more difficult when my father was removed from my family because of his ‘sins’. We weren’t allowed to see him and he was told that if he tried to get us to go with him, he would be taking his family to hell as well. But we really struggled with being separated from him, so my family ended up leaving the cult when I was eleven years old. That might sound like a good thing, because we were away from such an oppressive environment, but splitting from a church and the friends and family you’ve grown up with is tough.

We had an amazing time at first, listening to music, going to football matches and watching television. But one of the beliefs the cult would peddle a lot was about the ‘end times’ and that Armageddon was coming; when I started to see the Falklands War on the news, or hear about the threat of nuclear war or famine in Ethiopia, I was filled with fear.

I spent most of my senior school years hiding in plain sight because I didn’t want people to know me as that odd kid from the cult. But eventually, I was so desperate for friends and a girlfriend that I decided to go to the gym to change the way I looked. I thought that by building up my physique I could shake off my past and change who I was.

It worked. I met a guy who showed me how to use steroids. I would party with him and his friends and they introduced me to drugs. It was amazing at first but, with drugs, you don’t come back down to where you were before. They reveal all the pain that you’ve been holding in and you realise that you are actually quite messed up.

One day, we were at a club in Liverpool when a doorman gangster friend gave us drugs he had taken from a dealer. He said that if we sold them, we could split the money. It worked out so well that from then on, we would sell drugs in the club with the protection of the doormen for a share of the profits. We thought it was great, but it started to turn ugly when a major crime family in Liverpool wanted to take over the business.

A meeting was arranged to settle the matter and both gangs turned up carrying guns. Thankfully, the fight was called off but I knew then that I wanted to leave. On the day that I finally decided to quit, the club was raided by police. I got sent to jail for three years.

When you’re in jail, locked up for 23 hours a day, your mind becomes a playground for every negative thought. I believed things were on the up when I got a job delivering food trays to cells, allowing me out of my own cell, but it was the worst thing that could have happened. From behind locked doors prisoners would give me packages of heroin to take to other cells. You can’t say no, because if you offend somebody, you can get seriously hurt or even killed.

I was now dealing drugs in prison and risking another sentence. I didn’t know what to do. I was so broken. I experienced another level of fear when I was stopped by a prison guard. Fortunately, I was only carrying a message on that occasion, but the guard warned me they were watching me.

Around this time my mum sent a Christian prison worker called Frank to see me. I had stopped believing in God because I had believed in a horrible God that ruined my family. But Frank was different. He told me that Jesus loved me and didn’t care about what I had done; he wanted to be a part of my life and to set me free mentally.

“When you’re ready and you can’t take anymore just say these words: ‘Jesus save me’,” Frank told me. That night I waited for my cellmate to fall asleep and prayed those words.

The next day, at exactly the same place where I had been stopped by the prison officer, the Holy Spirit fell on me. Heaven poured into me and every worry left. I knew then what it was like to be set free, even though I was still in jail. Strangely, I was not asked to carry drugs again and very soon afterwards I was moved to another prison.

EVEN THOUGH I WAS STILL IN JAIL, I HAD BEEN SET FREE

My family couldn’t believe it. I had gone from being so depressed that I could hardly put two words together to not being able to stop talking about how wonderful Jesus is. After being released, I began studying to become a chartered surveyor.

One day in 2004, my secretary said Merseyside Police had called about Main Bridewell prison in Liverpool, where I had first been detained. I had not told my employers [estate agents] about my past so I initially panicked, worried I might somehow lose my job, but the police wanted me to sell the prison and gave me the keys! 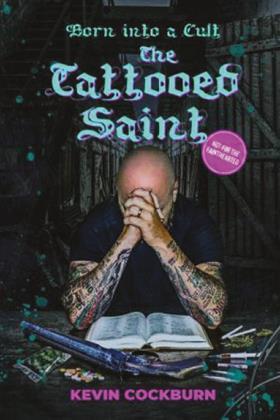 I couldn’t believe it. Looking back, I believe God was saying to me: “I’m giving these keys to you because I want to use you to go into prisons to set people free the way that I set you free.”