Eric Maddox’s pioneering interrogation techniques led to the capture of one of the world’s most wanted men. But if it wasn’t for hearing the voice of God, Eric never would have joined the military 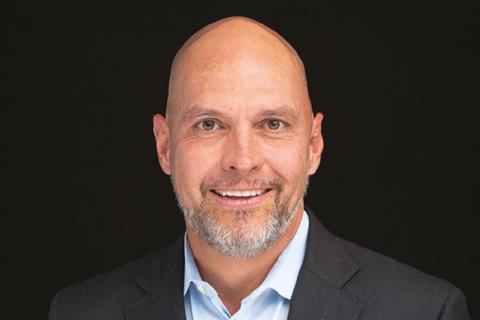 Eric Maddox never planned to become a soldier, until one day, as a 21-year-old “living the good life, no responsibilities”, he heard a voice telling him to join the military.

It wasn’t a natural fit for the sports-loving student, but Eric was convinced. “The voice was so clear, I knew I didn’t have a choice,” he says. “I didn’t want to – I was not excited about it – but as soon as I graduated from university, I joined up.”

Although Eric had grown up going to church, he wasn’t a practising Christian. The idea that God had spoken to him and told him to join the army sounded “ridiculous” to the few friends he told. “But I didn’t care,” he says. “I knew that was what I was supposed to do.”

After joining the infantry as a paratrooper, Eric was deployed to the central American nation of Panama. He enjoyed speaking Spanish with the locals and discovered the army had a foreign languages programme.

He signed up, choosing Chinese Mandarin, and, as a result, was also enrolled on an eight-week interrogation course. “They said: ‘Don’t worry, you’ll never do interrogations,’” he recalls, adding: “but then we had 9/11.”

When the invasion of Iraq took place in 2003, Eric was confident he wouldn’t be called up.

“I don’t know if they were running out of interrogators,” he says “but Delta Force were going after Saddam and they said: ‘Find an interrogator who used to be in the infantry. And we’d love a graduate of Ranger School.’”

It turns out, in the whole of the United States Army, Eric was the only person who fitted that profile. Despite never having seen active duty, he found himself assigned to the elite special operations unit and on his way to the Middle East.

Over the next five months, Eric interrogated more than 300 prisoners. He quickly discovered that the techniques he’d been taught were not particularly effective, so he developed his own, based around empathetic listening.

His superiors weren’t impressed with his departure from the traditional approach of fear and intimidation. “The military thought: You’re nuts,” he remembers. But with time running out, they got the breakthrough they needed.

“We figured out that there was only one person who knew where Saddam was hiding – one of his former bodyguards. And on my very last day in the country, we captured him,” says Eric. “Using this technique, this bodyguard, in less than two hours, said: ‘I know exactly where he is. And I’m going to take you.’”

On 13 December 2003, the bodyguard took the Delta Force team to the garden of a house just outside Saddam’s hometown of Tikrit, and kicked away the sand to reveal the “spider hole” where the former president was hiding.

“They lifted up that lid and, sure enough, there he was,” says Eric. 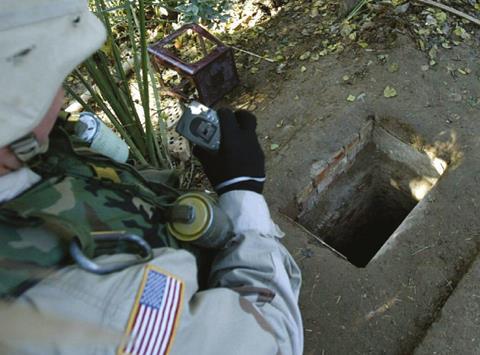 By that time, Eric was already on his scheduled flight to Qatar. As soon as he had succeeded in making the bodyguard talk, Eric left the country as planned. Waking up the following morning, thousands of miles away, to the news of Saddam’s capture was “surreal”.

But the biggest joy, says Eric, came from the vindication that his style of interrogation was effective. “Everybody thought I was crazy. So really, it was like: ‘Wow, well, you have this guy, and we did it a completely different way!’”

It was not until after his experience in Iraq that Eric met Heather, who would become his wife and eventually lead him to Christ. The first time that Eric left for deployment after they had married, Heather asked him if he was saved. “I’m like: ‘Are you talking about God?

I think I’m good. I was baptised as a baby, my mum goes to church…’” Heather was horrified. “She said: ‘Just don’t die. I’ll send you tapes.’”

True to her word, Heather sent her husband sermons to listen to in Afghanistan, and something in Eric unlocked.

“So many people who go to church when they’re young just don’t understand grace, because it’s not the way we operate in this world,” says Eric. “It wasn’t until I was 37 years old that I really understood what Christ did, and what it meant to be a Christian.”

Shortly after the capture of Saddam, Eric joined the US Defence Intelligence Agency. Over the next ten years, he carried out more than 2,700 interrogations.

Today, he uses the skills and techniques he learned in the field to teach business leaders how to win trust through what he calls “empathy-based listening”. It’s all about trying to understand another’s perspective instead of simply trying to win an argument; of taking an interest and being curious about others, he explains.

Readjusting to civilian life after the intensity of war has been tough, though.

“You see things out there – people dying, getting blown up – and you come back and there’s a sense of: I don’t think anybody here cares.

Eric Maddox was speaking to Megan Cornwell. To hear the full interview listen to Premier Christian Radio at 8pm on Saturday 16 July or download The Profile podcast