‘God used donkeys to rescue me from addiction’

After leaving the army, Patrick Barrett turned to alcohol to cope with trauma, but God called him back to his childhood faith using the most unlikely means 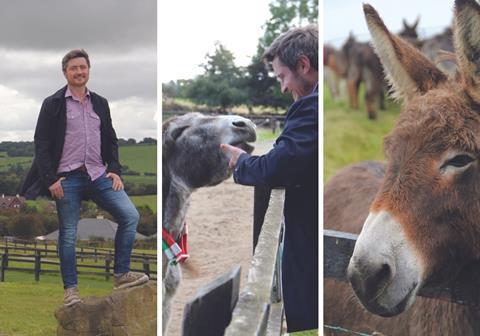 Patrick Barrett grew up in rural Ireland, against a backdrop of rolling hills and happy memories. His childhood was spent surrounded by the animals his parents rescued and housed on their family farm, which later became a donkey sanctuary. In all weathers, he would spend hours tending to these creatures and learning their distinct calls and mannerisms.

During those years, God planted the seed of something in Patrick’s heart, speaking to him about the role donkeys played in biblical stories and in the life of Jesus, in particular. Patrick’s mum – a Catholic – read the Bible to him every night, but, after hearing how Jesus was tempted in the desert, he became fearful of God.

With a very short attention span, Patrick struggled at school, frequently comparing himself to others. “I remember being very confused and isolated…I was really beginning to get overwhelmed and full of anxiety.” The only thing Patrick knew for sure was that he loved spending time with his animals.

At the age of 18, Patrick’s yearning for adventure was joined by a hopelessly romantic view of peacekeeping missions. He left the familiar countryside of ‘The Emerald Isle’ to join the army.

To begin with, he enjoyed the routine and discipline of being a soldier: “It was a total culture shock. I had come from a life of freedom in a rural village in Ireland and all of a sudden, I was in the army, where there was repetition and conditioning. That served me very well, to be honest. It was brilliant.” But five years and two tours to Lebanon and Kosovo later, Patrick began to struggle.

SUPPORT CAME IN ALL FORMS, EVEN A DONKEY

While in Lebanon, four of his colleagues were killed in a tragic road traffic accident. And at the start of his first tour, a close friend also died in a car crash, along with her sister, best friend and baby. Patrick was weighed down with loss and grief, and struggled to process what it all meant. Not knowing how to deal with the pain, he turned to alcohol.

“When I left the army, I couldn’t regulate my emotions…but I found I could regulate them through alcohol. Alcohol was my god. It was also my power. It gave me confidence. It gave me the ability to make decisions. I realise now it was a false power. Alcohol was basically my crutch; it was my medication.”

While still living in England, Patrick began to date an Irish woman. When she became pregnant, they decided to return to their homeland.

Their baby, Darragh, was born three months premature. Patrick still felt lost – he couldn’t be the partner and dad he was yearning to be. “I couldn’t live with myself. No one else could live with me either. The relationship failed. It was a major blow and my insecurities were brought up again.”

Aged 25, Patrick climbed one of the steep hills in his village – called The Rock – and screamed “Help!” into the dark sky, wondering who could hear him. “And that was the start of my journey [back to God],” he explains. “A contentment immediately came over me and, little did I know, God was already working – through my sister, who was organising professional help for me.”

As Patrick was introduced to the world of counselling and psychotherapy, he began to explore his own belief system. He was catapulted back to a deep faith that had taken root during his school years. He remembered the God of his youth and the Bible stories his mum had read to him at night.

But his journey was far from straightforward. It took nine years of grappling with addiction and fighting “lies in my head”. But eventually a turning point came when he was offered a job at the donkey sanctuary. “That was my saving grace,” he says. “I felt like the wounded donkey that I had witnessed my parents rescuing and healing [all those years earlier] but this time the donkey was healing me too. I was part of their herd and it was an amazing experience.

“I believe God put all these things on my path to awaken me to who I really was, and who he made me to be. It was my darkest time but I had support – and the support came in all shapes and forms, even [in the form of] the donkey. 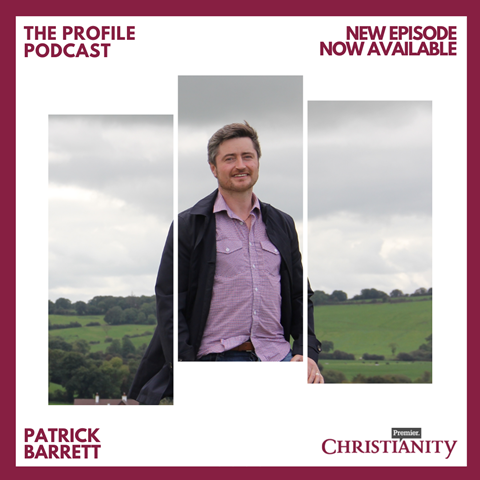 “Jesus, for me, is the cornerstone. And that’s the way I lead my life. I am who I am today [because of his love]. I am like that little child out on the hills with the donkeys – except the excitement inside of me is now God.

“I’m back to this fixed peace…there’s a power within me that’s God, and there’s a lovely contentment and excitement which comes from a relationship with him.”

To hear the full interview with Patrick, listen to Premier Christian Radio at 8pm on Saturday 26 November or download ‘The Profile’ podcast