‘God told me to build a business worth millions’ 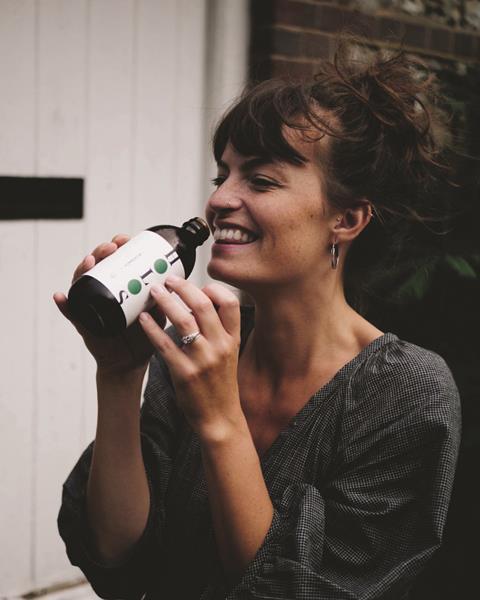 It is going to take millions. This is the thought that entered Megan Landreth-Smith’s mind at 40,000ft, as she flew back from witnessing the horrors of human trafficking in Cambodia. Christian charities were working to release women from sexual slavery, but they were lacking funds. “What’s the solution?” she prayed. Then came an answer: I need you to create a business that will generate millions.

Within a year, Megan was brewing kombucha – an increasingly popular sparkling fermented tea – in a bucket on her kitchen floor. Five years on, Holos is an award-winning non-alcoholic drinks brand, expecting to sell thousands of bottles this dry January.

Having rediscovered her identity in Christ as a teenager when she miraculously heard the audible voice of God calling her name, Megan has spent much of her Christian life sharing God’s love with vulnerable women. Her eyes were first opened to the reality of sexual exploitation in the UK when she started attending a church in Soho – the centre of London’s sex industry.

A friend told her to look up at the buildings in the area: “If you see a red light, it means there’s a woman working there.” Megan, just 18 years old at the time, was shocked. For the next four years, she became part of a team that visited local brothels. “We saw amazing miracles there; so many women healed and wanting to know Jesus.”

We love Kombucha, but our vision has always been the women

In 2015, Megan’s passion for fighting trafficking took her to Cambodia on a mission trip with Bethel, the charismatic Californian megachurch. While awaiting her flight at Luton Airport she met fellow justice advocate Naomi Partridge, and the pair immediately struck up a friendship.

Days later, the two women met Maya, a prostitute working in Cambodia’s capital, Phnom Penh. “Naomi was worried that if we just gave her money, she would still be on the streets tomorrow,” Megan recalls. “We thought the solution had to be in employability and finding out what her passion was. So we thought: What if we bought her a nail kit and paid her to serve the team with manicures?”

The plan worked. Despite high re-trafficking rates in Cambodia – 70 per cent according to some estimates – Maya was able to remain free. The success of her nail art business meant that within one year her five children were all in school and she was off the streets for good. It was a turning point in Megan’s understanding of how to fight the evils of trafficking: “It sowed the seed of the power of employment.” 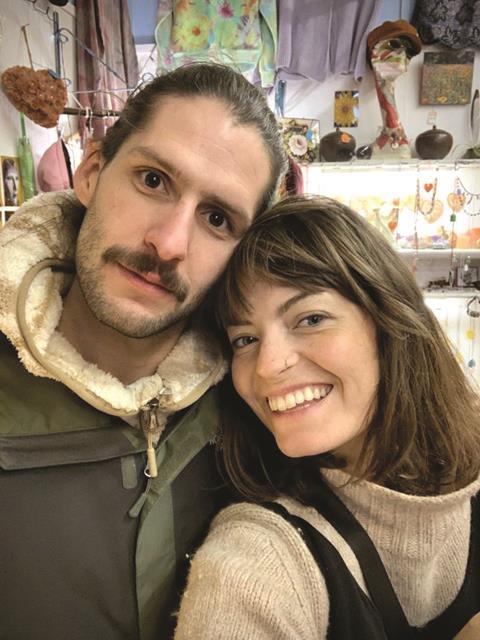 But as Megan flew back to the UK, she was devastated by the pain she had witnessed – including children as young as three being trafficked. She turned to prayer. “God, what is going to stop this?” She felt God say: “You need to start a business that creates millions in order to see girls rescued.”

Holos Kombucha was born. “Everything happened really quickly,” Megan explains. A business plan was drawn up and products launched. Their drinks are now stocked in Marks and Spencer and Megan is hoping kombucha’s gut-cleansing credentials will boost sales in the weeks following the overindulgent Christmas season.

In fact, it was its special properties that first alerted her to the drink. After an intestinal worm left her bedbound for several days in Cambodia, a friend recommended she try the local brew, sold on the street corner. Despite her initial scepticism, within days the parasite had left her body. 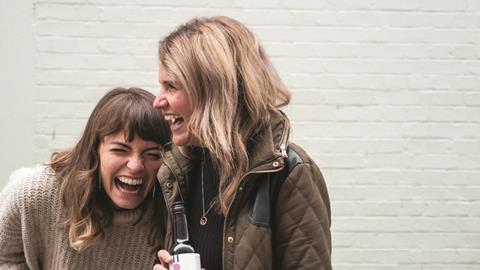 “We love kombucha, but our vision has always been the women,” says Megan’s husband, Joseph, who is creative lead at the company. “It has moved at a rapid pace and people in the food and beverage business have said to us: ‘Wow, I can’t believe how fast you’re growing.’ But you know, that’s the power of prayer. And that’s the power of a God idea – there’s favour and blessing.”

Twenty-five per cent of the founders’ shares have been set aside to create the Holos Foundation, which will help rehabilitate survivors of modern slavery, and the company is already employing survivors in partnership with other Christian charities.

A tiny cross is printed on every bottle, and the name Holos – Greek for ‘wholeness’ – hints at the spiritual roots of the company. 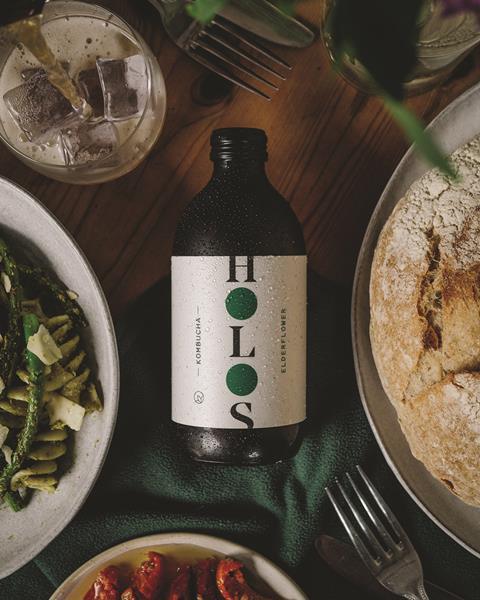 As any small business owner can attest to, there have been serious challenges. The husband and wife team have worked 80-hour weeks, even falling asleep on the office floor on occasion.

There have been times when they have wanted to quit. “[Bethel minister] Kris Vallotton says: ‘At the doors of destiny linger the dogs of doom’,” says Megan. “And I think we felt that so intensely. At every point where we were about to hit a breakthrough there has been this massive struggle. Over time, it has become easier for us to say: ‘God, we trust you. This is your business. You’ve not brought us this far to leave us.’”

WIN A CASE OF HOLOS - Simply email us (christianity@premier.org.uk) with your feedback on the January issue of Premier Christianity. The writer of every published letter will receive a free case of Holos Kombucha