Why I'm pleased Creflo Dollar has changed his mind on tithing

Creflo Dollar has become the latest celebrity pastor to change his position on prosperity teaching. Adesanya Adewusi asks: Did he go far enough? 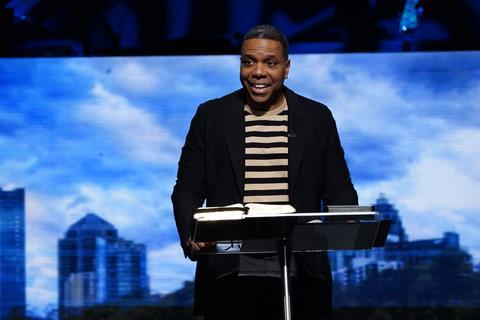 According to the prosperity gospel, we’re guaranteed health and wealth if we tithe.

This makes tithing a financial transaction between us and God. In essence, God is expected to provide us with services for which we paid.

Up until a few days ago, Creflo Dollar was one of many celebrity pastors who strongly advocated this message. But in a recent Sunday service at his church, he said that he had been wrong:

Tithing is based on the Mosaic law. Christ fulfilled the law and bore the curse of it upon himself (Galatians 3:12-14). Therefore, New Testament believers don’t have to fear having their finances cursed if they don’t tithe. Having been saved by grace, we are meant to freely give according to God’s grace (1 Corinthians 16:1-2, 2 Corinthians 9:5-7).

What if Dollar had said ‘Get those books and tapes back to us, and we will refund you the money’?

Dollar is to be commended for altering his stance on the so-called prosperity gospel. There are many other Christian leaders who will choose to carry on preaching the message. Afraid to lose face before their followers or be isolated by other pastors who are advocates of this doctrine, they are resistant to change as they don’t want to believe that they have been teaching the wrong thing for years. After all, it brings into question their spiritual maturity and ability to lead well. And they have too much invested in the message to let go of it. How would their ministries continue to survive if they didn’t have the guaranteed source of regular income via tithes?

But did Dollar really go far enough? Despite his seeming change of heart, I could still sense some vestiges of the prosperity gospel in his message. There was no apology or offer to refund people the money they’d spent on buying the books and tapes he told them to now destroy. On one hand, he admitted that he’d made a mistake. On the other hand, there was no remorse or acknowledgement of how his own followers had, on the basis of that, made sacrifices that they did not have to make. The result was a seriously mixed signal.

It was almost as if Dollar was saying: “Well, I made a mistake, but I’m not sorry I made it, in as far as it helped me to learn.” The inference here is that learning from his mistake has helped him grow. As a result, he can now better teach others so that they won’t make the same mistake. Thus, even as he was admitting to his failings, he appeared to be trying to justify himself. Without wishing to cast any aspersions, the words of the apostle James about being double-minded (James 1:5-8) come to mind. Surely it would have been better if he’d not made the mistake in the first place?

The paradoxical nature of Dollar’s message was summed up by David Croteau, Dean of Columbia Biblical Seminary, South Carolina: “What if Dollar had said ‘Get those books and tapes back to us, and we will refund you the money’? Maybe that would have been financially devastating, but it would have been so impressive if he could have done something like that.” Speaking on 'The Roys Report’ podcast, Croteau used the example of Zacchaeus who, when he repented, restored four-fold to those whom he had over-taxed (Luke 19:1-10). In other words, Zacchaeus practically demonstrated his change of heart by making restitution to those whose lives his actions had impacted. Dollar, whose net worth is $27m, lives a lavish lifestyle but has not offered to restore to his followers what he’d wrongly told them to give.

In essence, God is expected to provide us with services for which we paid

Only God can truly see Dollar’s heart. Unsurprisingly, there are those who are sceptical and are not rushing to accept him with open arms. I’m not in a position to judge. As someone who has long since believed that the prosperity gospel is not biblically-based, it would be easy for me to gloat. However, I remind myself that I, too, did not question this teaching for many years. Attending churches that preached the prosperity gospel, I was spiritually immature and simply went along with what I was told. It took years of studying the Bible for myself before I came to the understanding I now have.

Tithing speaks of what we, in our own strength, try to do to win God’s favour. Grace speaks of the fact that only God can help us. And, ultimately, that is what it all comes down to.