The senseless murder of Olivia Pratt-Korbel shakes my faith. How can it not?

What does Christian hope look like in the aftermath of this unspeakable tragedy, wonders George Pitcher 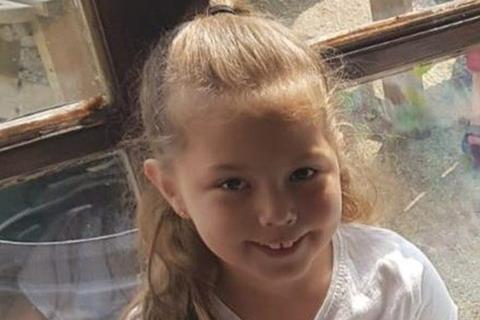 I was wordless that day, like countless others in the UK and beyond, and I felt sullied to be a human being, not ready yet to join colleagues at our office nearby, dazed with pity and grief.

This was almost exactly 24 hours after the massacre of 16 primary-school children and one of their teachers at Dunblane, near Stirling in Scotland. I remember that after the short service, in one of those coincidences to which we should be alert, I went to light a candle. There were exactly 17 candles in the votive stand. I lit them all.

And here we are again. Nine-year-old Olivia Pratt-Korbel is dead from a gunshot wound in a suburb of Liverpool. God knows, this is not an isolated incident – from the litany of school massacres in the United States to terrorist incidents across Europe to fatal victims of shootings in Olivia’s very neighbourhood, the record shows a continuing grim legacy to Dunblane.

So it’s difficult to know why this particular violent death of a single child is so very affecting. It’s one of those stories, as a voice in a newsroom puts it, that stays with you. Perhaps it has something to do with the cynical but grotesquely accurate observation, attributed to Josef Stalin, that one death is a tragedy, while a million is a statistic. Or maybe it has to do with Hannah Arendt’s “banality of evil” – one moment a child is in the hall of her home on her summer holidays with her mum and siblings, in the next moment she’s shot dead.

I don’t know. What I do know – and I choose these words deliberately – is it’s bloody hard. Whether it’s the blood of children spilt in Ukraine, or a refugee child washed up drowned on an Italian beach or tortured to death by its parents in Britain, there is something intensely diminishing of the dignity of human nature when the adult world fails to protect the innocent life of a child.

As shadow Labour spokesman George Robertson put it in the House of Commons the morning after Dunblane, you don’t have to be the parent of a primary-school child “to share the grief and the horror and the sheer desolation…You just have to be a fellow human being.”

That grief, horror and desolation, as anyone who has ministered in the home of a dead child will attest, overwhelms any attempt at religious comfort. Faith in God evaporates in the intense heat of this kind of grief.

Those who are antagonistic to the Christian faith will call it a death cult, some sort of comfort-blanket that there is something more than this meaningless and transitory life, that can be snuffed out apparently so suddenly and randomly.

But that doesn’t really cut it, because it’s not about comfort. Quite the reverse. It’s about defiance. This may have a great deal to do with the figure of the young man at the heart of the Christian faith, completely innocent and entirely holy, being nailed to wood and left to die in the midday sun. It’s an act that would not only itself be transformed but which would transform the world and our understanding of the humanity that populates it over the following two millennia and, we confidently expect, beyond.

But it’s also rooted right here and right now in what Dame Deborah James called her “rebellious hope” in the days before she died of bowel cancer in June. I make no faith claim for her – she was raised an Anglican and converted to Roman Catholicism, but unsurprisingly felt little but anger towards her God at being taken from her young family: “I have faith, but I just can’t see it day-to-day at the minute,” she said in February, with admirable understatement.

That phrase encapsulates that rebellious, defiant and scandalous hope that isn’t offered as a form of comfort in the face of the pointlessness of death, because actually it doesn’t look out beyond it but is rooted in life as it is lived. It’s a kind of hope that is undeniable in this life, without being invested in what comes after it. That’s why the prayer book speaks, in apparent oxymoron, of “sure and certain hope.”

I write this on the morning of this week’s Feast of St Bartholomew, for which the lectionary readings are Jacob’s dream of angels ascending an descending a ladder to heaven (Genesis 28:10-17), an image echoed by the Nazarene (John 1:43-51).

This is not to offer platitudinously the insufficient comfort that a dead child is now an angel in heaven. But it is to identify very firmly that faith is less about the destination than the two-way traffic on the journey.

Does that make sense? Try this: As the Jesuit aphorism has it, the opposite of faith isn’t doubt, it’s certainty. So I can say again, in answer to that question and with sure and certain (and rebellious and defiant) hope: I don’t know. Because I have neither doubt nor certainty, which is where faith is found, even in the darkest of deaths.