The way the Christian Legal Centre (CLC) handled the tragic case of Archie Battersbee was an insult to palliative care and end-of-life professionals, argues George Pitcher 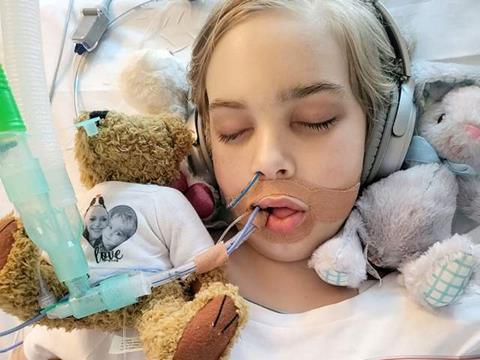 If hard cases make bad law, as the saying goes, then emotive cases can make bad lawyers. So it is with the case of 12-year-old Archie Battersbee, who died last Saturday from catastrophic and irreversible brain damage after doctors withdrew his life support.

We might start with a couple of facts that are beyond doubt. First, those doctors of the Barts NHS Health Trust at Royal London Hospital would have mercifully allowed Archie to die much sooner - when they established that there was no prospect of him recovering consciousness, nor the ability to breathe unaided.

Second, the Christian Legal Centre (CLC), which challenged withdrawal to Archie’s life support all the way to the Supreme Court, and then to the European Court of Human Rights, undoubtedly not only extended Archie’s artificial life support but also the agony and suffering of his family.

Almost everything unknown pales against those two known knowns. At this point, the arguments for artificially extending Archie’s life against those for allowing (by overwhelming expert opinion) his inevitable death usually polarise into a slanging match between two, largely ignorant, tribes – a zero-sum game fuelled by social media.

The CLC has, at best, an eccentric habit of wading into legal disputes and either vexatiously extending them, making them something they are not, or simply, losing them.

From claimed religious discrimination to abortion law to LGBT rights, the CLC (and it’s umbrella Christian Concern) enters, waving the Bible as a rule book. Some have even accused them of preying on the most vulnerable. Talk about giving Christians a bad name.

In this febrile atmosphere, it may be worth confining a response to the CLC’s intervention in Archie’s case to three areas – the ethical, legal and medical – all viewed through the prism of my Christian faith.

In this country, our professional ethics, whether in medicine or the law, are steeped in the Christian tradition – from the primacy of human life to the infinite value of every individual in the image of God. But the CLC seeks to conflate ethical principles. Its director writes of Archie’s case that the withdrawal of treatment “is the logic of euthanasia”.That is a category mistake of quite Trumpesque proportions! Just as the former US president this week compared the FBI’s legally scrupulous raid on his Florida complex with the profoundly illegal break-in to the Democrats’ Watergate headquarters in 1972, the CLC conflates the taking of human life (euthanasia) with the withdrawal of futile life support.

That’s not just an ethical error, it’s a massive insult to palliative care and end-of-life professionals, who constantly hold the delicate balance between life and death in the best interests of their patients.

neither the law nor the Christian faith is an ideology

As to legal considerations, it’s worth recalling that neither the law nor the Christian faith is an ideology. Some Christians treat the gospels as though they are a system of ideas and ideals, so that they’re no more than a political direction, but to do so is to deny their transcendent quality and reduce them to a campaigning lobby in law – abortion is bad, extending all human life, however pointlessly, is good and so on.

And it reduces the Christian faith to zealotry. It becomes about campaigns and culture wars, of which the CLC is now a wholly-owned subsidiary, rather than about the miracle of love in the midst of the human condition, which embraces both life and death, affirming the latter as part of the former when its time has come.

Finally, to medical considerations as distinct from ethics. The CLC campaigns as if the medical profession hasn’t harvested a vast wealth of experience on the futility of continued intervention and treatment when there can no longer be any benefit to the patient.

The agony for the lay observer is that a ventilator continues to make the chest rise and fall as though the patient is breathing, but they are not. And the miracle of the human body is that it’s much more than a machine, much more than an iron lung. We must trust in doctors, not lawyers, to make that distinction.

Ultimately, the CLC – or anyone else – must not trade in human hopes that are false hopes. Again, it tries to conflate these hopes with Christian hope. But the key to Christian hope is precisely that it isn’t false and that it isn’t to be confused with simple optimism – that something better “might turn up”.

The prayer book speaks of the “sure and certain hope of the resurrection to eternal life”. However much we must believe in life before death too, no lawyer should trap us in it, in a grotesque imitation of what it is to be human, as if that’s all we can hope for.

Click here for an alternative perspective on this story