PJ Smyth is a victim of trauma. He deserves our support, not our condemnation

PJ Smyth has been forced to step down as the leader of a US church movement affiliated to Newfrontiers, after a report concluded he did not disclose important information about his father’s abuses. But Andrew Graystone, who wrote a book on the John Smyth case, says PJ was his father’s first and most damaged victim. 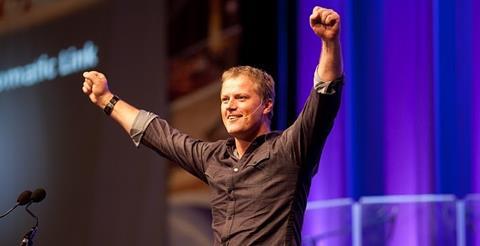 John Smyth was magnetic and forceful. He had an ability to charm audiences and individuals, but also to make mature professionals quake. He was a deceitful, single-minded bully. He had an ability to persuade highly intelligent young men to allow him to abuse them repeatedly and viciously. He appropriated and twisted the Christian faith to serve his own sexual and sadistic desires; to make people do what he wanted. And what he wanted was to feel he had power over them.

As I documented in my book Bleeding for Jesus, Smyth only really had time for men. He saw his only son as an extension of himself. One of the primary goals of John Smyth was to control PJ, and to shape him into his own image. To achieve this, he needed to dominate his son – to imbue the same mixture of love, admiration and fear that he’d had for his own extraordinary father.

The first concrete evidence I have of this is when PJ was 8.

At this period in his life, John Smyth was regularly beating his son with a cane in his now infamous garden shed. It went far beyond than any normal parental discipline. When PJ first told me about this, I carefully tested the veracity of his story.

PJ volunteered to tell me about the experience in some detail. This was before many details had been published about Smyth’s modus operandi with his older victims. I was able to cross reference the details PJ gave me with information that had been given to me by other victims, that PJ couldn’t possibly have known. It was striking that the details of PJ’s experience in the shed aligned very closely with those of others. It was clear to me that PJ was neither misremembering or making it up. He had been through a very similar experience to the others, except for three things: he was ten years younger than most of the other victims; he was beaten over a period of several years from age 8 to 11; and most significantly of all, he was being beaten by his own father.

Although he lived just five miles away, it suited John Smyth to send PJ to a boarding prep school. PJ was only allowed home for one weekend a month. He was set impossibly high standards – a deliberate part of the boarding school experience. On at least one occasion, John Smyth went to the boarding school just to cane his son.

The beatings stopped in due course, but the manipulation didn’t. For the rest of his life and right up to his own funeral, John Smyth alternately over-praised his son, then sharply withdrew his approval, often criticising him in public in front of his peers. For example, when PJ told his father that he was planning to marry Ashleigh, his father was enraged by the loss of control over his son. Nevertheless he went to the ceremony, and made sure that he was the centre of attention.

It is remarkable that in spite of this manipulative parenting, PJ became a mature and stable Christian, whose own gifts and charisma enabled him to found and lead a church in his 20s. But the kind of treatment he was subject to induces trauma. There is not enough space here to discuss the lifelong impact of trauma – though I wish that every Christian leader could gain an understanding of it. Among the symptoms of trauma are shock, uncertainty, flash-backs, panic attacks, confusion and hyper-vigilance. They are similar to the symptoms you experience if a bomb goes off very close to you. These symptoms can reassert themselves in unpredictable ways over many years.

It is through this lens that we need to view PJ Smyth’s response to the disclosures of his father’s abuse. Can you imagine how it would be if, at the age of 22, you were summoned to meet with a lawyer and a group of pastors and told that you father was a sadistic abuser? How easy would it be to make sense of these accusations? What if you were an emerging Christian leader, just married, trying to exercise maturity beyond your years? What if your father was still trying to exercise control over you day by day? What if it was dawning on you that the behaviour that was being described as abusive was the same behaviour that you had experienced, and had always been told was loving parenting?

Can you imagine being summoned to meet with a lawyer and a group of pastors and told that you father was a sadistic abuser?

It is hardly surprising that at this stage PJ’s behaviour was confused. Letters from the period show that at first he tried to defend his father, saying he was being unfairly attacked. Read the letters, and you can see a young Christian struggling to work out how the Bible applies to this extreme situation. Then he agreed with the pastors that his father must be stopped. Then he confronted his father. But instead of coming away from that meeting vindicated, he was persuaded that his duty was to support his father. We will never know what passed between them, but I can see a young man, already suffering from trauma, being placed under enormous pressure. The manipulation by John Smyth was to continue for the next two decades until in his 40s, PJ decided that enough was enough and effectively severed his ties with his father.

Cut to 2017. PJ Smyth is now an international church leader with a worldwide reputation. He has recently moved to America. Within a fortnight of starting work at a new church he is told that a UK TV station is about to report that his father was the most prolific abuser in the 20th Century church. Another bomb goes off right next to him. In this context I believe that it was unreasonable to ask PJ for a detailed statement of what he knew about his father and when. He did make a statement, then another, and then another; all different. I’m not in the least surprised. It is equally unreasonable to forensically examine those statements four years later without taking into account the circumstances in which they were produced.

Did PJ make mistakes? Yes. Does he have flaws in his character that he needs to address? Yes. Was he wrong to try to stand up for his father when confronted with terrible allegations about him? Yes. Did he instinctively bury some of the worst things that had happen to him, and only retrieve them from his memory later? Yes. Those four yeses come not just from me, but from PJ himself. But I believe we should read his actions through the lens of trauma. Before we ask him to be anything else we should acknowledge that PJ is his father’s first and most damaged victim.

The ripples of abuse spread far and wide, sometimes crossing generations. When abuse is uncovered in a church setting, as it has been too often over recent years, it is tempting for the church to try to contain it. We seek to pin the blame on individuals. When the perpetrator is no longer present we look for surrogates. I watched this in the aftermath of the revelations of abuse by the late Jimmy Savile. What we as Christians need to do is to face the horror of abuse; to enter gently and deeply into our wounds, and wait in hope and lament for God to heal us all. In stepping down from ministry to look deep into his wounds, PJ is not absolving the rest of the church from responsibility. He is giving a lead for the rest of us to follow.

It is important that victims of abuse and trauma should not be disqualified from positions of responsibility in the church or elsewhere. Indeed, they may bring to their leadership a level of understanding that is hugely helpful in mission and pastoral care. But victims of trauma, like the rest of us, need a great deal of understanding and support. They need the respect and self-worth that they have been denied by their abusers to be slowly restored by others in their family, church and community. They need time and expert counselling to interrogate their own experiences, and work out how to live with them. They need forgiveness and compassion if their experiences have led them to make mistakes or even damage others. They need un-shockable friends to walk the painful journey alongside them.

I’m glad that PJ Smyth has stepped down from ministry to focus on his own needs. I hope that he can do so without further criticism or condemnation from the church. I hope that his experience will eventually feed back into the growth of the church, like compost that enriches the soil. I hope that the church will learn not to idolise big men like John Smyth, and never to cover up abuse for the sake of some perceived greater good. I hope that PJ and his family will find a place to flourish.

Andrew GraystoneAndrew Graystone is a writer, broadcaster and journalist who has written and presented over 1000 programmes and talks for BBC Radios 2, 4 and 5Live. He is an academic theologian specialising in theological communication and is the author of Faith, Hope and Mischief: Tiny Acts of Rebellion (Canterbury Press)