Northern Ireland says Christian-focused RE is unlawful. Even the Church agrees reform is needed

The requirement for schools in Northern Ireland to provide Christian religious education at the exclusion of other faiths breaches human rights legislation, the High Court has ruled. Dr Andrew Brown believes the ruling provides churches with a unique opportunity, and says Christians have nothing to fear when it comes to learning about other faiths 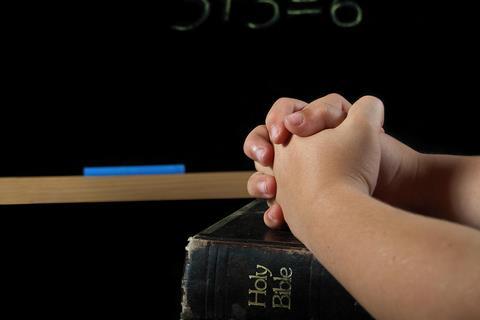 For anyone outside Northern Ireland, the school system might look a little odd.

Dating back to the foundation of the State in 1921, the schooling at the time was more or less completely provided and administered by the Church.

After a few years, agreement was reached for the schools (property and administration) to be transferred over to the state, on condition that the churches maintained an active role in the day-to-day management and that the historic Christian ethos would be retained.

Since then, the church has been represented via ‘transferor’ representatives on Boards of Governors at both primary and secondary level and the distinctive Christian ethos has been maintained. It has also been long-established in legislation that acts of daily collective worship (assemblies) and the delivery of Religious Education (RE) take place within the context of the Christian faith.

So it is with concern that churches are taking in the recent ruling from the high court, which has decided Christian-focused RE in our primary schools is unlawful.

The ruling was in response to a challenge brought on behalf of a seven-year-old girl who attends a school in Belfast. The girl's family were concerned the RE curriculum lacked pluralism and involved proselytising the Christian faith. The girl's lawyers argued that the complete focus on Christianity, to the exclusion of all other faiths, violated the European Convention on Human Rights (ECHR).

The judge agreed, ruling the “unlawfulness identified requires a reconsideration of the core curriculum” in how it sets out the teaching of RE and the provision of collective worship.

While RE has been a constant part of the curriculum, the content and how it has been delivered has undoubtedly varied over the years. What hasn’t changed is the complexity of the issues in society and the potential of a well delivered RE curriculum to help understand and think through the issues.

It would be fair to say that historically, RE lessons were almost treated as History or English lessons, when Bible stories were recounted and discussed with some basic comprehension exercise following. That style of teaching is no longer deemed appropriate. But the potential for biblical narrative to help shape our thoughts and reaction to the issues of today has never been more important. The biblical text is relevant to and can speak into contemporary social issues. So perhaps the debate should be around revising, updating, broadening and investing in the overall quality of RE provision rather than seeking to remove or diminish it.

As Christians we have confidence in our faith and should not fear the inclusion of content from the other major world religions. Parents should also be playing a major part by helping their children understand and consider for themselves the various worldviews and providing that solid biblical foundation in the home during those early years. What the legislation and many other inputs into the current debate have omitted to mention is that the churches have been lobbying over recent years for such progress.

In response to the ruling, Fionola Meredith, a columnist for the Belfast Telegraph wrote an article entitled ‘Forget Kumbaya, My Lord… religion and schools don’t mix’. She went on to say: "We all half-heartedly droned our way through 'Morning Has Broken' in daily assembly and ducked our heads when it was time to mumble along to Our Father. God was there as a sort of benign, fuzzy presence, a good old man in the sky — as expected and unchallenged as lukewarm milk at breaktime or PE lessons on Wednesday afternoons.”

So there is our challenge! How do we deliver RE in a way that is seen as topical, relevant and with something to say to an increasingly secular society?

While this ruling is a matter of concern for the church, its impact will not be immediate, and provides an excellent opportunity for churches to take seriously their role as guardians of an education system, which largely exists due to their positive influence in society over many generations. This opportunity is one which the churches will enthusiastically grasp, doing what they have done for generations in continuing to ensure that the truths of the Bible are relevant for a contemporary society.