Christians, we are not called to judge the world, but to love it, says Annie Carter

I was horrified to read this afternoon that a Christian couple in the UK have said they’re unwilling to sell their home to gay people.

In a message seen by MailOnline, Luke Main and his wife Dr Joanna Brunker reportedly wrote to their prospective buyers (pictured, above), "Dear Lachlan and Luke, thank you for sharing your circumstances with us. We’re sorry if we seem intrusive, but we just want to make clear that we would be unwilling for two men in a partnership to view or buy our house. As it is contrary to the gracious teaching in God’s Word, the Holy Bible, e.g Romans 1:24-28 and Jude 7 (King James Version). With regards.” 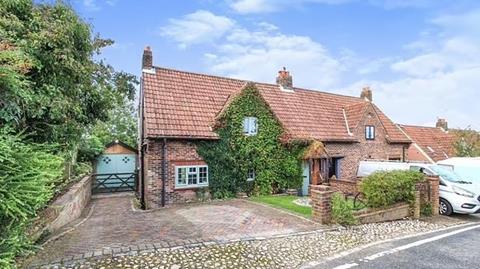 Most of the time, you wouldn’t easily know about the ethical behaviours or anti-biblical inclinations of your prospective buyers. And that’s probably a good thing, because as Christians it is not our job to be the moral police, refusing to go into business with people who might disagree with our values. As Billy Graham once said, “It is the Holy Spirit’s job to convict, God’s job to judge and my job to love.”

This gay couple just wanted to purchase a property; they weren’t asking for a blessing and introduction to the next baptism class.

All of us are sinners. All of us have not lived our lives in accordance with every biblical instruction. We need to have grace for one another, especially those who don’t call themselves Christians. Why would we expect non Christians to live by the Bible? If you’re not a Christian, why would you try to follow Christian teachings?

Now, imagine that this Christian couple had instead warmly welcomed Luke and Lachlan to view their property. Imagine if the young men had seen evidence of their faith during the showing – perhaps a Bible or church leaflet on the coffee table, maybe some worship music playing in the background. Imagine if the gay couple had experienced Christians being Christlike and welcoming, engaging them in interesting conversation, not judging them for their sins. What might have happened...?

Unfortunately, it is negative stories like this that damage the reputation of the Church.

Christians, we are not called to judge the world, but to love it. I say this as someone who lived next door to a gay couple for a few years, and later on, lesbians. In both cases, we welcomed them and befriended them. The gay couple once told us, "It’s so amazing to have such lovely neighbours." They had experienced cruel discrimination from previous neighbours. We had the privilege of showing them another way. The way of love. The love of Christ.

Let’s not go beyond our remit as Christians. Yes, we might object to certain practices or beliefs. But selling your house to non-believers does not mean that you approve of their lifestyle! I’d really like to see Christians appearing in the news for their wonderful acceptance, love and charitable endeavours, not for being judge and jury – that’s not our calling. We are called to show love to all.

Remember, Christ exhibited most of his disgust not towards non-believers, but to the uber religious with their pious prayers and love of high positions.

Let’s not get on a slippery slope where we decide who we can do business with, based on people’s lifestyles or beliefs. We’d have to leave the planet if we only agreed to work with and do business with those who believe the same things as us!

Annie CarterAnnie Carter is involved in eclectic pursuits, from educational work in schools to vaccinating people to leading worship. She also writes occasionally and is the author of a fantasy novel.