There are so many healings being reported in Wales that Chloe Swart has begun a PhD in order to to academically document what’s going on. Here’s what she’s discovered so far 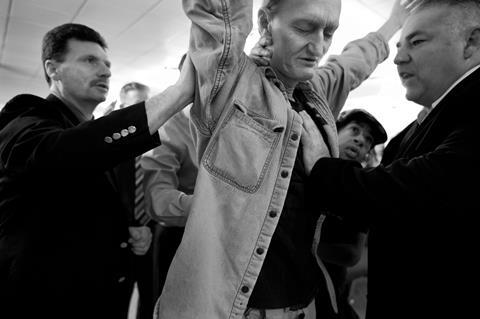 During lockdown, Susie (pseudonyms used throughout) came on our Alpha online course looking terribly anxious and upset. I asked what was wrong and she explained that she had an exam the next day but couldn’t focus on revision because she had just been diagnosed with shingles. Her body was covered in a painful rash and she was feeling really unwell. I asked if she would like me to pray for her for healing, which she happily agreed to. I simply said, “In the name of Jesus, rash go. Susie receive your healing now. Amen.” I asked her how it felt. She was sat in her bedroom with her camera on just her face. She turned to her mirror and lifted her jumper to see how the rash was. We could see nothing but her facial reaction and in that moment, her jaw dropped, her hands went to her face, she let out a squeal of shock and turned to us on Zoom and said, “It’s gone! The rash has completely disappeared. I can’t believe it! It’s completely disappeared.” Later I found out she was able to revise for her exam, take the test and she passed!

That is just one story. Across Wales we are hearing reports of hundreds of people getting physically healed following prayer. I attend a church which sees people healed all the time. We’re also part of a network of over 800 churches in an organisation called New Wine Cymru (NWC). Through NWC, we hear of churches reporting many people getting healed across Wales and so I decided to start a PhD to academically document what’s taking place. In just a couple of months I collected over 600 stories of people living in Wales who say that they have been healed in the last few years.

What is fascinating about my results is that people aren’t necessarily getting healed in church services, following three hours of worship or after receiving prayer from a travelling minister with the gift of healing. Instead, the stories are of people getting healed in the supermarket, in their local Costa, at a friend’s house or in the gym. More than that, it wasn’t always the pastor praying for people, but the everyday Christian. People like you and I.

During my research I also interviewed 14 church leaders in Wales. It was fascinating to understand their theology of healing. They told me that healing is a driving tool for mission. Many of them spoke about copying Jesus’ example of healing in the gospels. When Jesus healed people it was a physical demonstration of his power. Today, Christians all over Wales are offering to pray for their friends, colleagues, neighbours and after seeing them healed, use it as an opportunity to explain the gospel. A common phrase used is, “What Jesus has done for your physical body, he wants to do for your whole life. Would you like to know more?”

Over the years, many Church leaders in NWC have faithfully prioritised praying for healing as a key function of their church and a key part of their mission to their communities. Through doing this for a number of years, they have created a culture of expecting healing miracles. Due to that culture in Wales, churches are now seeing many people healed, frequently.

I love the story of Jason who prayed for Steve who had a neck injury due to martial arts. Steve attended our community BBQ and while footballs were flying and his kids were handing him their half eaten hot dogs, Jason offered to pray for Steve who immediately got healed, with all pain leaving his body. Steve turned to Jason and said, “I’ve been thinking of coming to church for two years but never felt like I could. Now I know God loves me.”

Amy hired a cleaner for a little bit of extra help during a busy season at work. When the cleaner arrived, Amy and husband noticed she had a limp and was walking with pain. They asked about it and the cleaner said she had a back injury meaning her hip was in pain. They stood in the kitchen and simply said, “Pain leave in Jesus name. Receive your healing.” In that moment the cleaner said her hip felt a little better. So Amy and her husband prayed again. After praying again all the pain left. The next week the cleaner came to church with her daughter.

God is alive and active and he’s using people like me and you. When we pray, people get healed. It is a physical sign, that God is alive, he is active today, and he has the power to transform lives.

Chloe SwartChloe Swart leads Alpha Wales, holds a first-class honours degree in Theology and is currently working on a PhD thesis regarding healing miracles in Wales.