From Windrush to Brexit, the British Church has struggled to address racism

As Black History Month gets underway, Richard Reddie takes a look at the events that have shaped the Church’s racial justice journey. We may not be where we want to be, he says, but there’s still time to finish the race well 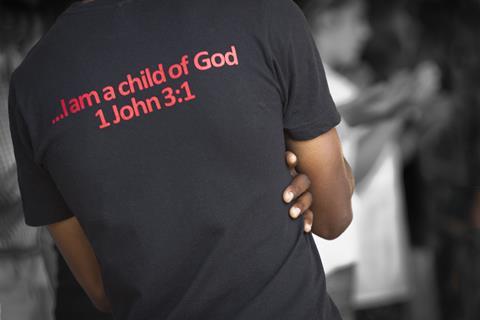 I often get told that I look good for my age.

While this is something with which I never disagree, having worked for a number of Christian organisations over the past 25 years, I am old enough to remember the days when churches were both unwilling and ill-prepared to talk about racial justice.

My new book Race for Justice (Lion/SPCK) looks back over the past quarter of a century and explores the struggle for equality and inclusion in British and Irish churches. Each chapter is written by a Christian of a different denomination, someone with an inside track on what has – or has not - taken place to address racism within their part of the Church.

Originally conceived to mark the 25th anniversary of Racial Justice Sunday (RJS) in 2020, like much that year, it was postponed due to the pandemic. RJS was established in 1995 by the Methodist Church and later adopted by Churches Together in Britain and Ireland in response to the racist killing of Black teenager Stephen Lawrence. Stephen’s murder in 1993 became a catalyst for many churches to address the societal racism that cost Stephen his life, as well as the Church-based prejudices that held Black and Brown Christians back.

Much has changed since then, but the fight for justice is far from over. Today, the question remains: is the Church suitably placed to address this?

Looking back over the last decade, it can be argued that it has struggled. The Church remained silent when the government introduced its hostile environment policy in 2012, which encouraged public services such as the NHS to make life difficult for those not deemed to have the right to reside in this country. The discriminatory policy, found to break equalities law by the Equalities and Human Rights Commission, created distrust and division within communities and caused destitution for those without recourse to public funds.

It is not how you start that matters, but how you run the race

The policy was also at the root of the Windrush scandal, which saw thousands of Black Britons wrongly threatened with deportation and continues to affect people today. Although many of these people had solid connections with local churches, most were slow to engage with the campaign for justice and it was invariably left to community groups and journalists to take up the cause.

Churches were also tardy in responding to the spike in reported race and religious-related hate crimes following Brexit, failing to condemn appalling behaviour or support victims.

Likewise, they have been reluctant to tackle serious youth violence, which has ruined so many lives over the past decade. Virtually every church has some plan to encourage young leaders, yet so many of the next generation languish in prison or are buried in cemeteries. Proactive, prophetic Christian witness should see the Church working with other agencies and community groups to turn these young lives around.

The murder of George Floyd in the USA in 2020 caught many churches on the hop. Some leaders condemned the killing, as if deaths involving British police did not occur here (there have been over 50 in the past 50 years, most recently Chris Kaba).

Proactive, prophetic Christian witness should see the Church working with agencies and community groups to turn young lives around 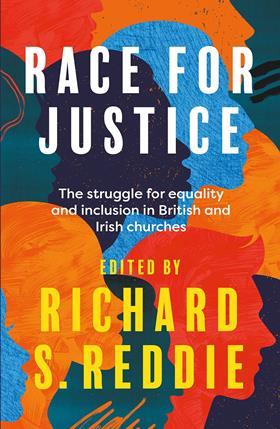 Others were left scrambling around, seeking to enact dormant race equality policies or assemble racial justice commissions and taskforces. It took the tragic death of (yet another) Black man, this time on the other side of the Atlantic, for Christians here to finally recognise that racism is a sin; we are all made in the image of God and loved deeply by him.

While the case for the defence of the Church appears weak in the court of racial justice, scripture offers hope: it is not how you start that matters, but how you run the race.

We are called to run with endurance, fixing our eyes on Jesus (Hebrews 12:1-2) and pressing on toward the goal (Philippians 3:14). The direction we take, toward the final destination, is as vital now as ever.

Let’s not lose hope; as Christians, we serve a God who loves justice and calls on us to do likewise (Micah 6:8). Race for Justice reveals how those with a heart for justice can transform both the Church and the society we live in.

Richard ReddieRichard Reddie is a writer, researcher, cultural and religious commentator and broadcaster. He is director of justice and inclusion for Churches Together in Britain and Ireland and is the author and editor of several books, including the recently published Race for Justice (Lion/SPCK), Abolition! The struggle to abolish slavery in the British colonies (Lion Hudson) and Black Muslims in Britain (Lion Hudson).