Don’t listen to Elon Musk: the kind of free speech Twitter enables is not essential to a functioning democracy, says Rev George Pitcher 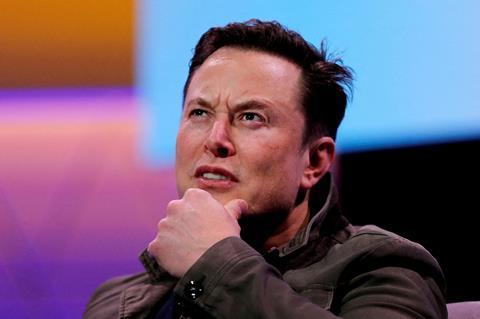 The walking, talking self-parody of power that is the world’s biggest billionaire, Elon Musk, claims to be a “free-speech absolutist” in his motivation for the $44 billion purchase of social media platform Twitter. The free speech that he will promote on Twitter is, apparently, “essential to a functioning democracy”.

There is an alternative view on offer and it’s this: No it isn’t. That is, the kind of public discourse that underpins a healthy democratic process is not the kind of public square in which Musk imagines anyone can say anything they like, a sort of free-for-all punch-up in which the biggest gob prevails. The proof is the power of silence or, as it used to be known, the keeping of one’s own counsel.

When Shakespeare’s King Lear demands declarations of filial affection, his daughters Goneril and Regan duly oblige with gush and grease. Their sister Cordelia says she has “nothing” to say. True, the policy of self-censorship doesn’t work out well for her, but when Lear holds her hanged body, the blasted heath on which he does so becomes the moral high ground. Nothing has very much not come from nothing.

The same might be said of the high ground of Calvary. In John’s gospel, Jesus of Nazareth remains silent in the face of the worldly charges brought against him. Pontius Pilate’s “What is truth?” (John 18: 38) is left hanging in the air, requiring a more profound answer in God’s action in the world than any shouting for crucifixion in the public square can match.

His mother, Mary, gets less credit for her silence. When she is told by the angel the somewhat disturbing news that she will bear God’s son; when the shepherds visit the infant and when the child is found in the Temple, which he claims as “my Father’s house” (Luke 2:49), she ponders (or treasures) “these things in her heart” (Luke 2:19). It might be described as the very opposite of posting a pic on Instagram: “So proud of my brilliant boy.”

The political power of silence was well proven by the advice of Brendan Bracken, founder of the Financial Times and war-time spin doctor to Winston Churchill, who told Churchill to remain silent at a meeting to decide the successor of Neville Chamberlain as leader of a national government. In the deafening quiet that ensued, his principal rival, Lord Halifax, deferred to Churchill. Never has the phrase “the rest is history” been more appropriate.

During more recent political events, the power of silence has been more obvious in its breach than in its observance. Arguably, Boris Johnson would not now be at the stub end of his political career had he kept his trap shut more often – over Brexit, over covid, over his allegations that there had been no parties at Number 10 during lockdown and, if there were, he hadn’t attended them and, if he had, he didn’t know they were parties.

A more usually sensible political character, the Speaker of the House of Commons, Lindsay Hoyle, may have served the democratic process better had he not noisily intervened this week in allegations that a Tory MP had accused opposition front-bencher Angela Rayner of using her legs to distract the Prime Minister. Calling a national newspaper to account for the story looked and sounded like playing to the gallery, never a good look for someone in his job.

The temptation is often to engage in public debate before one has had a private one. And, we should note in relation to Musk’s acquisition of Twitter, that it isn’t as much about free speech as stupid speech. Any pile-on on Twitter is substantially much more about the latter than the former.

In fairness to Johnson, a case can be made that the drafting of both pro-Brexit and anti-Brexit columns ahead of making his decision on which way to jump could precisely have been this kind of internal dialogue (though, equally in fairness, all subsequent behaviours have seemed to point to self-serving opportunism rather than self-examination).

For many of us, the internal dialogue is a form of prayer. It’s why medieval mystics valued the pilgrimage – the opportunity to walk in silence, the value being not in reaching the destination (or conclusion) but in self-examination along the way, which is the first in that other holy trinity, along with the truth and the life.

Social media offer the polar opposite of this, particularly in the declared aspiration of Musk’s “free-speech absolutism”. It’s variously attributed to Abraham Lincoln or Mark Twain that it’s “better to remain silent and be thought a fool than to speak and to remove all doubt”. But what’s for sure is that the wisdom of that observation is rooted in ancient scripture: “Even a fool is thought wise if he keeps silent, and discerning if he holds his tongue” (Proverbs 17:28).

If such wisdom was universally observed, we would have neither Musk nor Twitter. Then where would we be?