Don’t confuse Hatun Tash’s brave engagement with radical Islam as being ‘the Gospel’. But do learn from it

Evangelist and former Muslim, Hatun Tash was stabbed last month at Speakers Corner. While praising her bravery, Peter Meadows is concerned that her example doesn’t become a model for regular Gospel communication 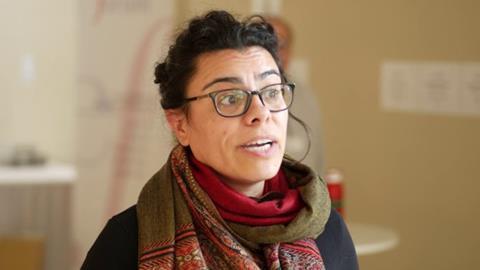 Two things set me off when reading of the appalling knife attack on Hatun Tash at London’s Speaker’s Corner.

First to rattle my cage was the person who said the violence had been committed on someone proclaiming the ‘glorious Gospel’. Yet, according to the reports, Hutun’s proclamation was essentially confrontation with Islam.

My reaction was fuelled by the recent highly-publicised incidents of those ‘preaching the Gospel’ on UK streets being arrested. Parts of the Church have cheered them on as ‘heroes’, yet often the content of this ‘Gospel preaching’ is actually focussed on using the Bible to attack other people’s sexual lifestyles.

WHAT IS THE GOSPEL?

Proclaiming the Gospel does not involve attacking the beliefs and lifestyles of others. Instead, it is centred on Jesus, his resurrection and saving power. This is consistent with the presentations of the Christian message throughout the book of Acts.

So whatever we may personally feel about Hatun Tash’s message – or that of Leviticus-thumping street preachers – it is not the ‘the Gospel’.

SHOULD WE BE DELIBERATELY OFFENSIVE?

The second issue that got under my skin was the Charlie Hebdo t-shirt that Hatun was wearing.

The mission leader and author Steve Bell has commented that, “Hatun goes on the offence without seeking to be ‘offensive.’” But wearing support for a publication that provoked extreme Muslims to kill 12 and injure 11 others could hardly be anything other than ‘offence’.

Of course, there will be times when our Gospel message provokes a strong reaction. But it is not our place to set out to be deliberately offensive.

Does this make Hatun wrong in her approach? Not necessarily. As Steve Bell points out, her approach is for ‘specialists’.

Those Muslims she contends with so bravely are not ‘regular Muslims’ but hard-line, in your face, aggressive, ‘our way or the highway’ people. To be heard among this group of people will take some shaking of existing foundations of belief. And who am I to say whether actions like drilling holes in a copy of the Koran, as Hatun has done, is the wisest way to confront them?

My only concern is that her words and actions do not become a model for regular Gospel communication. The average Christian in the pew is not called to engage with aggressive Muslims in the same way as Hatun Tash.

This matters because too few Christians are comfortable speaking up for their faith. And if these Christians see the Koran drilling / Charlie Hebdo T-shirt wearing approach as the plate they need to step up to, they will likely remain silent. Instead, what we need is Christians who share the hope they have with “gentleness and respect” (1 Peter 3:15).

At the core of all this Hatun has got something very right. She understands that some people have beliefs so entrenched, that such beliefs need to be undermined before they can be open to another way of thinking.

Tim Keller speaks of people having ‘common-sense’ beliefs that make Christianity seem implausible. He points to philosopher Alvin Plantinga’s assertion that some avoid Christianity because their culture - via its media, art, and its spokespersons - leads them to have ‘defeater beliefs’ they are sure are true. And since these beliefs are true, Christianity can’t be.

Hatun Tash understand this and addresses it in her own context. Although her approach is not ‘the Gospel,’ it is an essential forerunner for it.

I’d like to think more of us would match Hatun’s bravery and passion while also applying that thinking to our own context. All the while choosing our t-shirts with care and not confusing ‘the Gospel’ with what it might take to wake people up to it.

Peter MeadowsPeter Meadows is a communicator, commentator, father, husband and traveller. He is the founder of Buzz magazine, which later become Premier Christianity. He's a fan of Chelsea, Spain and Superstore who fears ever taking life too seriously.