Covid has changed how Christians are viewed, and that’s a good thing

The pandemic has shone a spotlight on churches and Christian charities working hard to be Christ’s hands and feet across the UK. Tim Farron says governments, and ordinary people, are noticing 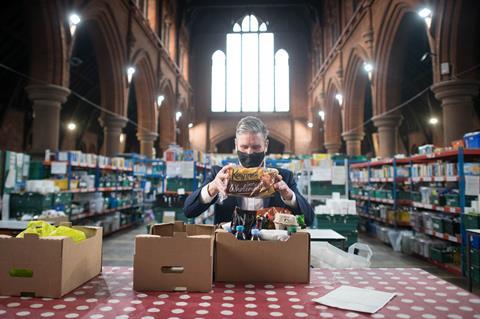 In recent decades, a lazy consensus has grown around the notion that faith is no longer relevant to our society, or even that it is a negative thing. But the pandemic has changed the minds of many.

The practical outworking of Christian faith in serving people in need has seriously shifted people’s perceptions. Churches have got their hands dirty and people have started to notice. A Savanta ComRes poll showed that 42 per cent of UK adults agree that churches are helping their community - a seven per cent increase from before Covid-19.

Faith should not be seen as a private and personal affair, but a very public one

The all-party parliamentary group on faith and society also recently produced a report looking into partnerships between faith groups and local authorities during the pandemic. They found that, in recent years, there has been suspicion from civil servants that faith groups were only seeking to provide services so that they could proselytise or support people selectively. This myth has been exaggerated – the report found 91 per cent of local authorities describe their experience of partnership with faith groups as “very positive” or “positive”.

Local groups understand their local communities better than a government run from London. Churches rooted in those communities are well-placed to know their needs and how to best tackle them. And now, there is reason to be optimistic for the future. The government’s Faith New Deal offers a million pound pilot fund for faith groups who wish to undertake innovative partnership projects. It seeks to develop an agreement between faith groups and local and national governments to help harness the underutilised capacity of the faith sector, working alongside public services. The Faith New Deal was shaped by two reports written by Christian MPs: Conservative Danny Kruger and Labour’s Stephen Timms.

During the pandemic, even more than usual, Christians have been running food banks, collecting, transporting and donating food and money, providing pastoral support and making church buildings available for those in need. In my patch in South Cumbria, no one bats an eyelid that the church has been present at our regular council resilience meetings. Everyone sees their relevance because of the practical role they play.

The media is increasingly aware of this role too. Recently, the BBC featured Pastor Mick and the Church on the Street ministries in Burnley as they sought to address the heart-wrenching challenges being faced by people in their local community.

As Christians, we should not be surprised by this because we are seeking to share God’s love for those we serve. We believe that we are not saved by doing good works, but saved in order to do good works. Faith should not be seen as a private and personal affair, but a very public one. Christ asks that we do not remain in our own comfortable bubbles but that we reach out and respond to the suffering and hardship around us.

In Matthew 25, Jesus talks of those who will inherit his Father’s kingdom: “I was hungry and you gave me something to eat, I was thirsty and you gave me something to drink, I was a stranger and you invited me in, I needed clothes and you clothed me, I was sick and you looked after me, I was in prison and you came to visit me…. Truly I tell you, whatever you did for one of the least of these brothers and sisters of mine, you did for me.”

We should be both challenged and encouraged by these verses. I pray that the response of the Church, faith groups and Christian charities over the last 19 months will draw those around us to the love of Jesus Christ as we continue to serve their needs in his name.

To read more about how churches and Christian charities are working to tackle homelessness, read our feature in this month’s magazine: Inside the Christian campaign to end homelessness