Churches are desperate for youth workers. So why can’t they find any?

Low pay, short term contracts and heavy recruitment into church leadership is resulting in a critical shortage of youth and children’s workers says Paul Friend of South West Youth Ministries. But who is to blame and what can we do about it? 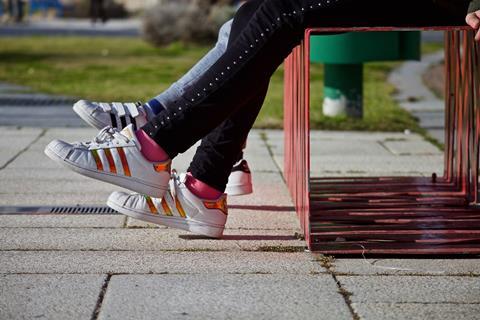 I sit down to write this after two phone calls this morning before 11am asking me if I know anyone who could fill a role as a youth worker.

On average, over the last three months, I’ve had a request at least every 48 hours from churches and projects across the region – and sometimes beyond it. Many roles are being re-advertised for a third, or even fourth, time.

On the one hand it is exciting that, coming out of a global pandemic, so many churches are keen to grow, develop or start work with children and young people in their communities. We all know that the need right now is huge.

But where have all the workers gone?

On speaking to church leaders about their problems recruiting, many say that they have had applicants, but rarely with the experience, qualifications or character to take on the role. Alongside this, recent research by the Christian Youth Work Consortium shows that the number of people entering into Christian youth work training has halved in the past ten years.

All of this leads me to think that we are on the verge of a crisis in the UK Church. There is a growing need but no-one to fill it. Tony Cook, assistant director of education at Bath and Wells diocese, told me: “Churches are putting up salaries to try and attract fully-qualified, experienced ‘angel Gabriel types’ who simply aren’t there. Mainly because many qualified workers are now either in teaching, ordained ministry or out of youth work all together, so youth ministry is left with this massive void.”

Some would say that this is leading to a shift back to volunteer-led ministry, and that this is a good thing; that the Church has over-professionalised ministry to children and young people and we need to go back to grass roots. To a point, I agree. There is still a need, however, to have someone heading up, casting vision, resourcing, training and releasing a team of volunteers. Youth and children’s ministers still have a vital role if we want to grow in reaching, supporting and caring for children and young people in our community.

Finding a solution to the problem

So, if there is still a need for youth and children’s workers and yet people are not going into training or applying for roles, what has changed? What have we got wrong and how can we fix it?

1. We haven’t invested in or valued training as much as we should have

One question I’ve started asking when leaders ask if I know a brilliant youth or children’s worker is: “Have you sent anyone to be trained in the last five years or trained anyone in situ during that time?” I know this isn’t always possible, but I do wonder if we want the finished article without investing in the process.

Many churches run in-house internship-style programmes - with varying degrees of success. This can be a good way of encouraging young adults to serve, but it can also be seen as ‘cheap labour’. Over the years, I’ve heard story after story of disillusionment and burn out from people who have done these kinds of things. It can seem easier – and cheaper - to do it ourselves rather than exploring a longer-term qualified training route.

Some churches may be concerned about how effective some ministry training programmes are. However, from my experience, many interns are not offered a clear progression pathway that would enable them seriously consider youth and children’s ministry as a long-term option when their placements end. As a result, they move on and the church simply turns to the next batch of interns. What could it look like if we re-built trust with local churches as training providers and developed a culture where we were always looking to train up the next generation of youth and children’s leaders? What might it look like if we valued training and sought to build it into each appointment, ensuring youth and children’s workers were properly trained, inspired and equipped to do the job?

Often youth and children’s ministry roles are paid significantly less than other ministry roles within the Church. Perhaps we assume that the workers taking these roles will be younger, less experienced or with less financial commitments. Perhaps, more crudely, we just think it’s not as important as other roles. Funding for ministry is always a challenge. Often roles are funded for two or three years - which doesn’t lead to long term job security for people thinking of entering into youth or children’s ministry. If you have a family or a mortgage, short term roles are a real risk for people considering them.  What might it look like if we committed to finding the funding for longer term roles and re-thought pay scales to reflect the unsocial hours, parental pressure and highs and lows of ministry with children and young people?

3. We see adult ministry as promotion and we back that up with words and actions

Many people still see adult ministry as a promotion from youth and children’s work – whether that’s stepping into church leadership, worship or other operational roles within the life of the Church. Even if we would seek to deny this statement, the truth is that most mainstream denominations have been putting huge amounts of resource behind encouraging younger people to explore ordination. This means that some of the best youth and children’s workers - who might otherwise have served a lifetime (or at least a decade or more) working with children and youth - have been channelled into adult ministry within a couple of years.

The desperate need for more church leaders has perhaps meant a pillaging of the youth and children’s work community. I’m sure that many made the move as a response to a genuine call from God, however the encouragement from church and denomination leaders, supported by resources and financial incentives, has also made it an extremely attractive proposition.

What would it look like if we genuinely saw youth and children’s ministry as a vocation to be valued on a par with adult ministry? What if we encouraged movement the other way – encouraging those working with adults to explore ministry with children and youth? What if we shifted the culture to encourage a lifetime of service to the younger generation, rather than seeing it as a career stepping stone?

It is easy to blame culture, a smaller pool of young passionate Christians or training providers themselves for the decline in numbers of people training for youth and children’s ministry. But if we fail to address the culture we have created around pay, job security, lack of strategic investment in training and the devaluing of youth and children’s work as a lifetime vocational calling, we should not be surprised when, suddenly, churches all over the country cry ‘WHERE HAVE ALL THE YOUTH WORKERS GONE?’

Paul FriendPaul Friend is married to Jo and has two boys. Paul heads up SWYM (South West Youth Ministries) where he has been involved for 22 years. Paul also helps lead a local church in a village in Devon and in his spare time loves all sports involving a ball and watching a good film with a curry!