Are the Puritans worth reading?

Who were the Puritans? Should Christians read them? And if so, why? Tim Chester explores 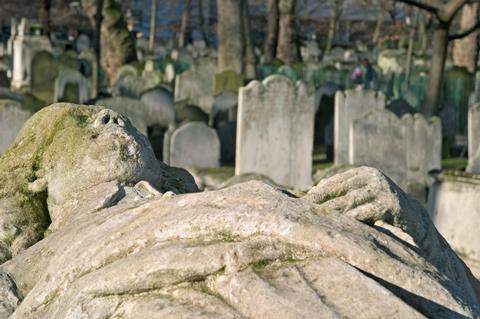 The tomb of John Bunyan, author of Pilgrim’s Progress, and arguably the most famous Puritan of all time, at Bunhill Fields, London

There’s no doubt the Puritans have had a bad press. Imagine you or your church were described as “puritanical”. Would you be happy? I suspect not. It conjures up notions of people who are strict and joyless.

So who were the Puritans? Is their reputation fair? And does it matter?

The Puritans were a 17th century movement with a concern to purify the Church of England – that’s why they were called “Puritans”.

The Puritans wanted the life and teaching of the church to be shaped by Reformation theology – not the compromises they felt had been adopted during the reign of Elizabeth I.

They were persecuted with different degrees of severity during the opening decades of the first half of the century. But their support for Parliament in the English civil war meant that, for a brief period in the 1640s, they enjoyed some influence in national life. But when the monarchy was restored, many Puritans felt forced out of the Church of England. They spent the rest of the 17th century on the margins; sometimes in underground churches.

One of the most prominent Puritans was John Owen, who for a while was the head of Oxford University. At the other end of the social scale was John Bunyan. Bunyan was a tinker – a mender of pots and pans. We still use the expression “a bit of tinker”, which gives a sense of Bunyan’s social standing! On top of that Bunyan spent 12 years in prison for his faith. Yet Bunyan is famous as the writer of The Pilgrim’s Progress, one of the all-time most-read books in English.

Is their bad reputation fair?

The Puritans believed the Sabbath (Sunday) should be spent in religious activities – so some opposed leisure activities on Sunday. They often frowned on the theatre. But 17th century theatre-going was not the refined activity it is today. Theatres back then were bawdy and rowdy, and a favourite pick-up spot for prostitutes.

The Puritans were serious about sin and were not afraid to denounce the sins of the nation, though they did so as a backdrop to the offer of forgiveness in the gospel. A few Puritans had a tendency towards an unhealthy introspection, though plenty of others worked against this.

As for being joyless, nothing could be further from the truth! One of the great Puritan achievements was the Westminster Assembly which produced, among other things, the Shorter Westminster Catechism. It’s famous first question is: “What is the chief end of man?” Answer: “To glorify God, and to enjoy him for ever.”

The Puritans were all about joy in God. And that’s reflected all over their sermons and writings. They expounded the glory of God to enthuse their hearers, and they urged people to pursue a felt experience of joy in Christ.

Does any of this matter?

I believe it does.

The Puritans offer us a rich treasure trove of warm, pastoral spirituality. The tragedy of their bad reputation is that it puts people off these precious resources.

The Puritans emphasised the providence of God – his complete control over our lives. Through repeated bouts of persecution, they had learned to find comfort in knowing that life is in God’s hands and his people are in his care.

The Puritans emphasised the grace of God. Salvation is God’s work from start to finish, and that gives us a rock-solid hope for the future. If they spoke of the depths of sin, it was to spotlight the heights of God’s love.

The Puritans emphasised an experience of God. Among their numbers were some heavy-duty theologians, but their faith was never just about head-knowledge. They were blown away by the love of God and they wanted other people to experience this love for themselves – not just at conversion, but day by day in the ups and downs of life.

So why not give them a go? You might find your heart stirred by the rich legacy of their spirituality.

Tim ChesterTim Chester is a senior faculty member of Crosslands Training. He is the editor of Into His Presence: Praying with the Puritans (The Good Book Company) and co-editor with Lewis Allen of The Glory of Grace: The Puritans in Their Own Words (Banner of Truth).