After a church rips off Hamilton, here are the 7 greatest Christian pop parodies

After The Door church in Texas, USA came under fire for performing a Christian version of Broadway musical Hamilton without permission, Jonty Langley shares his favourite so-bad-you’ll-love-them Christian versions of secular songs 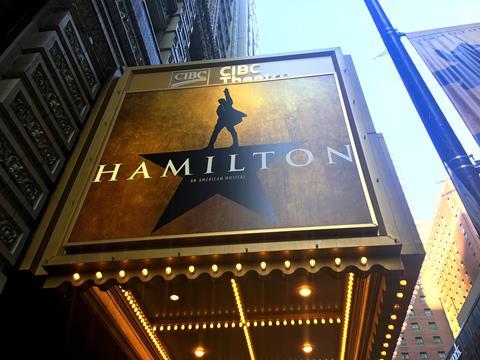 Copyright is a funny thing. Except when it isn’t. Most smart churches have copyright deals in place for their worship songs and are legitimately scared of a visit from the Disney Police if they dare to show a clip without a licence. The general rule is: don’t mess around with copyright. But The Door church in McAllen, Texas, missed that rule.

The Door is facing legal action for repurposing the wildly successful musical Hamilton to give it a Christian (and LGBTQ+-hostile) spin. They are now having to pay damages to an equality charity and burn all the recordings. And after reading this article, you may be calling for burnings of your own.

Here, for your edification, mortification and enjoyment are some other classic Christian copyright infringements. I’m going to ask you not to share these with people outside the Church – not because I fear the artists will be sued (parody law protects them) but because, more than any scandal or social movement, some of these videos could bring the Church to its knees.

If anything is more holy and untouchable than Hamilton in pop culture, it has to be Queen Bey. She’s so universally loved that saying you’re not a fan is considered a hate crime. This video comes pretty close, being a crime against taste (and the battle for gender equality). It is very, very enjoyable.

Regardless of whether you agree with the message, you have to admit two things: 1) This is stupidly amusing. 2) Including the lyric: “make my daddy proud” was probably a mistake.

2. ‘Virtue makes you beautiful’ – not by One Direction

Keeping with the theme of the Church telling women what to wear because men refuse to control themselves would be a depressing choice if it weren’t for the sheer chutzpah of these not-what-you-automatically-think-of-when-you-think-of-cool-and-attractive lads. This group of first-time suit-wearers fully believes the chance of dating them will sway their sisters in Christ - and you have got to respect that. Well, you don’t, actually. But it is funny.

Bless them. We were all that awkward once.

For a better take on this tune that’s funny for the right reasons, check out Harry and Chris’s ‘Monopoly’. Straight from the Edinburgh Fringe and lacking in cringe, they also do a good line in parodying these kinds of parodies from the 90s.

This feels homophobic even though it isn’t. Which is quite an achievement. But you soon forget about that as you are overwhelmed by the sheer, unapologetic nerdiness of this deep cut about the name Yahweh. No, I am not joking. It’s actually kinda cute.

Evangelicals covering gay icons is weird. Respect for getting the word Tetragrammaton into a disco classic.

Rappers usually big themselves up, but I have never heard a more audacious flex than: “I lead a small group and they say I’m inspiring.” I actually don’t hate this. Is that bad?

Also. If you do not already know the original, do not go look it up. Just don’t. It is not empowering, or for you.

It’s hard to tell if this is actively re-enforcing awful gender stereotypes or helpfully trying to bring understanding between the sexes because this video is so mesmerizingly cringey. The original song is just so strong (and this performance so much better than you’d expect) that you can’t look away. Like a car crash.

This is well-meaning and sweet, but cringe on many levels, from the borderline offensive wig choice to the not-quite-great take on good works. But they are trying and we should give them a chance. Plus, I miss this tune, don’t you?

Honesty, there was so much irony in LMFAO’s original it’s hard to tell if this is a parody or a tribute.

The greatest. The cringest. The best. No other Christian parody comes close to this gem.

El Greco, Raphael and C.S. Lewis created great, transcendent art. But has anything in Christian culture ever come close to the line: “Me so holy?” I think not.