The founder of the Pioneer network of churches and March for Jesus, Gerald Coates, has died at the age of 78. Billy Kennedy, who succeeded him in heading up Pioneer pays tribute to the prophetic leader 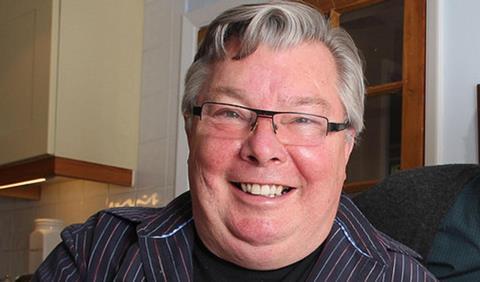 On Sunday 3rd April, Gerald Coates, founder of the Pioneer network of churches, passed into glory. For more than 50 years Gerald blazed a trail in ecclesiastical circles that have significantly influenced and shaped the church in the UK and beyond.

Gerald was part of a small group of dreamers and schemers in the 1960s who set out to ‘restore the church’ in the wake of charismatic renewal. He challenged the existing status-quo, the formal traditionalism of the mainstream evangelical church and preached a brand of non-religious Christianity that offended and delighted in equal measure.

Yet it was Gerald, because he loved the Church, who built bridges ecumenically. He served the cross-denominational Spring Harvest event, was a regular speaker at many denominational conferences and even became a friend and confidante to a number of Archbishops of Canterbury. He sponsored sell-out events at the Royal Albert Hall, facilitated the global March for Jesus events and hosted the ‘Champion of the World’ event at Wembley stadium with his friend, Noel Richards.

He wrote numerous articles and authored eight books between 1983 and 1995, including What on earth is this Kingdom?, Divided We Stand and Non-Religious Christianity which carried his influence to many emerging leaders in the mainstream churches and beyond the shores of the UK.

Gerald’s brazen confidence opened doors into the worlds of celebrity and politics. Over dinner he would regale stories of his latest encounter with this person or that person. He would share with delight the opportunity he had to pray for them or bring them some prophetic encouragement. If anyone interrupted him he would need to restart the whole story from the very beginning!

But probably the biggest role he played was in the lives of hundreds of young men and women with his decisive prophetic insights and declarations. He was a true prophet who ‘saw’ and he ‘spoke what he saw’. I have lost count of the number of people who have told me about their ‘Gerald moment’. Being called out in a meeting or receiving a ‘word’ in a church foyer that significantly altered the course of their lives.

My wife, Caroline, and I had only known of Gerald from a distance until 2007 when we were invited to do some work with the Pioneer team. We worked with them for 18 months helping them restructure for the future. At the end of the process, Gerald announced that he didn’t feel equipped to lead the network into the next season. The group began to discuss leadership options but no conclusions were reached. Towards the end of the conversation John Noble suggested: "Why don’t we invite Billy and Caroline Kennedy to lead the network?" We laughed. They all laughed. Later, at dinner, Gerald turned to Caroline and I and simply said: "When John Noble mentioned your names something leapt in my spirit. I think you are the next leaders of Pioneer." That was our ‘Gerald moment’. Our lives haven’t been the same since.

I talked with Gerald a couple of months back. He answered the phone in his usual way: "Gerald here". No need for a surname. I didn’t realise it would be the last time. He told me how proud he was of the decision he had made to step down from the leadership of Pioneer, and hand it on to Caroline and I. He shared how encouraged he was that his pioneering had now enabled a woman, Ness Wilson, to take on the leadership of the network. I told him about developments internationally. We talked about his health, his wife of 54 years, Anona, his sons and grandchildren. He thanked me for calling. We hung up.

Goodbye Gerald [for now]. To the King and His Kingdom.