'Jesus, Mary Joseph and the Wee Donkey': Line of Duty may have felt underwhelming. But its commentary on the nature of evil was spot on

Viewers didn’t get the supervillain they wanted. But Jed Mercurio was making an important theological point, argues Rev Jules Middleton 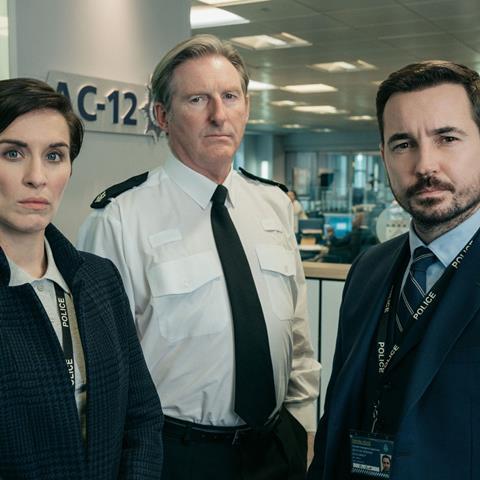 13 million people tuned in for the result of six series’ worth of AC12’s anti-corruption investigations: the uncovering of ‘H’, or ‘the fourth man’. Styled as a bit of a supervillain he was actually revealed as a rather poorly dressed, dim-witted, even gormless, DSU Ian Buckells.

Over nine years, Line of Duty has taken viewers through acronyms to test even the super fan, ‘bent coppers’ wheedled out of the woodwork and into prison (or witness protection), car chases, grisly murders, plot twists and enough drama to keep us on our toes to the very end of each series.

As the credits of series six rolled, many fans were left disappointed and underwhelmed. But in many ways writer Jed Mercurio has masterfully created a window into culture, society and humanity. Far from the escapism many of us seek in our Sunday night viewing, he has made us feel uncomfortable. Evil supervillains may be the stuff of Disney and Netflix but humanity’s brokenness might lead any one of us to a decision where we feel we have no choice - perhaps that is closer to the reality some of us live in?

When quizzed on the finale, Mercurio himself noted in an interview with the podcast ‘Obsessed with… Line of Duty’ that he wanted to make a point about how someone can do a lot of harm without necessarily being a mastermind.

Reminiscent of the usually mislabelled quote: “The only thing necessary for the triumph of evil is for good men to do nothing”, many Christian commentators have picked up on this theme, with several citing the ‘banality of evil’ (a phrase coined by Hannah Arendt, political theorist in 1961) reflecting that evil acts aren’t necessarily done by ‘evil people’ but led by the systems in which they find themselves; or we might add because of their own life’s circumstances.

Mercurio has given us characters who are flawed in ways that many of us might relate to. In series 1 DCI Tony Gates covered up a murder which resulted in his own death, prompted by an affair and his apparent need for approval and achievement. Ryan Pilkington who appeared from the very start when we saw the apparent poverty he grew up in, the lack of interest, let alone love, from his mum, leaving him vulnerable enough to be groomed into a gang who made him feel useful and powerful as he did their bidding. Even our hero Supt Ted Hastings left us with an ethical dilemna as he ‘misdirected’ thousands of pounds to support a young widow, while also assuaging his own conscience.

Most of us won’t be drawn into criminal gangs or murder, but we’ve all faced temptations. Have we been those who have stood by and done nothing when we’ve witnessed wrongdoing?

Evil is all of those things that thrive in an absence of God’s presence.

In the end, the villain we’d been looking for was a guy with little integrity or care; who was fed by simple greed; and who turned a blind eye to what was going on around him. Perhaps the finale of season six made us face the reality that evil is less obvious than we might think, and we simply didn’t like it?

Rev Jules MiddletonRev Jules Middleton is a vicar in the Church of England, author, wife, mum, lover of Jesus and the sea - not necessarily in that order. She writes at pickingapplesofgold.com and tweets @redjules