After losing £50,000, Lord Sugar's first apprentice Tim Cambell MBE was "broken". But after reconnecting with God, Tim was given new vision and purpose for his life. In this interview, which took place at The Everything Conference, the businessman explains what God taught him, and the difference its made to his life since 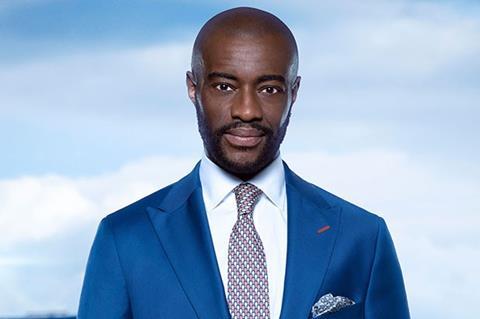 At one point in my career, I got really caught up in television, but it turned out to be a huge distraction. It was great to go to the award parties, and do lovely things, but I realised, particularly after my first business failed, that I was not living in the light of the Lord. And what I was actually doing was feeding my ego.

I remember at school, I used to envy those people who wanted to be firemen or doctors, because they had a clear career path ahead of them. If there was a regimented plan like that, I'd have done it and followed it quite easily. But I was listening to my mother's mantra, which was 'go and get a degree.' That’s all she cared about - to the point that she faxed the degree to everyone in Jamaica, when I got it, because she was so happy! But I got this piece of paper, which was supposed to be my "pathway to success", and I had no clue what I supposed to do with it. So I chased this dream, which was somebody else’s. And I was lost.

But the power of failing was I had to be very, very quiet and actually listen to the Lord about what I was supposed to do next. There’s a song by Tasha Cobbs Leonard called 'Gracefully Broken'. And I needed to get to a position where I was broken. Not in a negative way, but to strip away all the rubbish that was around, that was a distraction. And that moment came when I was crying on Brighton beach, into a bowl of mussels, after losing my first business.

At that point, I realised two things.

One, I wasn’t dead. And that was really important. Because actually, if you still have breath in your lungs, you can go again.

Secondly, I was in that moment of vulnerability of me putting up my hands and saying: "I've failed. Lord, what do I need to do next?" Being broken in that situation is about surrendering to where you are, and then knowing that the Lord will fill you afterwards. And in that moment he said to me, very clearly, "Tim, your journey is to help other people not to make that same mistake."

I'd lost that fifty grand or whatever, but I built Bright Ideas Trust to empower others not to go down the same route of arrogance and thinking they know everything, and instead surround themselves with mentors and build a sustainable business. We've now invested in over 700 different companies, we’ve raised millions of pounds.

Now I understand my purpose is all about creating platforms and using the visibility I’ve been afforded, which is a gift, to empower other individuals.

My upbringing was Jamaician. The emblem of our national flag is 'out of many, one people'. I think for us Christians, that is really important. We are very different. But it doesn’t matter. No matter where you start from, the Lord tells us the same things, "treat others as you want to be treated" - it is very, very simple. It’s not complicated. And sometimes we complicate things like, what should I be doing? But if you sit quietly he will talk to you. He talks to all of us all the time.

The other symbol, which comes out of a colonial background, is 'each one teach one'. In the slave days individuals weren’t allowed an education. So if you knew something, if you could read, you had to teach somebody else. I think for all of us, particularly in the world of work, we don’t often lead with our faith. But I believe, if I act in a certain way, people will know I have faith. I don’t have to wear any symbols, but they will know. People often talk about "you’ve got an aura" or "you’ve got a personality" or something. That’s God. It's not me. We are conduits, we are vessels. And when we do his bidding, people will see.

Tim Campbell MBE was speaking at The Everything Conference 2022, a Christ Church London initiative which exists to equip and inspire followers of Jesus to work towards cultural renewal in our world. For more information about future events visit everythingconference.org