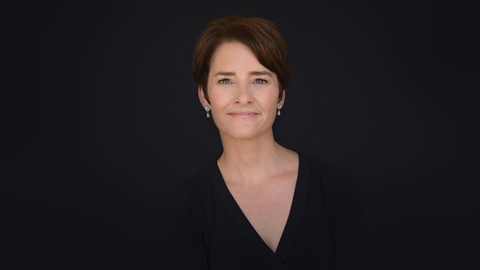 Julie Roys has been described as a gossipmonger, an apostate and a liar. Such labels would cut most Christians deep, but not Roys. The 57-year-old Chicago-based journalist wears unfounded criticism as “a badge of honour” – she even has a mug printed with some of the more acerbic remarks she has received.

Growing up as the youngest of four, it was “survival of the fittest” in her household, and Roys held her own when it came to her pushier siblings. “I would rather get beat up than give in,” she tells me.

Free assertiveness training in childhood, coupled with a naturally strong “internal justice metre” might explain the thick skin and tenacity she now displays in adulthood. When she sees wrong being committed, she just can’t stay silent.

For the last four years, Roys has been reporting on the egregious crimes committed in the Church, including the sexual abuse of apologist Ravi Zacharias, the mismanagement and abuse at Willow Creek Community Church and bullying within the Acts 29 church-planting network.

Along with receiving hate mail, her investigations have cost her work, friends and even a libel lawsuit, which she faced in 2018 following an exposé of pastor and televangelist James MacDonald. Harvest Bible Chapel later dropped the lawsuit and paid her legal fees – MacDonald was fired several weeks later – but what Roys found particularly galling about the whole affair was an article written by MacDonald.

In his piece for Christianity Today, the media company founded by evangelist Billy Graham, he argued that it was sometimes biblical to sue believers. “CT at that point was providing cover, I feel, for the celebrity preachers and the people with platforms,” she says.

It’s the “inter-connected web” of million-dollar Christian ministries that protect the members of their tribe and exploit their relationship with donors and the media, which Roys says is harming the Church’s witness in America – and she’s determined to expose it. Contrary to the accusations of her detractors, she isn’t motivated by hatred, but rather a deep love – albeit for a Church in need of reform.

Roys comes from a long line of Christian nonconformists, some of whom arrived in the US in the 18th Century after persecution forced them from their Swiss homeland. Her forefathers were Anabaptists, preaching believers’ baptism at a time when the idea was punishable by death.

Her mother’s side were Wesleyan and believed they were saved to be a “city on a hill”; a people separate and holy. It’s this tradition of biblical orthodoxy, coupled with a desire for the Church to remain righteous, that underpins Roys’ values.

She sees her work as shedding light on the heresy and corruption taking place today under the banner of the cross, and it makes her a formidable opponent. But only if you’ve got something to hide.

Your website says that you expose corruption in the “evangelical industrial complex”. What does that phrase mean to you?

Do you think there is something about the megachurch model, in particular, that fosters these kinds of problems?

Yeah. I think we’ve created an entire system with a huge amount of money that is completely unregulated and completely non-transparent, in most cases. In the United States, if you’re a secular non-profit organisation, you have to file what’s known as an IRS 990; it’s a tax form. And you have to declare the salaries of your top three executives. You have to show how your money is being spent…If you’re declared a religious non-profit, you don’t have to file 990s.

I don’t think anybody envisioned megachurches with $30–40m budgets, with absolutely no reporting accountability. I don’t know of a megachurch where the people who are giving the money know how much their pastor is making.

RZIM [Ravi Zacharias International Ministries] is a perfect case study. Who was the chair of the board? Ravi Zacharias. Who was the vice-chair? Margie Zacharias, his wife. Who was a director? Sarah Davis, his daughter, who also served as the CEO.

There’s no accountability there. And the rest of the board members were secret. In 2015, RZIM filed with the IRS [Internal Revenue Service] to become an association of churches and then they didn’t have to file their 990s.

Everything they did was secret. And that’s just appalling, the fact that it’s legal. This is why I do what I do, because it’s not going to change until people are educated and we demand, as donors, accountability from the organisations we give to.

Do you think scandals are doing damage to the Church in America, in the sense that people are walking away from the faith?

Very much so. I would say there’s a growing number of what I would call ‘church refugees’. They’re Christians, they love Jesus, but they have had such negative experiences in the Church. They’re sensitive, but really I think they’re discerning – they walk in [to a church], and they can see how the power is being stewarded and how things are being controlled – and so they’re very wary.

I think God can work in all models, but I do think some definitely lend themselves more to health. And I think we need to start asking those questions and looking at what might be a better system. 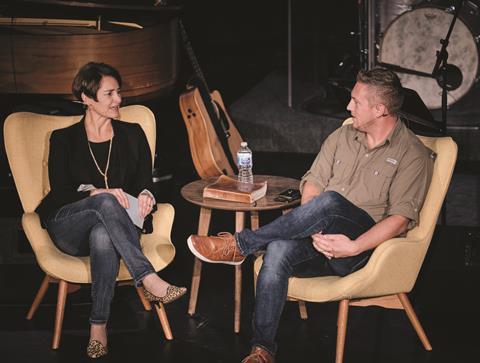 Interviewing RT Maldaner, a former pastor at Harvest Bible Chapel and a key source in Roys’ investigation of Harvest and James MacDonald

Would that mean the death of the megachurch model?

Yes. Absolutely. I used to qualify that…I just don’t any more. It needs to die. I think we’re seeing some churches that are multisite that are beginning to break up on purpose.

Our house church, for example, we just got to 40, and so we’re like: “It’s time to split.” And it’s always painful to split, but we want to stay small; we want to stay in each other’s lives. So I think the megachurch has to die. But it’s bigger than that. Christians across the board, internationally, are starting to ask: What about the entire industry?

The Moody Bible Institute in Chicago was founded to train people who are working full-time in ministry. And it has two to three dozen radio stations throughout North America.

There are some really beautiful parts of it, but when I was [working] there, I would do commentaries all the time and I had a senior executive come into my office and say: “We’re not going to broadcast this commentary you did.” I asked: Why? Is there something wrong with it? Was it unfair? Was it untruthful?

It’s almost as if you were being a traitor for doing that?

Well, this particular person happened to have a publishing contract with Moody Publishers so, you know, he’s making money for us.

You report on church scandals. Do you think there is a place for forgiveness and restoration for fallen pastors?

Carl Lentz is a perfect example. He gets up on Instagram when the news [of the scandal at Hillsong New York] broke and said basically there has been some sexual immorality or infidelity.

Then we don’t hear from him and more comes out – the extent, the scope, the number of women involved, the financial abuse, the abuse of human beings…how they had an inner circle where they were treated like royalty and everybody else was treated like their slaves.

None of this is addressed at all. So people ask: “How do you know he’s not repentant?” I don’t know his heart, but I do know he hasn’t taken the necessary steps to make this right.

What would those steps be?

Owning the full extent of [the harm caused] in a full, public confession – and it needs to be a public confession because he publicly harmed people. He betrayed his church in the financial stuff…this is money that was donated for the expansion of the gospel, not donated so he could live a celebrity lifestyle. And so those things need to be owned, and they need to be given back.

So that’s what it would mean to be restored to the Church. But nobody’s really willing to do that. And, quite frankly, restoration to ministry? We’re not even close to that.

I mean, when trust has been betrayed, trust must be earned. In the early Church, if you betrayed trust in fundamental ways, like committing adultery, the road back was hard. And you had to prove that you would change. Trust needed to be earned back before you were even allowed to receive Communion. We don’t have any concept of that.

There’s some people, like Mark Driscoll [former pastor of megachurch Mars Hill, who resigned after multiple allegations of bullying, plagiarism and abuse of power] – he doesn’t have enough time in his life to earn back the decades of abuse of the sheep. Can he be restored to the Church? Yes. Can he be restored to ministry? I would say no. I think a lot of these guys are disqualified from ministry.

I think one of the true examples and fruit of repentance would be for these guys to say: “I’m not worthy of being back in that office.” I mean, it’s not a birthright, it’s a privilege. And it can be squandered. And when it is, sometimes you just need to step down.

How do you handle the negative criticism you receive online?

I’ve got a buddy who was an investigative reporter for the Chicago Tribune for 20 years. And he actually [printed one comment on] a mug and mailed it to me. He’s like: “This is the best insult you’ve ever gotten, Julie.” If these people only knew that for investigative reporters, it’s actually a badge of honour. The better the insult, [it means] I’m really getting to you. We’re a weird breed.

A lot of the insults kind of bounce off me. If there’s something true in it, I never want to get to the point where I don’t listen…But it can be a lonely space. And it can be a very difficult space. I’m grateful for the people who have been Jesus to me in the midst of this and who support me and who believe in me.

Does your work lead you to feeling cynical about the Church?

[God] cares about his reputation. He cares that the people who are called by his name are living according to his principles and are being good ambassadors. And so that’s what drives my work. It’s not driven by hatred of the Church, it’s driven by love of the Church.

It’s driven by a passion for God’s glory, to see him magnified and to see his Church become what it should be. If I ever lose that, then I shouldn’t be doing it.

God loves his Church, he’s passionate about his bride, and he’s passionate about how we treat the sheep and protect them. So no, I’m not cynical…But I’m sceptical. I’m going to say: “Do you have corroborating witnesses?” I ask the same questions of survivors [of abuse] that come to me, or people that come with a story about a pastor. I’ll be like: “OK, where’s your evidence?” because as a journalist, that’s what I report on.

To hear the full interview listen to Premier Christian Radio at 8pm on Saturday 17 December or download ‘The Profile’ podcast premierchristianradio.com/theprofile