Why all church leaders should watch Love Island

I spent a sizeable chunk of last weekend’s sermon likening TV show Love Island to the antichrist, so it’s a bit of a surprise that I am now suggesting church leaders watch it. But after two weeks of sun-kissed drama I’ve got to admit I’m hooked.

If you’ve not seen Love Island, it features a bunch of the most tanned, muscled, made-up, primped, preened and beautiful 20-somethings, clothed in next to nothing (perhaps “clothed” is a slight overstatement). They live in a villa so luxurious it could belong to Beyoncé, with the sole intention of ‘coupling up’ – a rather cute term they use for sharing a bed together. ‘Lust Island’ might be more appropriate.

I’ve heard all the arguments, used most of them myself in fact, as to why this programme is not to be watched at any cost – it preaches a message of: you are only worth something if you look perfect and glamourous; that you can only be complete if you give out; that love is all about sex; committed relationships don’t matter; and that commitment is frankly overrated.

So yes, I do know it is about as far from God’s truth as you can get, Mary Whitehouse is probably petitioning the angels right now to send down a few thunderbolts and it is quite possibly heretical to suggest there is anything good in it, but I shall try.

When I watch Love Island, apart from ranting to my long-suffering husband, I just feel sad. Sad that it gives a snapshot of what many of our young people are feeling: that their identity and worth is what they look like and who they are in relationship with. We have an opportunity to show them another view.

As many church leaders will attest to, ‘youth’ are often the missing generation from churches. They hit teenage years, there are other things on offer and they start to make their own decisions, church often not being one of them.

So if we want to engage them, if we want to encourage our young people to think carefully about the decisions they make, we have to know the world they live in, the messages they are surrounded by and the context in which we are trying to share the gospel with them.

Last summer, Love Island was one of the most watched, talked about and tweeted programmes on TV. We cannot ignore it, we don’t have to like it, but we do need to get out from our church bubble and try and understand it. 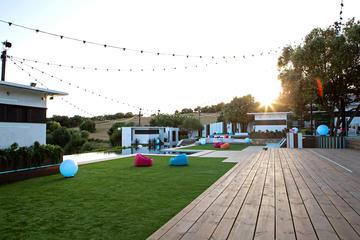 It’s not just Love Island, of course; magazines, advertising, celebrities, all reinforce the same message.  Our young people’s role models are often sparky YouTubers the same age as them, with the same level of limited life experience and yet doling out advice and opinion as gospel.

It is unavoidable, even the strictest of parents will find it hard to stop kids talking, and peer pressure alone is enough to influence our young people away from the path we might like to keep them on.

It’s not just sex and identity but behaviour too, in just two weeks of Love Island so far we’ve seen both boys and girls manipulating each other quite outrageously to get the outcome they want, without the batting of an over-curled eyelash; and rubbing one another’s faces in their petting conquests, all the while claiming to be genuine and ‘we’re all friends’ here.

Perhaps some of that is born out of fear, either of being alone, or missing out; I mean, just imagine the horror of being the only single one in a show about couples? And on national TV too. While at the same time none of the participants seems to know what they really want in a partner anyway, other than they simply must have one.

Chatting to my youth pastor colleague about the challenges facing young people now, it seems there is a generation growing up living in confusion and fear. They don’t want to be labelled, or told how to live, they don’t like absolutes at all, but at the same time are desperately seeking security and values.

Sometimes we do get a glimpse of that even in unexpected places on Love Island, and it was heartening to see this week that the public voted to keep uber-nice-guy Dr Alex in the villa over the rather fickle Hayley, and her partner Charlie.

Part of our role as church leaders is surely to gently guide our flocks towards the values and security that we know can be found in Jesus Christ, but to do that we have to know the point they are starting at, and let’s face it, it’s probably not where we are starting from.

So, I really encourage you to go and watch Love Island, even if just for one episode, because if you’re anything like me, you’ll be a bit angry, yes, but you might also find some compassion in there too.

Rev Jules Middleton is a 40 something mum of three, wife, lover of Jesus and Curate in the Church of England, not necessarily in that order. She has always been a creative type which these days takes its form less in her fashion sense and more in writing. She blogs at pickingapplesofgold.com and tweets @redjules

Premier Christianity magazine is committed to publishing a wide range of Christian opinion on a variety of subjects. Click here to read an alternative viewpoint.