“I thought other Christians might do something like this, but not her.” Those very words were spoken about me, after an extremely public mistake I had made. My husband and I were part of a small group of people starting a new church but, just as it was about to launch, the difficulties we’d had right from the start of our marriage surfaced once again. My response was to run and hide – in the arms of someone else. That person (and his wife) had been part of the small group that I led.

I recognise now that, as a church leader, I’d been put on a pedestal and I suppose my husband and I had perpetuated that by never reaching out for help with our problems. So no one really knew what we were struggling with. We’d married at a very young age (I was still at university) and from the outside seemed to have the perfect life. However, I had immediately become what I referred to as a “studio widow” after marriage.

I’d met Steve at our church youth group years before, and he had followed me up to London when I went to university, finding a job in a recording studio. But this meant he worked right around the clock, six or seven days a week. The pressure on us was incredible (we eventually learned he was one of the few record producers he knew who had remained married – all others had divorced).

In a way we set ourselves up for failure right from the off. I had refused to do marriage preparation classes, as I knew I would have ended up attending them on my own. When my mum tried to talk to me about the implications of marrying someone working such long hours, I simply retorted: “I fell in love with him a long time before he got this job.” My approach was to bury my head in the sand – which was exactly what Steve did every time I broke down (which happened about once a year), saying that I couldn’t carry on as we were. Neither of us was sure how things could change, so we did nothing.

We could have confided in friends from church – but everyone else’s lives looked so together that we were ashamed to admit we were struggling. On Sunday mornings, when friends asked me “How are you?” I would respond with the obligatory “I’m fine”, even though the reality behind the mask was very different.

So we carried on, me pushing down all my insecurities and frustrations – even when God answered my cry of “Why bring us together at all?” by saying that he would be my husband (directing me to Isaiah 54). I told God that I needed someone physical, right in front of me, so when another man seemed to hear me, understand me and empathise with me I was drawn to him. What had started as a friendship with a couple in our church ended with me leaving Steve when the man told me he was leaving his wife and asked if I would go with him.

No one is exempt

One of the phrases that still sticks with me was relayed to me after a group of our closest friends got together to pray for the situation. Rather than condemning me, a friend said: “When we pray, let’s remember that there but for the grace of God go I.” How true that is. I had never thought I was capable of doing what I did, and I know as a leader I was in a position of trust and I betrayed that. But I truly believe it is time for us to stop pretending in our churches and be real about all the difficulties and turmoil we can face in our daily lives.

My separation from Steve only lasted a couple of weeks: the guy I’d left with told me that he’d been wrestling with God, but eventually realised he had to go back to his wife. The way that Steve responded when I contacted him revealed both his and Jesus’ love to me in a way I’d never known before. What followed were months of soul-searching, repentance, counselling – and finally a renewal of our wedding vows. At this time God also gave us the verse about restoring the years the locusts had eaten (Joel 2:25) – and we have certainly found that to be the case.

One of the hardest things I ever had to do was face our church family again. We were a small enough group that everybody knew what had happened – and I had to face the fact that I had hurt them all. Steve and I had gone away for a holiday, partly with the purpose of asking God whether we should stay in the same church or have a fresh start somewhere else.

Everything in me wanted to run away and find somewhere new but, after a perplexing week of not hearing anything at all, I felt God clearly say to me: “Have I told you to move?” Although hard to follow through on at the time, it felt so good to know that God had not written us off because of the big mistakes we’d made. We arrived home sure that he still wanted us to pursue the call he had given us to help start the church (and in fact Steve is now the lead pastor of the church).

As we all worked through the feelings my actions had created, I was amazed by the grace and love our church family extended to me. And, knowing that I had their support, as well as God’s approval, made me feel so free. There I was, among a group of people who knew the worst of what I was capable of – and yet still accepted me. The mask had been removed.

After that initial ‘honeymoon period’, I began to feel quite uncomfortable. God had distinctly said that now my mask had been removed and the hidden parts of me exposed, he wanted me to stay that vulnerable. But it felt too hard, and it wasn’t long before I realised why: we naturally wear masks of respectability, hiding away the bits that we don’t want to reveal to people. So I was doing the vulnerability thing on my own. But God continued to ask me to do it with this small group of people he had joined together. And, bit by bit, as I carried on being open and honest, other people were too – and we grew incredibly close as a result.

For Steve and I, one of the great joys and surprises to come out of this time was when couples started approaching us to admit they had difficulties in their marriages. They often asked whether we could stand with them and pray with them. I’ve learned, over time, that God uses people who have been broken themselves to help those who are hurting. This is now a part of our ministry that we feel privileged to carry out and are very passionate about, as we know marriages are often targeted by the enemy.

Why do we wear masks?

As I started to do life ‘mask-free’, I began to question why, when Church is supposed to be a place of safety, love and acceptance for all, so many of us feel we have to cover up our real selves in order to enter through its doors. God began to talk to me about some of the reasons we act like this and, over the years, I’ve discovered that so much of it is wrapped up in our identity – particularly how we feel we are being viewed by others.

We can often hide for fear of rejection or judgement. Sadly, too many people have experienced one or both of these things in church, and that is just plain wrong. But unfortunately past disappointments and difficulties make it hard for us to be vulnerable again. We wear our masks like protective shells because we’ve been hurt too many times before. We can even project the treatment we’ve had at the hands of God’s people onto God himself, and begin to hide from him, questioning his love.

4 steps to dropping the mask

1. Realise that you are not alone. Too many of us look around and compare ourselves with others. But we are comparing all our baggage with what we see of people externally. We can’t know what is going on inside. Remember we all have struggles – no one is immune. So don’t think that you will be the only one when you admit to something you are finding difficult – just saying it may give someone else the silent permission to voice their own similar struggles.

3. Be wise about who you open up to. You need the safety of someone who will not judge you, will pray for and support you – and also challenge you when you need it. It is great if you can reciprocate for them too.

4. If you find that there are issues from your past that are difficult to deal with, do ask for help – whether from your friends, small group leader, church leader and/or a counsellor.

The Church is God’s means of reaching the world, and the way he ensures his people are loved and cared for. When we hide from one another we aren’t able to experience the beauty of that. God has placed a deep passion inside me to see people released to be themselves and to enter into all that he has for them – fully and completely. I don’t believe this means we are to share all our deepest thoughts, feelings, struggles and victories with every single person in our church.

Jesus had a huge group following him around during his ministry time, but drew twelve closer – and three closer still. That’s a good model for us – to spend time developing deep friendships in church so we have those near us we can truly trust with our real selves.

I have found friendships right from those early days of our church have continued to be strengthened. However busy we get, I know those people have my back and I can call on them whenever I need to (and they can call on me). The same is true of some newer friendships too. There are also women from other churches that I don’t see very often, but who are in similar life positions to me (their husbands are pastors, they lead ministries etc). When we meet, we very quickly pass the exchanging pleasantries phase to get to the heart of what is going on in our lives and how we can be praying for one another. 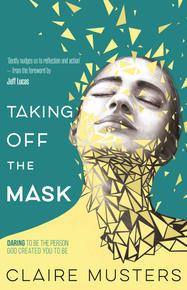 It does take discipline not to hide behind “I’m fine” when asked how we are. There are moments when it isn’t appropriate to share and, when it is, sometimes we find speaking out that first sentence which reveals more of ourselves and our situation really uncomfortable. But I believe the freedom and joy we can find when we dare to lower our masks is so worth the risk.