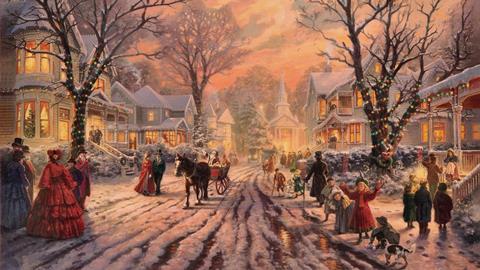 Despite everything, Christmas endures. But don’t take this tradition for granted. Christians must live it out

The Christmas message of hope is more relevant today than ever, and the Church should not be afraid of proclaiming it, says Tim Stanley

Christmas is a complex time for Christians. Of course, it’s one of great joy and celebration. But there’s also a disconnect between the religious Christmas and the one appropriated and adapted by secular society. Christmas is, increasingly, often seen as a time of consumerism and indulgence.

Even the calendar is different. Starting in mid-October, secular culture builds up to Christmas Day, has a blow-out and then, by Boxing Day afternoon, it’s largely over. Many Christians, who see the birth of Jesus on the 25th as the beginning of the festivities, rather than the end, are just getting started. In some churches, trees stay up until February.

Then again, there are those who argue that Christians pinched the date, and the rituals, of Christmas from the Roman Saturnalia or the Germanic Yule, and that this half Christian, half-pagan festival is a classic example of how successful traditions work. Christmas endures because it stays relevant to human needs. It changes over time.

The triune of tradition

In my new book, Whatever Happened to Tradition? (Bloomsbury), I argue that true tradition does three things: it plugs us into a community, so we feel part of something beyond ourselves; it teaches us a common language – words, customs or rituals – so that we can share experiences, and it connects us to a past, so that we better understand where we’ve come from.

All of this is not just nice or fun, it’s useful, because it helps us manage change. Life is full of disruption; tradition is a constant that we can hold on to, so that we don’t lose track of who we really are. It keeps us rooted.

Christmas does this for believers and non-believers alike, teaching us games and songs in childhood that we keep going into adulthood and, if blessed with children, pass down the line. In a frighteningly mutable world, this offers us the novelty of consistency. We know when Christmas will come (lending structure to the year) and largely what will happen – indeed, we talk about people being a “stickler for tradition”, of having fixed ideas about what food to serve, when to open presents, etc. These rules vary from country to country (some in France open gifts on Christmas Eve, some Italian children receive presents on the Epiphany) and even from family to family, creating a sense of belonging but also of boundaries and pride (which is why many progressives distrust traditions). How many of us assume that our family does Christmas best? It’s not dissimilar to pronouncing your religion to be exclusively true or your country the greatest in the world. 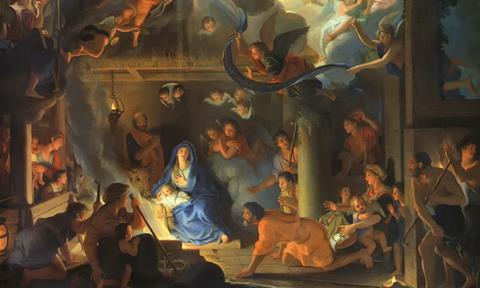 These claims are, obviously, disputed by others. And the idea that this is how our culture has always done Christmas, that we are curating an original and exact model of the festival, is implausible. A more sophisticated reading of history tells us that as human society changes, so traditions adapt.

At its birth, in first-Century Judea, Christianity was at once revolutionary and conservative, seeking not to overturn the law but fulfil it, to prepare for a Messiah who might come back tomorrow but also to build a Church that could last while we waited. There have since been countless iterations (all claiming to return to its original ideas), and the faith has encountered and resisted many other cultures and beliefs. But it has also engaged with them – assimilating motifs, customs and rituals just as surely as it reconciled itself to aspects of pagan winter custom. In Catholic Bavaria, locals still dress up as goat-headed monsters at the beginning of December to drive the demons from their village.

The complaint that Christmas revelries dishonoured Jesus was first recorded in the Middle Ages. Later, after the English Civil War, the Puritans outlawed the public celebration of Christmas in order to make a distinction between the birth of their saviour and a party that they suspected was a blend of heathen and popish nonsense. Riots ensued.

True tradition plugs us into a community, teaches us a common language and connects us to a past

It was the Victorians who eventually sanitised the festival and created an industry of cards and indoor trees (a German custom popularised by Prince Albert) demonstrating that consumerism, far from being the enemy of tradition, generates markets for it and gives the ordinary man and woman the chance to buy and own a piece of their past.

Our idealised Christmas often still remains Charles Dickens’ A Christmas Carol. With every new film or TV adaptation, the unmistakable themes of Christianity filter through the generations disguised as a ghost story. Cleverly, Dickens teaches us anew that greed and miserliness are wrong; Ebenezer Scrooge is redeemed through generosity and gift-giving. The triumph of common decency is likewise celebrated in the Muppets, Harry Potter and ceaseless Pixar movies; even as the medium evolves or the characters change, the messages remain constant.

A successful tradition prospers when it retains certain core principles. In many senses, Christianity today looks very different to how it began. The festival of Christmas is itself a post hoc creation; an attempt to articulate an event about which our historical knowledge is imperfect. But what matters most is the sincere effort to remain loyal to the tradition, the original event and its moral content.

At Christmas, it can be tempting to present Christianity as comforting and welcoming. But it’s also challenging, disconcerting and audacious

Therefore, Christians could see the resilience of Christmas in today’s aggressively secularised culture as flattering: the story of Christianity remains compelling, despite efforts to debunk it, and our faith clearly offers people something they need: Hope.

There is a risk, however, that a tradition can become separated from its roots and gradually lose its meaning. This can happen when it is captured and distorted by the prevailing culture, or when those who ought to be its guardians let it go.

This is a striking feature of 21st Century liberal capitalist society. We are reluctant to stand by first principles and institutions seem to easily forget what they were built for. A few of them are even at war with their origins. Heritage societies that exist to curate now put history on trial; socialist parties are divorced from the working class; conservative parties don’t do much conserving. 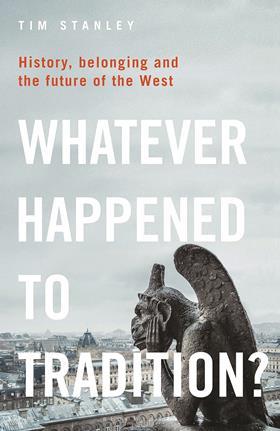 And some churches appear reluctant to talk about theology, preferring to offer an inoffensive, all-things-to-all-people brand of religion that might not drive people away, but that doesn’t seek to attract many new people to it, either. At Christmas-time especially, it can be tempting to present Christianity purely as comforting and welcoming – and it is both of those things. But it’s also challenging, disconcerting and audacious. Its central claims of victory over sin and death have made it a success over 2,000 years; themes that will only recapture the imagination if Christians articulate them with confidence.

Ultimately, if you want a tradition to flourish, you must live it, and live it so well that it attracts others into the fold. Assuming that Christianity has become a mystery to many people, and the genesis of Christmas shrouded in ignorance, it’s up to the faithful to explain what they do and why they do it, and to have the most attractively, abundantly happy Christmas they possibly can.

Tim StanleyTim Stanley is a journalist and columnist for The Daily Telegraph and The Spectator, a contributor to The Moral Maze and the author of a number of books, including the recently published Whatever Happened to Tradition? (Bloomsbury)