Don’t let climate campaigners guilt-trip you into action. There is a better way 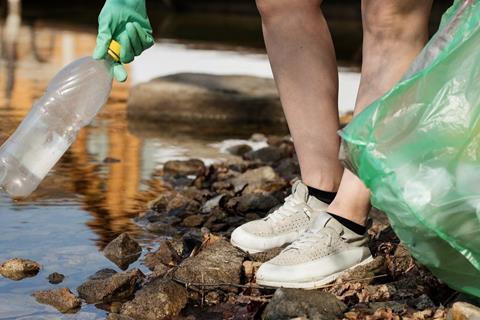 So much campaigning on climate change is rooted in guilt and fear, says Josh Seligman, as he argues for a very different, and more Christian way of thinking

I have been enjoying hearing the spring birdsong in the mornings. Last year, when lockdown first began, the calls of blackbirds, blue tits and other birds from nearby trees were more distinct than usual due to less traffic on the roads.

Birdsong reminds me that there is more to the climate-change conversation than guilt and fear.

Let me explain. Usually, when I read articles or watch videos about climate change, they end with a call to action: use less plastic, perhaps, or write to your MP. That’s fine; living simply and protecting the environment are important. The problem is that, most of the time, the driving force behind these calls to action is either guilt (for example, by graphically depicting the suffering or destruction of wildlife) or fear (such as by declaring statistics about rising sea levels).

Guilt and fear are understandable, but a more fundamental reason for conserving the natural world is that we are called to love it. Without love, we won’t go far in preserving life and living sustainably.

Emphasising guilt and fear is ineffective. Frameworks, a think tank that researches and publishes on communication and social change, has found that heavily depicting doom in the media only breeds fatalism: people tend to either reject the claims or think the problems are too great to be overcome.

Instead, they argue, we need to frame issues by balancing problems with potential solutions. Like this positive spin, I believe framing climate change through a lens of love will more effectively motivate people to care for the world.

Further, love more comprehensively addresses the heart of the problem than guilt and fear. Even if we succeed at temporarily mitigating some of the most extreme effects of climate change, without cultivating an appreciation for the natural world and a desire to protect it for its own sake, we will, as a species, remain prone to making similar mistakes in the future. The underlying causes of our damaged relationship with the natural world will remain unresolved. Until we learn to love the world, we will act for its wellbeing only when we feel threatened.

As Christians, we know that we are called to a self-emptying and fearless love modelled by Jesus, a love that, in the words of the Apostle Paul, “always perseveres”.

Perseverance is important because much of the world is already dying; not the planet in its entirety so much as “the ecologies of abundance from which we humans have flourished”, as priest Ragan Sutterfield writes. Giving examples of wildlife refuges, landscapes and species that are dying, he argues that it’s too late to stop this death; our task now, like visiting a loved one dying in hospice, is to “love the earth to its end”.

If Sutterfield is right, then evoking guilt or fear is not as appropriate as cultivating a persevering love for the world. Just as we would visit a loved one in hospice out of love for them, so our care for the earth should not firstly come from trying to save the earth or ourselves, but simply out of love for it.

Jesus models this love when, upon hearing that Lazarus has died, he weeps. Why would Jesus, who knows he can raise Lazarus from the dead, mourn Lazarus’s death? It’s because he loves him. Jesus’ tears express the depths of his love for Lazarus, out of which Jesus raises him to new life.

Could it be that Jesus weeps over the death of his creation? Might we be called to share that same grief – not foremost over our contribution to the world’s destruction or our own fate, although there is a place for that, but first simply out of love for it?

Perhaps we can begin to cultivate this kind of love by understanding the natural world as God’s gift to us, through which God provides everything we need – practical needs, of course, but also delight and beauty, such as from sunlight falling through the branches of spring birch trees.

I’m not downplaying our role as stewards of creation or the problems the world faces, which we must take seriously. But we should also remember that God delights in his created world (Genesis 1:31), and we who were made in his image are called to do the same – even during its death. Perhaps it is only out of this love that we can best participate in God’s work of raising it to new life.