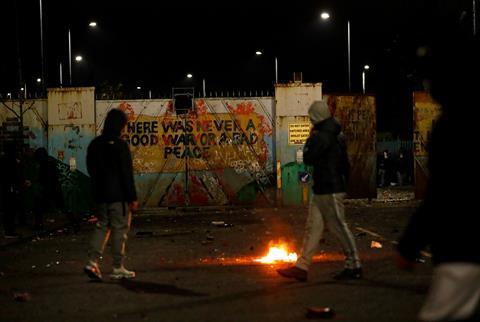 In the music industry there is a phenomenon we refer to as ‘high burn rate’. A song that suffers from HBR is the type of song that is initially appealing on first listen, but upon further rotation becomes more and more annoying, to the point of wanting to commit acts of extreme violence against your car stereo. (Think Christmas songs!)

I don’t expect your pity, but just imagine if your mortgage payments were contingent upon you singing a couple of these songs almost every day for the rest of your life. Such is the plight of the C-tier Christian rock star!

This is why our song, ‘Build your kingdom here’, is so special: it never gets old to me. Because the call to unity in the Church is as relevant today as the day it was written. 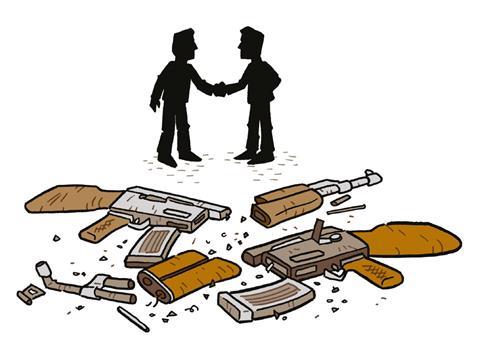 Growing up in Northern Ireland at the tail end of the Troubles (that understated euphemism for a protracted, bloody conflict), the effects of disunity were all around me.

Balaclava-wearing, AK-47- wielding terrorists – or freedom fighters, depending on your stance – were painted crudely on the sides of council estate homes, letting you know the boundary lines where one religio-political perspective began and another one ended. One such mural was bold enough to describe the men with machine guns as “defenders of the faith”.

Even as a child, I remember thinking: But don’t Catholics and Protestants share the same faith? I assumed I was missing the point. It turns out I had absolutely hit the nail on the head!

My upbringing taught me that my countrymen are so ‘gifted’ at drawing dividing lines between one another that two, barely distinguishable, groups of white Irish/British males can conjure up enough significant differences to justify killing each other. But the Northern Irish aren’t alone in this.

From recent flare-ups of racial tensions in America, to conflict around the Gaza strip and even the battlegrounds we’ve created in digital spaces, it seems that disunity is our default setting.

No wonder Jesus felt it necessary to pray “that [we] may be one” (John 17:11). It’s a unique example of a time when we can be the answer to God’s prayer, by choosing to move closer to those we disagree with, rather than creating distance; by choosing to truly listen to the other side, in such a way that our mind might actually be open to being changed; by stepping into spaces where we are the minority, entering parts of our country, our city or even our Church that we have ignored for too long.

My favourite line in ‘Build your kingdom here’ makes the bold claim that: “We are your Church / We are the hope on earth!” Even if the indie folk styling of the song isn’t for you, I hope that this sentiment has a low burn rate in your prayer life.

In the matter of unity, we have agency. We are difference makers. Because unity is not just something we ask God for, it’s something he has asked us for.