Did the virgin birth really happen? 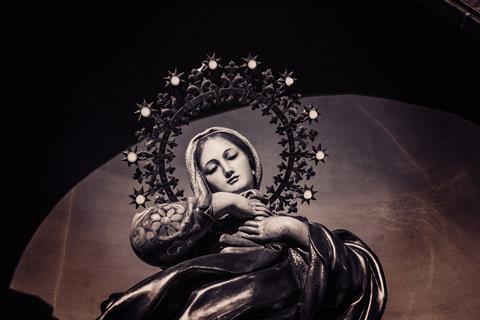 Q: Some claim that Mary’s virgin conception was invented to fulfil a mistranslated Old Testament prophecy. How should I approach historical biblical scholarship that seems to undermine fundamental Christian truths?

At the risk of sounding like a very old man, I have seen many of these types of questions over the last 50 years. But, as we have found out more about the first-Century world, what appears contradictory to us isn’t necessarily so.

We can only make sense of the rise of early Christianity by concluding that there really was somebody called Jesus of Nazareth, who really did announce God’s kingdom on earth as in heaven by doing miraculous things in Galilee and Jerusalem to show what this would mean.

This doesn’t automatically validate every story in the Gospels. That’s a different question, to do with what we believe about scripture and why God caused these particular books to be written in the way that they were. There are faith claims and there are historical claims, although, ultimately, the two converge.

It’s worth noting that if you take the stories of the virgin conception out of scripture, you only lose around two chapters. That’s it. Nothing else in scripture or Christian theology hinges on it. It’s not theologically ‘load bearing’ in the way that many people imagine it is. However, if you take the death and resurrection of Jesus away (which comprises many chapters of all the Gospels) you don’t have Christianity at all. The Gospels would not have been written if Jesus had not been raised from the dead.

There are, nonetheless, good reasons to believe that Jesus really was born of a virgin. Some people claim that the story was invented in order to fulfil a prophecy from Isaiah 7:14: “Look, the young woman is with child and shall bear a son, and shall name him Immanuel” (NRSVA). Matthew 1:23 presents this as a fulfilment of prophecy, following the Septuagint translation of the Hebrew alma into the Greek parthenos, meaning ‘virgin’, which is arguably implied by a ‘young’ and hence unmarried woman.

So, was this an invention to fulfil prophecy? My problem with that claim is twofold. Firstly, there is no evidence for any Jews of the period taking that verse as a prophecy of a messianic king, especially one born of a virgin, so there is no scriptural motivation for the early Christians to invent such a scenario.

Indeed, the circumstances around Jesus’ birth opened them to all kinds of slurs, such as the accusations in John’s Gospel, when the Judeans sneer at Jesus: “We were not born of fornication” (John 8:41, NKJV).

Secondly, Luke has a much fuller account of the angel visiting Mary, but doesn’t include the quote from Isaiah at all. If the story was made up, it would have made perfect sense for Luke to use that Isaiah verse to shore up his case. 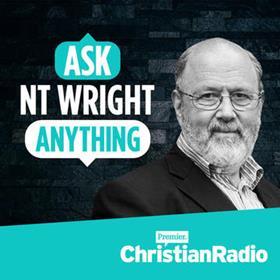 Despite the fact that questions about Jesus’ parentage were potentially embarrassing, the early Christians didn’t choose to hush them up. Instead, they reported what had happened at the time and then others, for example, Matthew, made the connection later. Perhaps he scratched his head and said: “Well, actually, there was that line in Isaiah 7…maybe that’s what it was about!”

Historical research never gives us 100 per cent proof of anything, but as a historian, I find Mary’s story has the ring of truth to it, as does so much of the New Testament.

Tom answers listeners’ questions every week on the ‘Ask NT Wright Anything’ podcast. Hear this response in full on episode #95. AskNTWright.com