Why I left my complementarian church 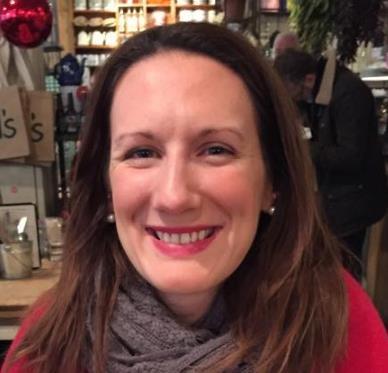 After I got married, my husband and I moved to Sussex and, in 2013, joined a church plant that became part of the Fellowship of Independent Evangelical Churches (FIEC). At first, the culture was soft complementarian; the only major difference was that women couldn’t be ministers or elders, and because I had no desire to be either, it didn’t really impact my life. But, over time, the position of the church changed.

I had a daughter in 2017, and that made me think more about complementarian theology. I remember one sermon where the minister said that men should make all the decisions for their families as they are the head, and we (their wives) should pray for them. I was sat there thinking: I’m not a child, I’m an adult! My husband was also really bothered by that sermon because we make decisions together.

We hosted a home group in which I led Bible studies, but the church leadership sent out guidance saying women could no longer lead a study in front of a man, because they should be silent and learn from men. If women wanted to say anything, they had to go with the other women into a different room to talk. I could not see any biblical basis for it. I was livid.

A lot of the church events became very segregated. The women’s stuff revolved around things like crafts. In the end, for me, it came down to: if complementarianism is correct, then is God really good?

We formally left that church in September 2021. It was hard because we had friends there, but I didn’t want my sons growing up thinking they had some magical headship powers. We now go to a Baptist church, and when we first approached our minister about gender roles, he was able to articulate really clearly from the Bible an egalitarian position.

I was raised to believe that men and women are equal, and Jesus always treated women very much as equals, so complementarianism didn’t gel for me. I think people are taking some of the biblical verses out of context and doing bad exegesis.

Why I love my complementarian church

The biblical case for complementarianism

The biblical case for egalitarianism