The ‘gay cake’ row is finally over, and a nurse sacked for wearing a cross has been vindicated. We should thank God for these victories, says James Mildred, which should give Christians courage in standing up for their faith 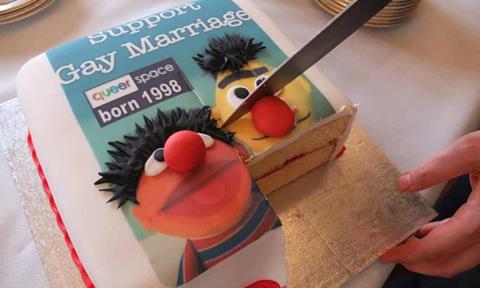 In the current climate, it’s easy to think that free speech is being continually eroded and our freedom to publicly speak out from a clear, orthodox, Christian point of view is disappearing. While there are challenges to this freedom, and while we need to be careful not to ever take it for granted, two recent outcomes offer a corrective to this narrative. Both are important from a free speech perspective.

You may have thought the ‘gay cake’ case was over. But the latest twist in this important story emerged yesterday when the European Court of Human Rights (ECHR) dismissed an appeal by LGBT campaigner, Gareth Lee, against the UK Supreme Court’s decision in 2018.

To refresh your memory, in 2014 the Ashers Baking Co. in Northern Ireland turned down Mr Lee’s order for a cake bearing the slogan ‘Support Gay Marriage’. The McArthur family, who own and run the bakery, did so because of their Christian conviction that marriage is between one man and one woman.

Mr Lee took them to court over this decision, backed by the taxpayer-funded Northern Ireland Equality Commission. The case went all the way to the UK Supreme Court and, in October 2018, the court found in the McArthur’s favour, recognising that the family’s objection was to the message, not the man.

This was the central point of the whole case: Mr Lee had been served by Ashers prior to his request for a cake celebrating same-sex marriage. The reason this order was turned down was because of freedom of conscience and religion. The McArthurs, understandably, did not want to make a cake celebrating something they disagreed with. There was no personal animosity towards Mr Lee, it was simply a fundamental disagreement about a point of doctrine.

Now that the ECHR has thrown out Mr Lee’s appeal to the ruling, it appears the saga is finally over. The principle that citizens should not be compelled to endorse messages they don’t agree with has been bolstered, to the benefit of Christian believers and everyone else in UK society. 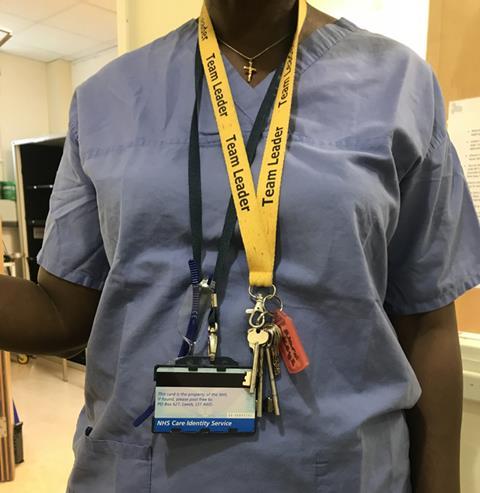 The second positive free speech outcome concerns a Catholic nurse, Mary Onuoha, who was told by Croydon Health Services NHS Trust that she could not wear her cross necklace due to health and safety. Noting that Sikh colleagues were allowed to wear red bracelets and Muslim staff their hijabs, she refused. She was suspended from clinical duties and eventually resigned in 2020, claiming constructive and unfair dismissal. This week, an employment tribunal ruled in her favour, saying she was victimised and harassed. Her human rights had been breached and the NHS trust in question had created a “humiliating, hostile and threatening environment” for her to work in.

The judgement spoke clearly about the importance of letting Christians be open about their faith, saying: “stopping Christians from displaying the cross has been a feature of wider persecution campaigns” around the world.

Onuoha was forced to resign in July 2020, right after the first Covid-19 lockdown. Given the enormous pressure on the NHS and the constant staff shortages, it’s simply astounding that she was hounded out of her job in the way that she was.

Both these outcomes matter. And both are hugely welcome. But before we get the celebratory bunting out, let’s pause to reflect on the state of our nation that such cases were even necessary.

The McArthurs, understandably, did not want to make a cake celebrating something they disagreed with

Surely common sense would tell you that it’s possible to disagree with someone’s doctrine but have no issue with them personally? At the heart of the Ashers Baking Co. case was the difference between discrimination against someone’s personal characteristics and the rights of individuals to not be forced to express political opinions they disagree with.

You might also say: “Surely it’s common sense that a necklace isn’t a health and safety risk?” The cross is a symbol that captures the very heart of the Christian faith. It is a worldview that has shaped the customs and norms of this nation. Yet Mary Onuoha was not treated reasonably, or fairly, because she espouses a gospel that is beautiful to some, and an offense to others (2 Corinthians 2:15).

Praise God for the immense courage of Daniel and Amy McArthur and Mary Onuoha, who have all endured hardships for their beliefs. And thank God for the Christian Institute and the Christian Legal Centre who, time and again, have been willing to back hard cases and see them through.

What’s the big take home for those of us concerned about free speech? Let’s offer thanks for judges who have seen the wood from the trees in both cases. And let’s take courage - there’s still a legal right to believe in orthodox, Christian teaching and express that belief publicly in the UK.