Street preachers keep being arrested. More must be done to protect free speech

Christians are finding themselves in trouble with the law for using allegedly “threatening or abusive” language. Lois McLatchie believes the police are too quick to penalise the speech complained of, rather than consider what rights the accused has to speak freely in public 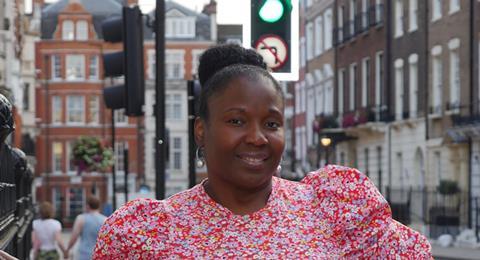 “Preach the gospel at all times and if necessary, use words.”

It’s a quote popularly attributed to St Francis of Assisi and typically used to signify that speech is a less preferable communicative tool to the Christian than acting out one’s beliefs through deeds.

Except the quote is, in fact, misquoted.

In reality, St Francis encouraged friars not to preach anything contrary to the teachings of the Church and also to “preach by their deeds” - to make sure that their actions matched their speech. The instruction was not to remain silent; not to build a needless dichotomy between the two outward expressions of faith.

Of course, if Christians don’t live by their own words, hypocrisy sorely undermines the truth of their message. But the call to speak, and speak out, is central to Christian living. From cover to cover of the Bible, the direction is inescapable. The command “proclaim” is featured over thirty times in the gospels alone. The audience? “Every nation and tribe and language and people.” To practice the Christian faith is to be a Christian in public. No lights hidden under bushels.

Given the wide audience of those to whom the gospel is preached, it’s inevitable that not everybody likes to hear it. The Apostle Paul would know. He spent a significant portion of his ministry preaching in chains and fighting for his life in an ancient and far more brutal version of ‘cancel culture’. But that’s why, in a democracy, we have protections to allow the sharing of different viewpoints without fear of criminal sanctions. In the UK, free speech is protected within limits. These limits include a prohibition on incitement to violence, glorification of terrorism and, under section 5 of the Public Order Act, anything “threatening or abusive”.

To be threatening or abusive goes against the ethos of the gospel itself, so Christians, following the correct application of Assisi, shouldn’t have a problem.

So why are so many of them being handcuffed?

Take Hazel Lewis, for example. She was arrested and detained last winter for vocalising her Christian beliefs in Finsbury Park. The offending behaviour allegedly included repeated references to people as “sinners” and an appeal to those goading her, including for her biblical views on human sexuality, to “accept Jesus and God into their souls to redeem themselves from sin”. It’s a turn of phrase which may be found jarring in today’s culture, but is rooted in the message of salvation which is core to the Christian faith.

Such instances of unjustified arrest and detention, followed by potential or actual prosecution, are a recurring problem across the UK. Take, for example, 71-year-old John Sherwood, who was pulled off his platform and arrested for expressing his view that marriage was between one man and one woman – a belief rooted in the Bible and core to his faith.

In June, West Yorkshire Police Force admitted liability and paid damages after arresting a street evangelist, David McConnell, due to an alleged “hate-related public order offence”. McConnell was stopped and heckled by bystanders who questioned him on his views on sexuality and abortion, even though he had not been preaching on either subject.

This week, after an 18-month ordeal of arrest, detention and prosecution, District Judge Julia Newton ruled that Hazel Lewis had not been threatening or abusive in Finsbury Park after all. Though some found her words “unpleasant” that by itself “did not amount to harassment, alarm or distress”. Judge Newton found that there was “no case to answer” – a ruling reserved for prosecutions so bereft of evidence that no reasonable jury, judge or magistrate could convict based on a proper understanding of the law.

The problem faced by public evangelists like Hazel, John and David is that the charge of being “threatening or abusive” is interpreted in the eye of a subjective beholder. St Paul warned that the “message of the cross” would be “foolishness” to some, and the “power of God” to others (1 Corinthians 1:18). Substitute the accusation of being “foolish” for “abusive” (perhaps the use of the term “sinner” as in the experience of Hazel Lewis) and the police are likely to take action.

Whether or not individual preachers are ultimately prosecuted, it’s their inability to predict whether they can express their beliefs in public without incurring criminal sanction and the ensuing self-censorship that should be of deep concern to all of us. The chilling effect on speech by the overshadowing doubt of impending arrest deeply hampers the right to live out one’s faith.

This scenario should have been avoided due to the campaign efforts of an unlikely group of allies in 2013. Faith groups, secularists, comedians and LGBT activists came together against the criminalisation of “insulting” words or behaviour under the same Public Order Act. Referencing decisions by the European Court of Human Rights, they argued that freedom of speech did not only apply to information or ideas favourably received but also to those that offend, shock or disturb the State or any sector of the population. And they were successful. The removal of “insulting” from section 5 of the Public Order Act was heralded as a great victory which would prevent street preachers, comedians and peaceful protesters from facing unlawful arrest and legal uncertainty.

Yet, it appears that the 2013 change in law has done little to change the practice of police officers. When receiving a complaint of words or behaviour perceived by one subjective listener to be inappropriate, offensive or perhaps simply distasteful – no matter the intent of the speaker or the scriptural basis of what they have shared - officers appear to default to asking themselves what discretion they have to prevent or penalise the speech complained of, rather than what rights the accused has to speak freely in public. The latter should be at the forefront of an officer’s mind, particularly if the words or conduct in question are not threatening, inciting violence or disorderly.

The situation may appear bleak but, fortunately, there is some hope for reform. The Government’s Police, Crime Sentencing and Court’s Bill (PCSC) 2021, which the Government say is purposed in part to improve the Public Order Act, is due for its second reading in the House of Lords in September. The Bill presents a golden opportunity for reform in the problematic areas of public order legislation – of which protecting free speech should be foremost. Of course, if poorly handled, it also has the ability to make things even more difficult. It falls to the peers to propose sensible freedom-protecting amendments. Street evangelists will wait with baited breath.

The world has come a long way since the days when the apostle Paul sat in chains for his expressing his views. Christians may be called to be ready to face difficulties, but basic human rights principles of free speech also apply to those who preach. Keeping the doors open for the free sharing of faith is an important act of upholding not only the freedom of Christians, but the importance of dialogue, debate and discussion in society as a whole.