The return of the God hypothesis - Stephen C Meyer 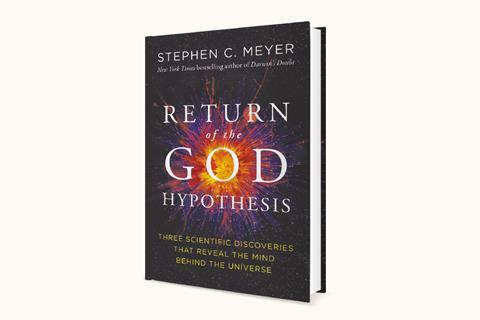 High-profile science-based scepticism about belief in a creator God has percolated into the popular consciousness in the West. But since the late 1960s empirical evidence has been stacking up from cosmology, theoretical physics and now biology, which puts a different slant on things.

What is this new evidence that points to ‘the mind behind the universe’? Firstly, it is now almost unanimously agreed that the universe had a beginning before which there was nothing physical. Secondly, there has been a gradual realisation that many properties of the universe fall within extremely narrow ranges that turn out to be essential for any conceivable form of life to exist (often referred to as ‘fine-tuning’). The third nail in the coffin of the new atheists has been the discovery that genetic information stored in DNA is essential to even the simplest living systems, as well as subsequent novel forms of life.

Stephen C. Meyer’s new book argues that theism has superior explanatory power for this evidence, compared to other competing hypotheses such as naturalism/materialism, pantheism, deism and panspermia. Meyer also demonstrates how the ‘God hypothesis’ can withstand critical scrutiny from multiverse and quantum cosmology theories, arguing that this evidence is just what one would expect if a transcendent and intelligent designer acted to produce life and the universe. A creator God is the best explanation.

In this fascinating and significant book, one gets an insight into science in action as Meyer relates the cut and thrust of ideas being exchanged between leading scientists in different fields, both in public and in private. Meticulously researched and clearly explained, this a must-read for all those who think that science has undermined the credibility of God in the 21st Century.