The Court of Appeal has told a Christian fostering service that they are discriminating by only allowing heterosexual evangelicals to become foster parents. Simon Calvert responds 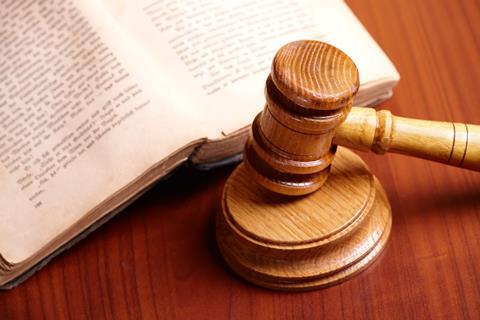 A Court of Appeal ruling last week should send shudders down the spine of anyone who cares for religious freedom.

The case concerns Cornerstone, an independent fostering agency based in the north-east of England. It recruits evangelical Christian carers to provide loving and stable homes for children with complex needs, motivated by the biblical command to care for the orphaned. It is distinctive. All its carers must sign a statement of faith and code of conduct which reflect mainstream Christian belief. This includes Christ’s teaching that marriage is between a man and a woman.

Spurred on by their faith, they are committed to creating “forever families”. Cornerstone has facilitated the transition to adoption for around 80 per cent of the children it has placed, even though this cuts off the funding it receives for the foster placement.

You would have thought the regulator, Ofsted, would welcome their contribution. But in June 2019, after years of rating their work as ‘good’, Ofsted issued a report downgrading Cornerstone’s fostering work to ‘requires improvement’.

The report accused the charity of unlawful discrimination because of its policy of only recruiting evangelical carers. It also alleged it was discriminatory for Cornerstone to require its carers to abide by its code of conduct.

There are over 300 independent fostering agencies in England. Non-evangelical carers can use any of the other 300. But evangelicals, some of whom receive a hostile response from secular agencies, have only one evangelical option.

Ofsted has a track record of unsympathetic behaviour towards some religious groups. Its Chief Inspector Amanda Spielman infamously called for “muscular liberalism”, a remark widely interpreted as a call to enforce aggressive secularism.

Cornerstone and its lawyers, backed by The Christian Institute, knew Ofsted had misapplied the law.

Under the Equality Act 2010, religious charities may restrict the provision of benefits to those who share their faith and beliefs. Cornerstone’s right to rely on these provisions was endorsed by the Charity Commission in January 2011. The Commission agreed that Cornerstone does not restrict its services on grounds of sexual orientation but on grounds of religion. The Commission also accepted that under exceptions in the Equality Act it is lawful for the charity to limit its services to evangelical Christians.

It is worth nothing that gay organisations which provide services exclusively to gay people benefit from a similar exception.

What is interesting about Ofsted’s 2019 report is that the law had not changed. Nor did Cornerstone’s policies or practices change. But clearly something changed in Ofsted’s attitude.

The Christian Institute helped Cornerstone to bring a judicial review. In court, Ofsted doubled-down on their ‘muscular liberalism’, arguing that fostering was “a secular act” and claiming there was no demand for evangelical carers.

Thankfully, in July 2020, the High Court rejected Ofsted’s assertion that Cornerstone’s recruitment policy unlawfully discriminates by requiring carer applicants to be evangelicals. The judge said Ofsted’s decision to include this in their report was “wrong as a matter of law” and “erroneous”. As a result, Ofsted was required to amend its inspection report.

However, the judge disagreed with the Charity Commission’s long-standing finding that Cornerstone does not discriminate on grounds of sexual orientation by requiring sexual conduct consistent with the Christian faith.

He also ruled that the exception in the Equality Act 2010 permitting religious organisations to impose restrictions on grounds of sexual orientation does not apply to Cornerstone. Crucially, this hinged on his finding that Cornerstone recruits its carers on behalf of, and under contract with, local authorities – thus depriving them of the ability to rely on the exception.

Cornerstone’s lawyers maintained that the High Court decision on this point was incorrect.

That is why we helped them appeal their case. Last week the Court of Appeal confirmed that the agency can work exclusively with evangelical carers. And it criticised the lower court for not paying more respect to Cornerstone’s human right to manifest their religion, and for ignoring the benefits of providing support to evangelical carers. It said Ofsted’s plan to publish a report calling their policy of working with evangelicals ‘unlawful’ was itself a “threatened unlawful act”.

But, shockingly, the judges sought to impose their own definition of “evangelical”. They said the court “was not obliged to adopt Cornerstone’s doctrinal definition of evangelical Christians…” In a chilling phrase it declared that “an important purpose of the [Equality Act] 2010 is to support progress on equality and it must be recognised that religious doctrine does not stand still”. So, apparently, Christian doctrine can be rewritten by the Equality Act.

Cornerstone is being punished for holding the ‘wrong beliefs’. Even worse, it is being told what it should believe instead.

This shocking defence of state over-reach in religious matters fundamentally misunderstands the nature of Christianity. Hundreds of millions of Christians around the world believe the Bible to be the unchanging and ever-relevant word of God.

When it comes to sexuality, the consistent biblical witness is that the only right context for sexual expression is within a marriage between a man and a woman. A few who claim the name ‘evangelical’ reject this teaching. But they are far outside of the mainstream and typically reject many other major beliefs within evangelicalism, not just its sexual ethic.

No gay carers were ever discriminated against by Cornerstone so this ruling does not in any sense ‘right a wrong’. Instead, Cornerstone is being punished for holding the ‘wrong beliefs’. Even worse, it is being told what it should believe instead. This is not what equality and human rights laws are meant to be about.

It’s right to fight discrimination. And evangelical Christians, though much maligned, have a good track record of welcoming people marginalised by the rest of society. But the law and language of discrimination is in danger of being distorted beyond recognition. What the court has done, in the name of opposing discrimination, is actually to support discrimination by a powerful state regulator against a small voluntary group.

Cornerstone can now apply for permission to appeal to the Supreme Court where the judges may arrive at a better balancing of competing rights. In particular, we hope for a return to the courts’ previous approach which was to avoid interfering in matters of religious doctrine.

Do pray for Cornerstone and the outcome of their case. All they want to do is find homes for hard to place children by bringing evangelical carers into the system. Is that such a bad thing?

Simon CalvertSimon Calvert is Deputy Director for Public Affairs at The Christian Institute, one of the largest UK organisations representing evangelicals with over 60,000 supporters. To find out more, visit www.christian.org.uk