Our politicians are failing us on obesity. The Bible shows us another way

Food policy and Christian ministry are indistinguishable, says Rev George Pitcher. That’s why addressing the fat of the land should exercise those who follow Christ’s teaching 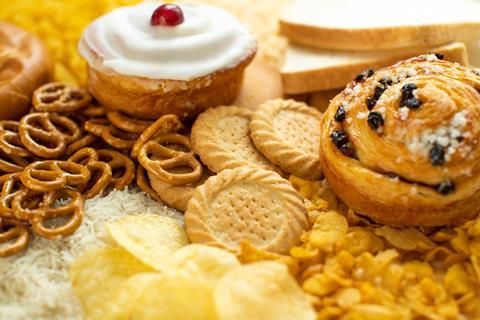 In a previous article, I invoked the Book of Revelation’s Four Horsemen of the Apocalypse to note that we’d emerged from the Covid-19 plague to immediately face war in Ukraine. Famine and death couldn’t be far behind, I noted dolefully.

Now the Governor of the Bank of England has predicted – some might say prophesied – “apocalyptic” price rises in food staples as a consequence of the Russian invasion, which will threaten the world’s poorest. Developing countries such as Egypt and Tunisia depend heavily on Ukrainian food exports and they are simply not being shipped out. Famine? Tick.

It is interesting to note that Egypt is particularly under threat. In the Hebrew Bible, the slave-traded exile, Joseph, interprets the Pharaoh’s dreams to predict that seven years of abundance will be followed by seven years of famine, resulting in the Pharaoh wisely storing grain in the years of plenty to account for the forthcoming paucity. Egypt becomes the bread basket of the holy lands.

The story contrasts starkly with the Parable of the Rich Fool in Luke’s gospel. Here, a wealthy farmer enjoys an abundant harvest and stores his grain so that he might “eat, drink and be merry” (Luke 12:19), only to be told by God that he’s a fool. For that night he will die and his opportunity for generosity towards the poor will be squandered.

Compare the economic prudence of Egypt, managing its food resources to sell to its neighbours, with the personal selfishness of an individual who enriches only himself.

Two food-policy stories this week in the UK’s political sphere neatly illustrate this dynamic. The first is the Government’s policy U-turn on tackling a national obesity crisis with interventions to ban buy-one-get-one-free deals on rubbish, fatty ‘foods’ and imposing a 9pm watershed on junk-food advertising.

The Government caved in to pressure from its backbenchers, who object to the “nanny state” image of anti-obesity issues. Two points to make here: First, “nanny-state” is all too often a convenient fig-leaf for free-marketeers looking after their profiteering friends in the food industries.

Second, one of the policies concurrently abandoned was a ban on foie gras, a food delicacy which involves the most grotesque farming of geese. Intervention was described as “fundamentally unConservative”. The only logical conclusion is that animal cruelty must be fundamentally Conservative, which I suppose explains support for the hunting of foxes.

The 99p burger is as exploitative as the drug dealer

The declared issue here is freedom – the freedom to eat what you want. But those trapped economically in the junk-food cycle, addicted to cheap, processed food know no such freedom. The 99p burger is as exploitative as the drug dealer. Obesity levels in Surrey are a fraction of what they are on ‘sink estates’ in the north-east of England. Fat is a political issue.

He didn’t mince his words: “For the Government to give in to them is intellectually shallow, politically weak and morally reprehensible.” If only a bishop had said that.

Part of the problem is that Hague is from a generation of political giants, compared with the current occupants of office, which brings me to the second food issue of the week…

Lee Anderson MP followed in the finest traditions of his political tribe by claiming that food banks are unnecessary, because nutritious meals can be cooked for 30p, if only the poor people knew how to cook.

Not only does this statement channel Marie Antoinette’s (almost certainly apocryphal) “let them eat cake” in its almost self-satirical ignorance, it doesn’t bear the vaguest arithmetical scrutiny. As journalist Frances Ryan counters, food-bank clients often eschew potatoes because of the spiralling energy cost of cooking them. Anderson’s accusation also seeks to blame the poor for their own poverty.

That mindset chimes with the established order of two millennia ago that the gospel disrupted forever. Luke, the author not only of his gospel but the Acts of the Apostles, holds that the poor were not just the economically deprived who must be fed, but the alienated, the vulnerable, the dispossessed and the despised.

That’s why we feed the hungry, not because we’re nannies of the state. Food policy and Christian ministry are indistinguishable. And that’s why addressing the fat of the land isn’t just a political issue. It’s a holy one too.