​My Christian faith has caused me to boycott the World Cup, and yours should too

James Pratt can’t justify watching the Qatar World Cup. And he doesn’t think Jesus would be able to either 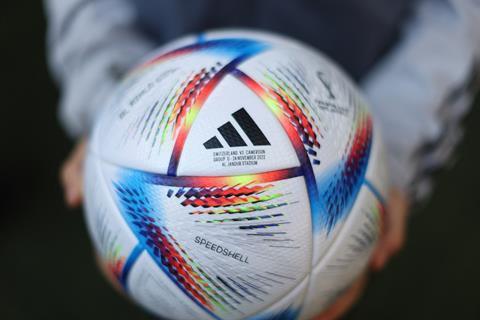 The 2022 World Cup is in full swing, but I refuse to watch a second of it.

Some have voiced their opposition to the event but now that it’s arrived, will still watch it on TV. However, I believe that viewing this sporting event runs the risk of justifying the exploitation, corruption and death that it has taken to get here.

I love football and am often obsessed with it. Ask me who the 12 disciples were, and I think I could name about five of them; ask who the starting 11 were for Italy in the 2006 World Cup final and I’ll ace it. I could even tell you the subs.

Thousands have been exploited and killed so that the World Cup could be held in Qatar. I can’t have it on my conscience if my viewership would be a justification for sponsors, TV providers, advertising firms, governing bodies and football associations to say, “yes, it was all worth it; see you in four years”.

Jesus is a figure of justice; he fights for the poor and supports the broken. The only World Cup tables he would be interested in are the ones he could overturn.

It’s true the process for who hosts the World Cup has always been controversial, corrupt, and flagrantly abusive. And this was seen in 2010 when FIFA accepted the Russian 2018 World Cup bid. Hindsight is 2022 but compared to the outcry that Qatar is facing, you could compare the backlash for Russia to a whisper. It’s always gone to the highest bidder, not the most deserving.

At this point I can only acknowledge my miscues and faults. I have ignored human rights issues in previous years to enjoy the footie. But no longer…

I can admit there should have been a bigger backlash to the news that Russia would host the tournament. But that needn’t stop me (and others) from protesting and boycotting the Qatar World Cup.

Football has an exceptional ability to unite people, but the actions of FIFA and Qatar are so blatantly malevolent that it’s enough to knock even a confessed fence-sitter like me off my comfortable perch.

There has been a lot of scrutiny about how Qatar, a conservative Islamic nation will ensure the safety of fans whose sexual orientation is anything other than straight. Homosexuality is illegal in Qatar, and although the state has assured that those under the LGBT banner would be free to express themselves, a senior ministerial official overseeing security for the football tournament said that rainbow flags might be confiscated from prospective visitors “for their protection”.

Although he was there to protest, the arrest of Peter Tatchell, an LGBT advocate who travelled to Qatar, corroborates this behaviour. And most recently, a Qatar World Cup ambassador has received criticism calling homosexuality “damage in the mind” to a German broadcaster.

Modesty is another uncomfortable issue. In 2014, a statement was released asking female tourists going to Qatar not to wear leggings, miniskirts, sleeveless dresses, and short or tight clothing in public… in a country with a high of 29 degrees celsius in November.

Many are also concerned about the habits of passionate football fans. Unsanctioned alcohol use can lead to up to six months of prison time which Qatar might alleviate for the World Cup, as they have made other concessions, but we can’t be sure.

I’m sure many wondered why the World Cup is being held in November; the tournament has always been a summer affair. As Qatar has a desert climate, they deemed it unwise for the players and fans to participate in the stadiums when the temperature can get up to 50 degrees. It’s a shame they didn’t take that level of precaution with the people who built them.

Even though there have been countless promises to reform exploitative practices, Qatar is still riddled with accusations that their workers, mostly migrants from nearby Asian countries, are subjected to slave-labour conditions. The reported salary for many of these workers is around £1 an hour, and Amnesty International stated that most work over 14 hours a day. This work is all under a hostile, brutal sun where those unable to work are merely cast aside. The workers are then taken from the stadiums back to a compound similar to a refugee camp, where they have assigned bunks to do it again the next day. The death toll is rumoured to be upwards of 6,000.

Why don’t they leave their horrible situations? Well, most of the time, they need work; they are there to support their families at home, so many are bound for that reason. The second and more sinister reason is that most don’t have a choice. Many workers were subject to the Kafala system, which binds workers through a contract to a Kafeel (sponsor), who controls their immigration status. The Kafeel has complete control over contract terms, including wages and accommodation. It is common practice for the Kafeel to take the worker’s passports away, so they have all aspects of their lives coerced and controlled, with pay often withheld for months, and workers can do nothing but wait.

Although the state officially outlawed Kafala in 2020, many say it carries on unofficially.

Where do we go from here?

The World Cup is underway and is still proving incredibly popular. My church even sent letters explaining how it will move its carol service as it clashes with the final (opinion is strongly divided on the issue).

Morality is icky in today’s world; so much of what we have and what we own has had some exploitation in its journey to us. But even then, I believe that if we watch the World Cup, some people really can get away with murder.

I can’t find it in my conscience to justify watching the World Cup, and I don’t think Jesus would have, either. It’s easy to feel like what you do doesn’t matter in the grand scheme of things, but we are not called to change the world. Instead, we are called to love God and our neighbour so that the world changes by virtue of being Christ-like.

If over the 20 years of I’m a Celebrity, get me out of here, you found out that 6,000 people died to make it, you wouldn’t watch it. So why watch the World Cup?

James PrattJames Pratt studied Journalism and Communications at Falmouth University. He is a production assistant at Premier Christian Radio but writes here in a personal capacity