Hans Küng (1928 - 2021): The controversial Catholic theologian who challenged the establishment 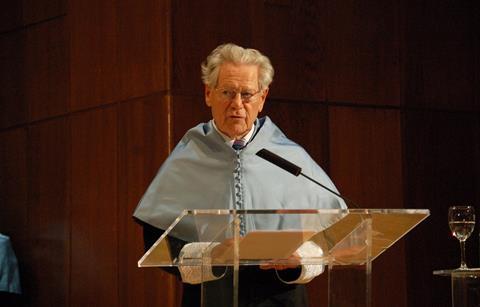 When the Roman Catholic theologian Hans Küng, who died on April 6, wrote On Being A Christian, it became one of the biggest-selling books on religion of the twentieth century. At the time of its publication in Britain in 1978, it was praised as one of the most gripping volume of Christian apologetics written in the last 100 years.

On being a Christian

On Being A Christian bore all the hallmarks of Küng’s approach: he used direct language, rather than theological jargon, to argue his case, while not losing any of its scholarly approach and coherence. Küng asked, at a time when Christianity was perhaps losing some of its confidence in the face of increasing secularism – at least in Europe – why should one be a Christian? He spent 600 pages exploring the issue but ultimately concluded: you should be a Christian in order to be truly human. He went on to explain that “Faith in Jesus the Christ gives peace with God and with oneself…it makes man truly human…open to the very end for the other person, the one who needs him here and now, his neighbour”.

While Küng had immense impact on ordinary Christians through such books, he also profoundly influenced the thinking of the Second Vatican Council. But his relationship with Vatican officials was fraught, coming to a head in 1979 following his critique of papal infallibility, mandatory celibacy for priests and the papacy of John Paul II. The Vatican’s doctrinal watchdog, the Congregation for the Doctrine of the Faith (CDF), decreed that Küng could no longer be considered a Catholic theologian and removed his right to teach at the University of Tubingen, a pontifically-recognised university, where he was professor of theology. This censure was a terrible blow to Küng, who had dedicated his entire life to the Church and remained a priest until the end.

Born in Sursee, Switzerland in 1928, Küng went to Rome to study and was ordained in 1954. Spotted at an early age as a reforming thinker, he delivered a series of lectures on the future of the Roman Catholic Church just a week before Pope John XXIII called the Second Vatican Council. He acted as a theological adviser to the council for three years. While he was lauded for his ideas at first, he courted controversy with his 1971 book Infallible? in which he rejected the doctrine of papal infallibility.

Küng remained at theological odds with the Vatican, especially those who worked in the CDF, which from 1981 was headed by Cardinal Joseph Ratzinger, whom Küng had helped to gain his first professorship at Tubingen. While Küng went on to advocate that the Catholic Church become less centralised, the papacy less authoritarian and Vatican officials – who form the Roman Curia – less powerful, Ratzinger became the Church’s enforcer of the status quo. Küng was particularly critical of Ratzinger’s CDF document, Dominus Iesus, which said that post-Reformation denominations were not churches but ecclesial communities. Küng called the text “absolutely impossible”. But in 2005, the pair of old adversaries met for a long conversation at the behest of Ratzinger after he was elected Pope Benedict XVI.

It did not, however, lead to a full rapprochement, for Küng remained convinced that the Catholic Church needed to go further and faster in its reforms. Tubingen supported him by creating him a chair in ecumenical theology, from which he continued to advocate closer dialogue between Christians and those of other faiths and none, hoping to develop a “global ethic” for the betterment of society. He also continued to campaign for a more open Catholic Church and warned of corruption, whilst also questioning its opposition to birth control and abortion. Towards the end of his life, as he suffered from Parkinson’s Disease, he also advocated euthanasia, further scandalising some Catholics. He argued until the end for the need to implement the reforms of Vatican II and welcomed Pope Francis’ different style to his predecessors. In turn Pope Francis responded warmly to Küng’s call for further dialogue over papal infallibility.

To some Catholics, Küng was plain wrong and a heretic; to others he was a self-promoting superstar. Plenty thought him prophetic. One thing remained constant throughout his long life and during his final years of ill-health: an unwavering faith in Christ and in his redemptive power.