The first Harry Potter film, Harry Potter and the Philosopher’s Stone, has just turned 20 years old. But did you know one of the most important lines in the entire series is actually a quote from the Bible? 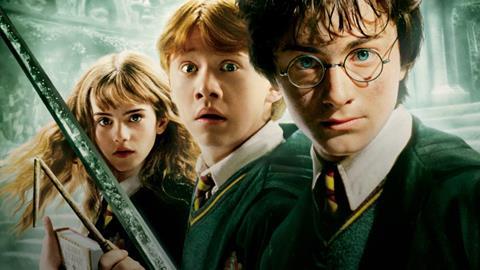 After the publication of Harry Potter and the Deathly Hallows, the final installment in the series, J. K. Rowling said, “To me, the religious parallels have always been obvious…But I never wanted to talk too openly about it because I thought it might show people who just wanted the story where we were going.”

Add to that the criticisms that some prominent Christian leaders levied against the book series when it was first published, and the result is that many people, Christians included, are unaware that echoes of the gospel reverberate throughout the Harry Potter series. Here are three noteworthy examples.

An act of sacrificial love is how the story begins. The seemingly invincible Voldemort is vanquished after Lily Potter gives her life to protect her son. As Dumbledore tells Harry at the end of the first book, “Your mother died to save you…To have been loved so deeply, even though the person who loved us is gone, will give us some protection forever.” And interestingly, the power of this love lies in Lily’s shed blood. This is why Dumbledore asked Lily’s sister, Petunia, to take Harry in. He explains to Harry, “Your mother’s sacrifice made the bond of blood the strongest shield I could give you…While you can still call home the place where your mother’s blood dwells, there you cannot be touched or harmed by Voldemort. He shed her blood, but it lives on in you and her sister. Her blood became your refuge.”

Behind all this talk of sacrifice and blood, though, is the idea that love is the most powerful form of magic in the wizarding world - even more powerful than death, according to Dumbledore. And here, we are very near the heart of the gospel because the Bible speaks often of the love, sacrifice, and even blood of Jesus. “This is how we know what love is: Jesus Christ laid down his life for us” (1 John 3:16). If you want to know what love looks like, the New Testament writers tell us, the place to look is the crucifixion of Jesus, where he shed his blood for the world. Here is a love that is stronger than death itself.

“The last enemy that shall be destroyed is death.” That is the engraving on Harry’s parents’ tombstone in Godric’s Hollow, and it also happens to be 1 Corinthians 15:26, one of two explicit quotations from the Bible in Harry Potter (the other being Matthew 6:21). J. K. Rowling has said that these two verses “sum up” the whole series, and therefore we should not be surprised that the attempt to conquer death is a major theme throughout the story. Immortality is Voldemort’s chief goal, and his path to attaining it is a dark one. It entails the creation of Horcruxes (objects in which he has hidden a fragment of his soul), a destructive process that can only happen through murder. Thus, Voldemort propagates death in his pursuit of conquering it.

At the end of the seventh book, however, Harry learns that he is the Horcrux Voldemort never intended to make. And in order for Voldemort to be beatable, Harry realises that he must give himself over to death. The only way to defeat death’s champion is to succumb to it himself. In a scene reminiscent of Jesus’ own agony in the garden of Gethsemane, Harry takes the long, harrowing walk into the Forbidden Forest and lets himself be hit with Voldemort’s Killing Curse.

The curse does not kill Harry, though, and he winds up in what looks like King’s Cross Station - a strikingly symbolic destination given that he has just mirrored the suffering of Jesus, the one who was crucified for being “the king of the Jews” (Mark 15:26). Here, he meets Dumbledore, who tells him that Harry is not actually dead, that the power of Lily’s sacrificial love has once again triumphed over death.

In the final chapter of the book, the echoes of the gospel become shouts

And in the final chapter of the book, in which Harry returns to his body, the echoes of the gospel become shouts. There are many resonances between this final chapter and the resurrection stories in the Gospels: the grief of Harry’s friends turns to joy when they realise he is alive (much like Jesus’ followers when they see him resurrected); Voldemort’s curses do not work properly in the final battle (likewise, the death and resurrection of Jesus have broken the power of darkness); the head of the snake Nagini is cut off (echoing the ancient promise in Genesis 3:15 that the seed of the woman would crush the head of the serpent); and the sun is rising over Hogwarts (just as Jesus rose on Easter morning).

In the Epilogue, we get a glimpse of what life is like post-Voldemort, and the last line encapsulates it perfectly: “The scar had not pained Harry for nineteen years. All was well.” The final vision of the Bible is similar, in which there is “no more death or mourning or crying or pain” (Revelation 21:4). In other words, it is a world that the Harry Potter series is an echo of, in which truly the last enemy death has been destroyed.

Clay MyattClay Myatt is a pastor and author of the book Echoes of the Gospel in Harry Potter.