Christine Noble was a gifted and passionate Christian leader who fought for other women to be free in their callings, says Sue Rinaldi 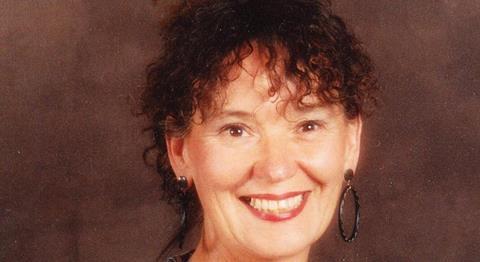 I remember the day I met her. I was 19, maybe 20. I had already seen this mighty enigma of a woman from afar speaking at various conferences and discussing challenging issues such as women in leadership. She did all this in a style that was as agile and as adept as an Olympic champion who had clearly dedicated themselves to a mission.

Surrounded by predominantly male church leaderships, or contexts where females were simply the ‘spouses’, she had stature in abundance, and alongside her husband John, modelled a refreshing and redemptive equal partnership of differing gifts. As a radically thinking young woman, I was relieved. Actually, more like ecstatic!

So, when Christine Noble first visited the house church I attended in Southampton, I was ready! Ready to listen. Ready to learn. This began many years of being an extremely grateful recipient of her influence and inspiration, where I was not only privileged to call her a role model, but also to call her a friend and to serve alongside her at many events and conferences.

with forthright clarity, she confronted the religious boundary lines that prevented women from taking their rightful place in God’s plan

She would speak passionately about the Kingdom of God and about living free from all that would impede or corrupt our Christ won freedom; she would leave trails of spirit disturbance as she ushered in heavenly touchdowns after discerning powers and principalities that were not welcome, and she would lucidly communicate her weighty and wildfire passion to see women reach their full potential in Christ in life and in ministry. For me and for countless others, women, and men, her shaking of the ‘role defined by and according to gender’ tree was where she shone as bright as a laser beam.

Her book, What in the World is God Saying About Women? published in 1990 by Kingsway, created tidal waves of response. I can imagine shouts of ‘hallelujah’ and ‘about time’ being punctuated by appeals for calm and dutiful devout reticence. Yet, in true Christine fashion, the book boldly and prophetically unravelled centuries of dogmas and prejudice towards the XX of our species, and with forthright clarity, she confronted the cultural, historical, and religious boundary lines that prevented women from taking their rightful place in God’s plan. She was not recruiting foot soldiers for a Christian battle of the sexes, but rather she was leading the charge "for a fresh understanding of what God’s word truly says and of the dignity which Jesus brought to all creation.”

Those words, quoted from her book, afford us precious insight into her heart. Her desire to confront centuries of damage and distortion, particularly where women have been silenced and subjugated, and her intrepid ability to war in the spiritual realm against forces of evil that seek to corrupt and contaminate, was essentially because Christine loved God, loved freedom, and loved people! She wanted all people to know the love and freedom only God can bring.

After battling dementia for many years, Christine finally went to be with Jesus on Saturday. Her husband John and their family have been amazing and indefatigable in their devotion, care, and adoration of her. Tributes have poured in from people around the world, giving voice to her impact and influence upon them, affirming her legacy will live on in countless lives and indeed, across generations.

She was a warrior. A mother (both spiritual and actual). A wife. A role-model. An agent provocateur. She axed down trees of limitation and foliage of restriction so others could roam free on clearer, cleaner, and never-say-never lands. She climbed ladders to pull down the low ceilings that were shielding our eyes from bigger destiny-skies.

I remember her sitting on many an event platform party or in a conference, and there she was…crocheting! How marvellous! I remember my first ever trip to the USA was with John and Christine. Being rather scared of air travel and especially turbulence, I will never forget her response when I timidly admitted my fear. “Oh, it only starts to get exciting when turbulence happens.” (How very Christine of her). And then I remember a conversation espousing the wondrous fruit smells of shower gels and hand creams. Obviously not charmed by these products, Christine defiantly remarked, "Who wants to smell like a strawberry!?"

For all these memories and more…for everyone she’s influenced…for every church she has served and shaped…for every nation she has embraced…we honour you as a freedom-fighter…our very own statue of liberty!