Explained: Why tensions are running high in the CofE’s church planting row

One group wants to turn the established Church upside down in an effort to halt its decline. But the other faction feel just as strongly that doing so could obliterate what is most important about the Church of England 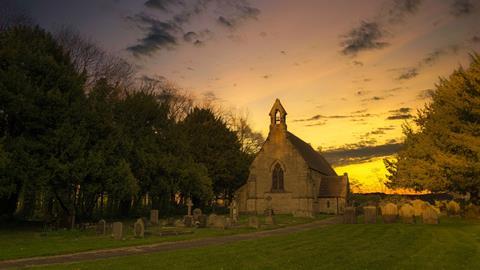 As it tends to do every few months, the Church of England has once again descended into furious internal wrangling.

Former archbishops have issued calls to “rally the troops” and save the Church, pressure groups are forming, and Anglican Twitter is ablaze with claim and counter-claim.

This time, the row centres on a supposed conflict between the parish system and a new wave of church plants.

The current farrago was sparked a few months ago by the announcement of ambitious targets to plant 10,000 new churches. But to understand it fully, you have to wind the clock back a lot further.

Since the medieval era, the basic structure of the Church was founded on the parish system – every inch of England sat in a distinct local district, served by one priest leading one church. But beginning in the 1980s and 90s, a small number of Anglican churches began planting new congregations. Sometimes they took over other parishes which were declining, but they also began opening brand new churches which superseded the parish system entirely. To this was soon added movements such as Messy Church and Fresh Expressions, innovative and informal kinds of worshipping communities which gathered outside the traditional Sunday church service, perhaps in a pub or around a toddler playgroup.

Then about a decade ago the church planting movement was turbocharged. Specific funding was released from the national Church’s coffers for a huge increase in so-called “city centre resource churches”. Much of this money went into the Holy Trinity Brompton (HTB) network, which began sending out endless teams of clergy and lay volunteers to plant new churches in almost every diocese in England.

This all took place under the spectre of ongoing steady decline in numbers across the CofE. Year on year fewer and fewer people attended Anglican churches, and so more and more effort and money was poured into trying to arrest this decline by not solely boosting the existing parish network but setting up new congregations outside it, which often seemed to be more successful and dynamic.

It was into this context that the two Archbishops of the CofE – Justin Welby and Stephen Cottrell – introduced a new strategy and vision over the past year for the whole Church. This included a rough target of starting 10,000 new worshipping communities by 2030. By contrast, there are about 12,500 parish churches, so this would almost double the number of congregations in the Church in less than ten years.

Almost at the same time, the Gregory Centre for Church Multiplication, an Anglican organisation closely linked with HTB which also works with other denominations, announced a related but separate project called Myriad. Confusingly, this also contained a target to plant 10,000 new churches. Critically, however, the Myriad churches will be mostly led not by ordained clergy but lay people. Infamously, the head of Myriad said in passing these new communities could be formed more easily because they weren’t tied down by “key limiting factors” such as a building or a salaried vicar, who required “long, costly college-based training”.

It was this last, almost throwaway remark, which prompted the fiercest backlash. Anger, especially driven by a small but influential number of high profile vicars on social media, erupted throughout the church. Clergy were particularly infuriated at their ministry and many years of theological study being dismissed as “limiting factors” hampering church revitalisation. Many interpreted this as proof the national leadership of the Church believed theological training, beautiful and historic church buildings, and indeed ordination itself were a waste of time and money.

The heart of the debate

But as well as being focused on Myriad and “limiting factors-gate”, the row is really part of a wider longstanding culture war between factions within Anglicanism. The traditionalist and Anglo-Catholic wings of the Church see Communion as central to all Christian worship and because in the CofE only priests can celebrate the Eucharist, lay-led churches are mostly anathema. They also see the parish system as not just an odd historical quirk but core to what it means to be Anglican, a precious inheritance which must be preserved. By contrast, evangelicals (who predominate in the church planting movement) tend to be less concerned about Communion and do not see the parish system as sacrosanct. This makes them much less bothered by the idea of un-ordained church leaders planting new churches into someone else’s parish boundaries.

Evangelicals, including Archbishop Welby, tend to argue that the Church is dying and that therefore something new must be born to stave off extinction

Evangelicals, who include figures such as Archbishop Welby, tend to argue that the Church is dying and that therefore something new must be born to stave off extinction. Church plants often grow rapidly (partly by siphoning off young and committed congregants from the nearby, smaller and less exciting parish churches) and seem like the future. But the High Church traditionalists retort that having a local church in every geographic district, offering ministry to everyone and ensuring all have access to the sacraments, is not simply one form of church among many but essential. Evangelicals then respond by saying spreading out the fewer and fewer Anglicans among small, local churches is pointless when you could instead concentrate into larger, centrally-located church plants, unencumbered by bizarre, medieval parish rules and able to offer more dynamic outreach.

From the still burning fires of this conflict a new movement has arisen – Save The Parish. Launched last month, this group is mostly drawn from the Anglo-Catholic and traditionalist wings of the Church (although it has some unexpected allies such as the evangelical former Archbishop of Canterbury George Carey). It believes Myriad and related projects are not simply misguided but part of a concerted effort to abolish the parish system somehow. Save The Parish boils over with frustration at the perception all the money and energy in the Church is directed solely at extra-parochial activity, which ensures the eventual death of the parish church is a self-fulfilling prophecy.

But it also is driven by the same broader theological culture war. Is the parish church, with its weekly Sunday Communion service led by a priest who spent three years studying theology, simply one way of doing ministry in the 21st century, or fundamental to Anglicanism? They believe the powerful evangelicals steering the CofE towards novel church plants and fresh expressions are fundamentally not true Anglicans and would be equally happy working with Baptists, Methodists or even non-denominational churches.

Those on the traditionalist side believe a Church without its sacraments, priests and buildings is not worth saving

At the launch event for Save The Parish, Alison Milbank, an influential theologian, stated it plainly: “We are at crunch time. Are we the CofE with its reformed Catholic character, its sacraments, orders, and liturgies, and its parish witness, or are we a Nonconformist sect? There are hard decisions to be made in a Church during a period of secularisation and atheism, but they should be taken by those who love the Church of England.”

The future of the church

Save The Parish is now trying to build a critical mass of supporters in the new General Synod (the governing body of the CofE which will be elected for a new term soon). This faction hopes to fight back against the bishops and others by refusing to vote through their budgets and plans if they do not invest in and preserve traditional parish structures. Of course, at every stage these same bishops and leaders have insisted this is all a huge misunderstanding. Again and again the message has come that there is no desire to supplant the parish system and instead the 10,000 new churches will complement and supplement the existing 12,500. At the final meeting of the current Synod, Archbishop Cottrell said clergy were indeed a “limiting factor”, but only because the Church did not have enough of them.

But this reassurance rarely calms fears, because fundamentally the row is not really about formal policy or targets, but culture, tradition and gut feeling. It’s the culmination of several decades of alienation between different wings of the Church, all working under the suffocating pressure that they could be the final generation of Anglicans in England if they cannot turn things around. This probably explains the apocalyptic language used by Save The Parish and its supporters, ignoring the mollifying tones coming from their opponents. Closing the organisation’s launch event last month, the leading Anglo-Catholic vicar Marcus Walker said simply: “This is probably the last chance that we have to stop this drift and save the system that has defined Christianity in this country for 1000 years.”

Some on the evangelical wing feel being ten minutes to midnight means nothing, however radical, is off the table. Others on the traditionalist side believe a Church without its sacraments, priests and buildings is not worth saving. This is at heart what the row is about. One group wants to turn the established Church upside down in an effort to stop it withering away into nothingness. But the other faction feel just as strongly that by trying to arrest generations of decline, the leadership might, whether by accident or design, obliterate what they love and what is most important about the Church of England. Which side wins this battle may end up defining the future, or lack thereof, of the oldest and largest denomination in Britain.