It used to be easy to recite the Lord’s prayer. It isn’t anymore 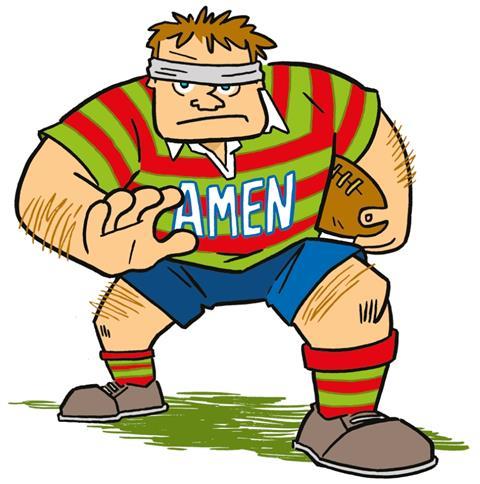 Even before I was a follower of Jesus, I would rattle off the Lord’s Prayer. Emanating from our school assemblies, the sound could be described as ‘reluctant unison’. There was a sleepy and contented cadence to it, which perfectly matched my 9am energy levels.

I liked that it was brief and to-the point, unlike the unwieldy improvised prayers at the charismatic church my parents attended, which had themes, characters and subplots woven through them. They seemed to go on forever. It was like hearing initial drafts of unpublished Tolkien novels – some portions even seemed to be spoken in elvish!

I still have a lot of fondness for the Lord’s Prayer, but I also find it immensely challenging.

“Thy kingdom come, Thy will be done…”

When I pray ‘off-script’ I usually wind up praying the exact opposite: “My will be done.” The Lord’s Prayer is rightly named – it is our opportunity to pray the Lord’s desires into being; to surrender our own prayer in favour of his better one.

“Give us this day our daily bread…”

All my life I have been privileged to gloss over this line as my bread bin has overflowed with starchy Irish carbs. I have prayed for provision, but in the back of my mind thought I could provide for myself. Being a professional ‘gatherer of crowds’, living through a global pandemic has changed all that, though. His mercies keep showing up on my doorstep like manna, but the prayers for daily bread are anything but perfunctory now. More like white-knuckled; saturated with meaning and intensity.

“Forgive us our trespasses…”

This line offends me every time. But I think it’s meant to be offensive. Jesus’ template for prayer doesn’t give space to defend or explain away my selfish behaviour. It certainly doesn’t allow room for passing the buck. It just assumes that I’ve messed up. And that assumption is always hurtful…and accurate.

“…as we forgive those who trespass against us…”

If facing up to my own sin is hard, being asked to reconcile with those who have sinned against me is even harder. What’s especially provocative is the sense in which receiving forgiveness is seemingly conditional upon and weighted against my own ability to forgive. Grace is famously free, but it’s not cheap.

“…yours is the kingdom, the power and the glory…”

I didn’t stumble into a career in which I quite literally stand in the spotlight by accident: I love it there. And I’m aware that this is a character flaw (one of the aforementioned trespasses) but I really enjoy the glory. This portion of the prayer is crucial reorientation. A reminder that I’m never supposed to be the main attraction but rather a signpost.

I’m glad that the Lord’s Prayer no longer easily rolls off the tongue. ‘Easy’ isn’t the appropriate difficulty level for those desiring to effect spiritual transformation. As every rugby coach I’ve ever had has reminded me: “It’s in the challenge that we are changed.”

So, when this prayer seems to ask too much of me, or forces me to confront a harsh reality, I say “bring it on”. Or, if you prefer the Hebrew version: “Amen”.