Meet the Scottish church leader who wants to decriminalise drugs

Scotland has the highest drug death rate in Europe. The new Moderator of the Church of Scotland, Rev Iain Greenshields, tells us that ending the criminalisation of drug possession could help solve the problem 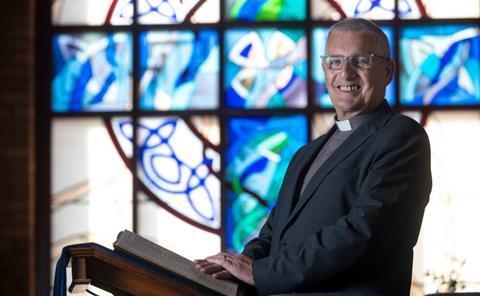 The Church is like a tanker in the ocean: you can’t turn it around overnight.

I hope that, as a Church, we continue to get the message that the only way forward for the Church is mission. I see that being articulated by ministers throughout the Church of Scotland again and again: we’ve got to get back to our core message.

We’ve got to get back to the gospel of Jesus. We’ve got to articulate it in a clearer way so people understand it. And we’ve got to see that as our sole responsibility. But before that will ever become a reality, we’ve got to make our connections with society more meaningful as well.

An epidemic of addiction

I sincerely believe that it’s only through a personal faith in Jesus Christ that a life can be healed.

I’ve seen that again and again, and that was very apparent in my own life when I became a Christian. But the situation with drug addiction and drug deaths in Scotland is reaching almost epidemic levels, and we’ve got to be pragmatic about that.

I’ve worked in Glasgow and Greater Easterhouse for nine years. I’ve been part of parishes with great social challenges. I was a prison chaplain at a young offender’s institution, at Shotts prison, as well as a psychiatric chaplain. Locking people up doesn’t work. People need help with their addictions.

It needs to be substantive help - not just a week here or a couple of weeks away somewhere else. They need long term help to address the issues that are causing addiction.

When a life can be transformed over time and with counselling, it’s not just that life transformed, but society becomes a better place as well. Putting people into prison just criminalises them.

How much are we paying to keep addicts in a holding situation, but not really addressing the real issues?

16 years ago, I was a chaplain in a remand institution. Recently, I met a young guy who came into our church because he was starving. He was on drugs, and we started talking. He said to me: “I recognise your face. Were you our chaplain in the remand prison?” and I said: “Yes, I was.” He’d been in and out and in and out of prison. And it was drugs - stealing in order to keep his habit going. Prison had done him absolutely no good. What did it cost the system? How much are we paying to keep addicts like him in prison, in a holding situation, but not really one that addresses the real issues that can transform somebody’s life?

Some of the best addiction services that I’ve come across have been through the Church. But there’s a limit to what the church can do, because there’s a limited amount of resources being made available to enable a third sector to grow these kinds of resources.

We need to pray that both local and national government stop seeing the Church as some kind of enemy. Often, if a church says: “We want to do something for the substantial number of people in our community who are really struggling with addiction issues, will you help fund this?” they don’t do it. They won’t do it because it’s a church, a faith body. We have to address that issue.

We have to pray that there’ll be an opening up of people’s hearts and minds to releasing funds to organisations who are on the ground - and not just the Church of Scotland, but across the denominations.

At the end of the day, it all revolves around Jesus. It revolves around us reconnecting with a living faith, and expressing that living faith in ways that people understand. It’s how we behave towards people and what we say. It’s trying to get people to connect meaningfully with faith. That’s got to be where we are, not just in the Church of Scotland, but that’s got to be the message of the Church across the whole of Scotland.

Rev Iain Greenshields is Moderator of the General Assembly of the Church of Scotland and minister of St Margaret’s Community Church in Dunfermline, Fife. He was speaking to Kelly Valencia on Premier Christian Radio