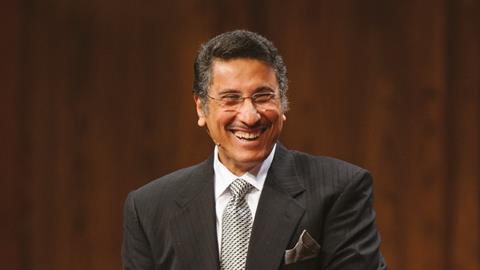 As he celebrates 20 years of his ministry, Leading the Way, the forthright evangelist shares his passion for proclaiming the gospel

Michael Amerhom Youssef doesn’t pull his punches. Within minutes of our meeting, the 73-year-old preacher was holding forth on “the woke movement”, warning that Black Lives Matter was “Marxist” at heart, “based on a lie” and wanted to destabilise Western democracies.

Dr Youssef has strong political views (as I was discovering). But he’s much better known for his theological stances. Born in Egypt, he went on to become the founding pastor of The Church of the Apostles in Atlanta, Georgia.

In the decades since, his fervent gospel preaching and unequivocal style has won him large audiences all over the globe. While some ministers might avoid preaching on controversial topics, Youssef positively embraces them. His website describes him as “passionately proclaiming uncompromising truth”.

The evangelist’s sermons are broadcast across the world, including here in the UK where they feature daily on Premier Christian Radio. Hundreds are expected to gather in London next month to celebrate the 20th birthday of the UK arm of his ministry, Leading the Way.

In person he comes across almost exactly as he does in the pulpit – passionate, unashamed, a story for every answer – and, following a health kick in his 60s, with the drive and energy of a much younger man.

His determination to reach the world for Christ has only increased with time – his latest goal is to see 1 million souls saved by 2025. “How’s progress looking?” I ask him. “I let the bean counters in the office count,” he smiles. “I stay on the gospel message.”

You were raised a Christian, but rebelled against it. When you came back to God as a teenager, it was a special moment for your mother especially, wasn’t it?

My mother was told by three different doctors that she needed to abort me because her health would not sustain it. My parents’ pastor said: “Don’t go through [with] this, because I feel he or she is going to serve the Lord.” My mother was puzzled, but she was a godly woman. She prayed, took that as a word from the Lord, and went through with the pregnancy.

I had the privilege of knowing her for 16 years. God spared her life after my birth, and I knew her to be a prayer warrior who literally prayed me into the kingdom. I came to the Lord on 4 March 1964. She died in July of that same year. She kept saying: “I have the joy of knowing that you have come to the Lord and that my risk was not for nothing.”

How do you keep yourself spiritually fit?

Some years ago I was running haggard, and the Lord said to me: “You cannot minister to people until you have ministered to me.” So I cancelled all my breakfast appointments. The first fruit of the day now belongs to the Lord.

I have not used an alarm in 32 years. The Lord just wakes me up at 4.30am and I start my time with him. Two and a half hours later, I do some work and emails.

I tell younger pastors: “Look, when you meet Jesus face to face you want to hear him say: ‘Well done’, not: ‘Much done’.” I’m not going to tell Jesus how many books I’ve written or how many sermons I’ve preached, but how faithful I’ve been. Without spending time in intimacy with God, you’re spinning your wheels.

We’re recording this interview on the hottest day of the year. How would you describe the spiritual temperature of the UK right now?

It gets cooler every time I come here. And I think we’re facing the same issues in the whole of the Western world, with the rise of this woke movement.

Some Christians would define woke as just being aware of racial or gender injustices, and say that we’re called to justice as Christians. What’s wrong with that?

It’s a false movement. It’s based on a lie. Some of the leaders of Black Lives Matter in America have raised millions, and bought a $6m property. Black Lives Matter is a magnificent [phrase]. But they really don’t care, they just want to stir up trouble.

The whole thing comes out of a Marxist book by a professor named Howard Zinn. And he started this whole thing in the 1960s. Marx’s movement was based on Kierkegaard’s philosophy, where he says you have got to create a division in society between the proletariat and the public, and keep hammering away until society collapses.

What’s a good Christian response to injustice, then?

So there is a biblical injunction for us to have compassion. But what grieves me is they’re getting swept away with falsehoods, because these groups of people basically want to make the government replace the Church. And all government is evil, I mean look what the government did 2,000 years ago – it executed and killed the only sinless God-man.

Governments do not exercise justice, because they’re evil in their hearts. Only those who know Jesus Christ as their saviour and Lord will exercise true justice. 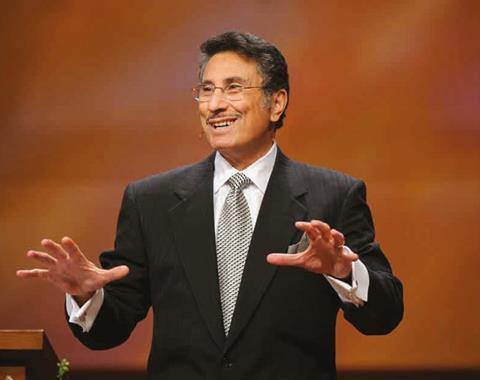 You’re known for preaching about weighty and serious matters; you don’t avoid talking about hell, for example.

When Jesus told the story of the rich man and Lazarus, they both went to two separate places, separated by a huge gulf. And one minute in hell made that man an evangelist. “Father Abraham,” he cried. “Ask Lazarus to rise from the dead.

Because I have five brothers, I don’t want them to come to this agony” (See Luke 16:27). So who cannot preach on hell and tell people to escape it? The way of escape is the cross of Christ. So I don’t shy away from preaching the truth because, in the end, I’m going to be accountable. I call it the audience of one, which we’re all going to have.

You present the gospel in quite a hard way – how do you feel when other pastors say things like: “God wants to give you great big hug”? Does it make you cringe?

No, not cringe. I cry. I literally weep. Because it’s falsehood. Of course he wants to hug his children. But not hug a sinner and say: “Enjoy your sin, that’s fine. It’s OK by me.”

So you feel we don’t get access to intimacy with God until we’ve accepted Jesus?

Absolutely. It says: “Salvation is found in no one else, for there is no other name under heaven given to mankind by which we must be saved” (Acts 4:12).

We have preachers now selling 10 million copies of a book called Your Best Life is Now [sic]. Well, the best life is now for the non-believer, because the next one is going to be hell. But for the believer, this is not our best life. It’s our worst life, because heaven is going to be the place in which we’ll be spending eternity with Christ.

You’ve set a big vision for 2025: to see a million souls saved. What was the impetus for that?

When I turned 60, I was about 50 pounds overweight and the Lord brought me under conviction. So I lost weight, started working with a trainer, and now I have more energy than I’ve ever had.

I always set my goals on my knees. I said: “Lord. I never thought I could live to be 70. What do you have for me to do?” That’s when the vision was born. We ran [adverts] on commercial television all over the United States: Fox News, CNN, all the mainline news cables.

We’ve had 200,000 people visit the website findingtruepeace.com. And we have a group of retired pastors who take the calls if somebody wants to talk. Between them, they have led over 6,000 people to make a first decision for Christ.

How close are you to getting to 1 million?

Well, I let the bean counters count. I just keep doing my part. They tell me figures every now and then. And I say: “You know, I’ll let you worry about that.” I’m just going to carry on preaching, because I don’t want to get distracted. I stay on the gospel message.

Your ministry is celebrating 20 years in the UK. Why does this nation matter to you personally?

I’ve always believed I’m a product of the colonies. And colonialism gets a bad rap. Sure, there was some bad things, nobody would deny that. But there’s some good things. Missionaries came on the back of colonists; they preached the gospel, people were saved and movements were started. So I’m grateful for what the Lord has done through England and in the UK.

I met two gentlemen 20 years ago who said: “We’re going to start a Christian radio station in London and we want you to be on it.” We went for the ride! I have gratitude to God above all, for allowing us to have the privilege of ministering in the UK.

What do you want your legacy to be?

If I have something on my tombstone, it’s that: “He sought the glory of Jesus above all else.”

The glory of Jesus is the most important thing for me personally; it always has been and it intensifies with age. I think I’ll go crazy if I retire.

To hear the full interview, listen to Premier Christian Radio at 8pm on Saturday 3 September, or download ‘The Profile’ podcast.

Esther HighamEsther is a presenter on Premier Christian Radio. She has been dabbling in radio since her teens, and also spent a decade working in television production – starting out at children's BBC then going on to making documentaries for Channel 4. Now she juggles her time between Premier Christian Radio's Inspirational Breakfast, her film-making business and running around after their two school-aged children. She also leads worship regularly and runs a movie night at her local church. She is partial to cream teas, bonfires and spotty china, occasionally all at the same time.