The traditional biblical view of marriage is good news for everyone, says Andrew Bunt 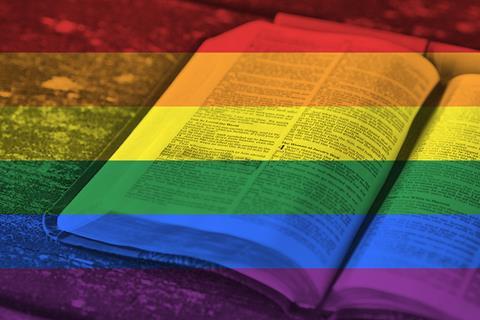 I’m a gay guy who loves what the Bible teaches about sex and marriage.

That might be a surprising thing to hear. The news is constantly telling us how homophobic and anti-LGBT Christian teaching is. Shouldn’t I hate the traditional biblical view of sex and marriage? Isn’t it unfair and oppressive to me?

I wonder if many of us secretly think it might be. Even Christians who believe in the historic Christian sexual ethic can often be apologetic about it.

But the Bible’s perspective on sex and marriage is actually good news for us all. Of course, there are things that Christians have said, thought and done in relation to sex and marriage about which we should be truly repentant. The church has often handled the topic of sexuality badly and we have hurt many people, especially LGBT people. But that hurt has come from our failure to properly understand and apply the Bible’s teaching, not from the teaching itself. The answer is not to change, ignore or hide what the Bible says, but to better and more fully understand and apply it.

Marriage can’t fully satisfy us, but it points us to the one relationship that truly can

Sex is part of the self-giving love of this illustrative relationship. And sex is powerful: through it, two become one (this is why so-called ‘no-strings sex’ is often more stringy than we might hope). This total, deep, lasting union is part of the picture of marriage. As a man and woman are united as one flesh through sex in marriage, so Christians have now become one spirit with Christ and in the future will experience deep, unhindered communion with him in the new creation. And this means that our sexual desires are also designed to be a picture; they are a picture of the longing that Christ has for us and that he wants us to have for him. And so, even for those of us who never have sex, our sexualities are not wasted, because they teach us about Christ.

This is the Bible’s good news on sex and marriage. And it’s this that makes sense of the Bible’s restriction of both to unions of one man and one woman.

Is it good news?

But doesn’t this deny some people (people like me!) the opportunity to experience real love and find true fulfilment? This is the problem many people see in the above interpretation of the biblical passages, but I think it’s a bigger problem for Christians who argue in support of same-sex marriages.

The traditional interpretation of what the Bible says means we can all thrive and flourish whether single or married. Single people aren’t missing out on the route to true fulfilment. If anything, single people have more freedom to invest in the truly fulfilling relationship to which marriage points us.

But those who disagree with the traditional biblical view say that such teaching denies people access to something for which we all have a need and a right. The implication is clearly that sex and marriage are vital for love and fulfilment. But there will always be those who for various reasons don’t get to have sex or marry, even if they’d like to. According to Christians who support same-sex marriage, these people are destined to be lonely, unloved, and unfulfilled through no fault of their own. This view actually makes too much of sex and marriage – they no longer point us to fulfilment, they are fulfilment. And in the process, true fulfilment is made inaccessible for many people. That doesn’t sound like good news to me.

Christians who support same-sex marriage end up doing exactly what they accuse traditional Christian teaching of doing: they condemn some people to a loveless, unfulfilled life. But the Bible’s teaching shows us that the relationship that brings true fulfilment is available to all of us – even to a single, celibate gay guy like me. That truly is good news.

Andrew BuntAndrew is part of the leadership team at King’s Church Hastings and Bexhill and is also a speaker and writer with Living Out. He studied theology at Durham University and King’s College London, specialising in biblical studies and biblical languages. He loves helping people to understand and apply the Bible and loves wrestling with big cultural issues. He is the author of ‘Who in Heaven’s Name Do You Think You Are?’ (Charis Books, 2014).