Nearly 600 homeless people were found dead on the streets or in temporary accommodation in England and Wales in 2017, new data from the Office for National Statistics has revealed.

This staggering number also represents an estimated 24% increase in deaths over the last five years. Although many of us have seen an increase in homelessness over the years, these are the first official government figures on this issue.

Just before Christmas, it was reported that a rough sleeper had died directly outside parliament. Many of us had thought that depictions of the poor dying outside the very institutions that were meant to bring them protection, were a thing of the past, confined to the medieval period. Not so.

The problem is now undeniable; society is becoming more fractured and desolate as each year goes by. The question we need to ask is what role does the Church play in all of this, and looking a little closer to home, as believers, are we doing enough to bring about meaningful change?

Fighting social injustice and working to bring comfort to those less fortunate than us has been a core pillar of the Christian movement globally. The Church has a long history of stepping in and leading the charge when it comes to tackling social issues: from encouraging personal charity to petitioning and lobbying for structural changes to society. 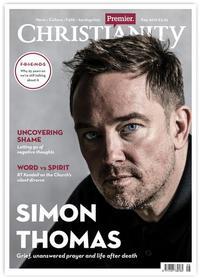 The 18th and 19th centuries were the golden years for the UK Church concerning social action. The Church played a monumental role in ministering to both the spiritual and physical needs of the poor. We would lead the way in building hospitals, providing adult education and schooling, reforming our prisons and abolishing slavery. Famous missions were born in this era, including the Salvation Army.

As an elder millennial, I'm worried my generation has forgotten this rich history and is falling short of continuing the legacy left for us. If you're not convinced by that, then ask any person under 35 what YMCA stands for. Few will reply "The Young Men’s Christian Association". Today, the YMCA is more likely to be associated with Chippendales.

The 20th century was a tough time for the UK Church, and a battle of theologies ensued, causing a breakdown in unity among those at the forefront of addressing social issues. The start of the century saw the rise of the Social Gospel Movement, a liberal theology with a strong emphasis on poverty alleviation rather than pronounced evangelism. Conservative evangelicals reacted strongly against the Social Gospel Movement, and this unfortunately caused a large-scale retreat of many Christians from the front lines of fighting social injustice.

Coupled with the global rise of prosperity theology in the late 20th century, this divide could not have come at a worse time. With individualism talking a stronghold in the worldview of many Christians, the wider Church, for perhaps one of the first times in history took a backseat on driving social change. Now, for many millennial Christians, social action is seen as a momentary right of passage, e.g. the obligatory mission trip abroad, rather than forming a central part of their Christian walk.

However, this growing disconnect is not just down to theological trends. Since the days of the formation of the Salvation Army, there has been a clean break between Church-led initiatives and state-provided social services. Social action was secularised and handed over to the government, forcing the Church to pivot its contributions. The irony, of course, is that despite this move, organisations like the Samaritans still plug many a gap in the system.

It isn't all bad news and we shouldn't overlook the way that many local community churches are driving social change in their vicinity. In my home church, I have seen first hand the powerful impact our community has had proactively demonstrating God’s love in the local area by addressing unmet needs. But the challenge with this scattered local approach is that it relies on the vision of a few, and it lacks the united fervour of our forefathers.

Jesus’ words still ring true today. The poor will always be with us. However, this is not just a gloomy projection for the future but a passionate personal call to action for each one of us. We each have the opportunity to demonstrate God’s love to helpless and hurting people. Will the Church be at the forefront of another big social movement? I cannot say, but my prayer will continue to be that we as believers move away from seeing social action as a checklist activity and instead of a way of the master.